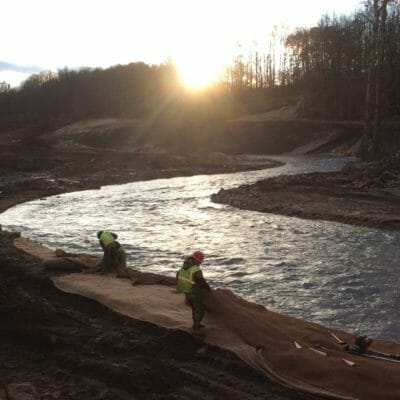 Trout Unlimited has been acting as a sub-contractor to provide construction oversight of the Boardman Dam Removal river restoration project in Traverse City, Mich., an effort that will continue through early 2018.    The Boardman Dam, originally constructed in 1894 as a hydropower generation dam, had no fish passage capabilities.   The project is one of three dam removals on the … Read more 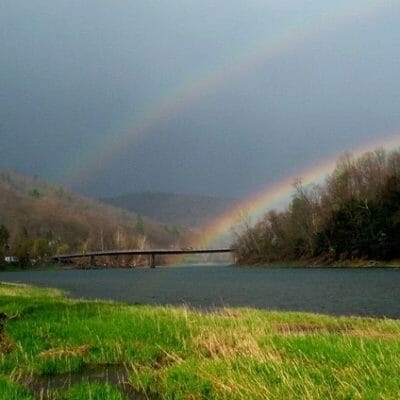 By Mark Taylor   In the early morning hours Saturday, Congress stepped up to protect one of America’s most historic watersheds.   The Delaware River Basin Conservation Act, first introduced in 2010 and long a priority for Trout Unlimited and our partners in the region, finally cleared both the House and Senate as a provision … Read more 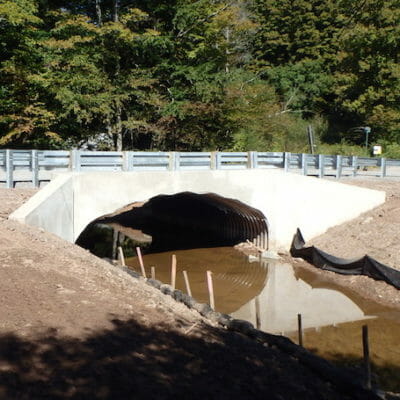 By Amy Wolfe   In terms of fish passage, a certain culvert on Pennsylvania’s Little Lyman Run in Potter County was about a bad as it gets.   Only 1.9 percent of predicted flows would allow adult brook trout to make it through the culvert on the small tributary to Cross Fork Creek, according to … Read more 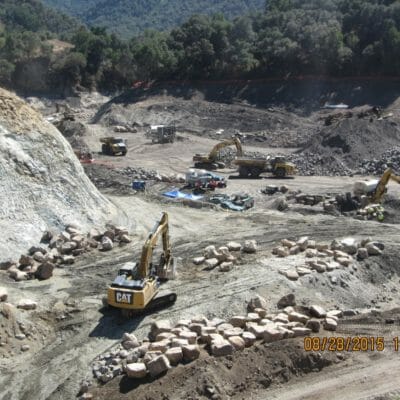 By Tim Frahm When steelhead and tractors occupy the same piece of stream, tractors typically win… and steelhead don’t. Sometimes, however, we need to stand up and cheer when we find big excavators, dirt trucks and earth-movers driving up and down in a riverbed.  Such a time is now for the Carmel River, one of … Read more 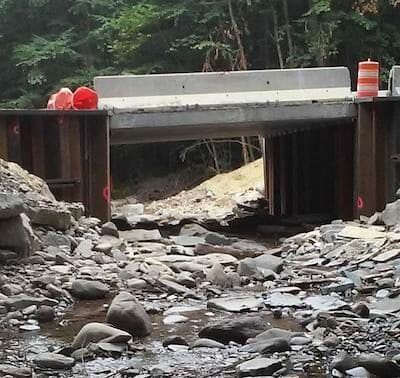 The new bridge opens up 2.3 miles of high-quality habitat on this important Beaverkill tributary.   By Tracy Brown   Trout Unlimited has completed the Horse Brook Culvert Replacement Project in New York, replacing an antiquated double barrel culvert with a new single span bridge. The culverts were undersized, perched and a barrier to fish … Read more 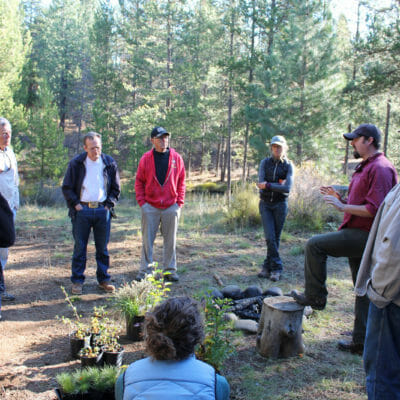 Spring is Around the Corner and Fall River Projects Begin this May   Fall River in Winter.JPG       As the weather warms, and our snow melts, we begin to get back into the field and start our planning for a busy 2015 on the Fall River.  With this mild winter, many of us … Read more 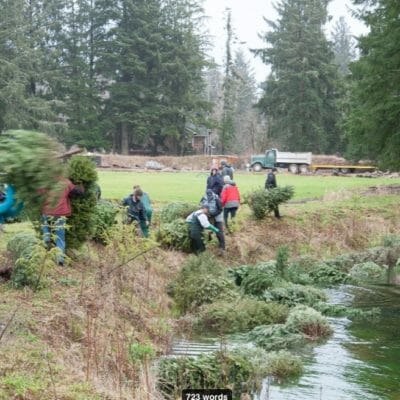 Christmas for Coho is proud to announce we collected 400 used Christmas trees this January, which will be placed in an off-channel wetland complex in Oregon’s Necanicum River as habitat enhancement for threatened coho salmon.    This project began in January of 2011 when the Tualatin Valley Chapter of Trout Unlimited started collecting used Christmas … Read more 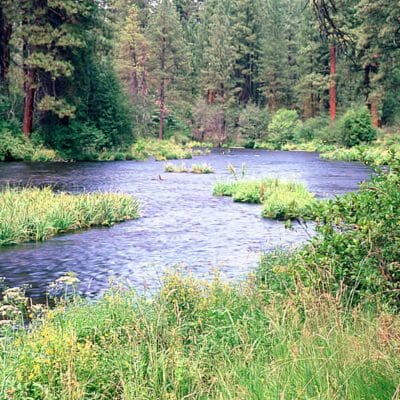 For the last two years, TU has been working to restore Oregon’s iconic Metolius River, a place that is well-known for its fishing opportunities, its scenic beauty and world-renowned recreational opportunities. For fly anglers, the Metolius is a special place with an amazing diversity of native and wild fish —redband trout, threatened bull trout, kokanee, … Read more