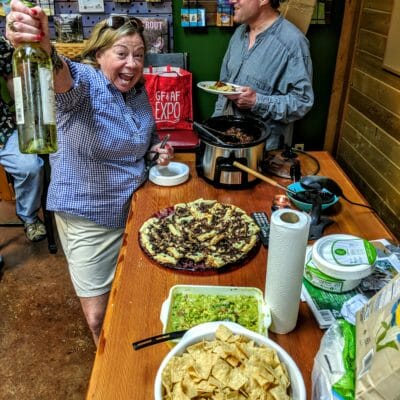 Molly Simpkins and Dan Gigone of Sweetwater Fly Shop in Livingston, Mont. Marketing a new book is a crapshoot, especially when it’s hyper-local content and writers are asked to a fair bit of promotion themselves to ensure the book’s success. So, when I visited Livingston, Mont., earlier this week for a book-signing and presentation at … Read more 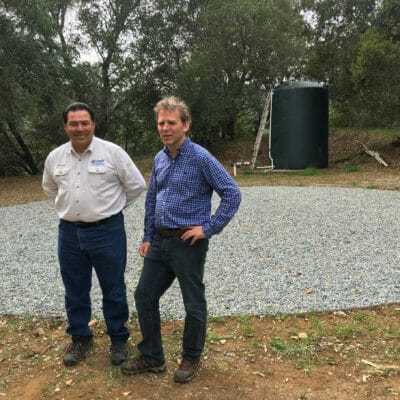 Herman Garcia (L) of CHEER and Matt Clifford, California Water Attorney for Trout Unlimited, at an off-stream storage project site along Little Arthur Creek. In 2006, the Pajaro River on California’s central coast came out of obscurity to make national headline—for the wrong reason: it was named the most endangered river in America. Historically, the … Read more 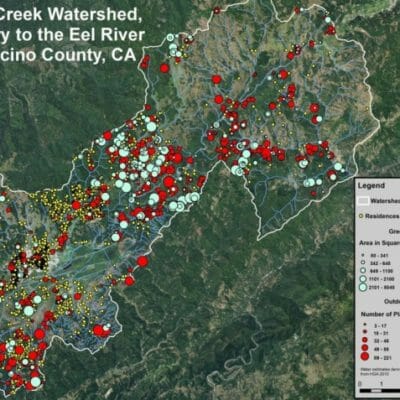 This graphic of a tributary to the Eel River shows the intense marijuana cultivation typical of many drainages in California’s Emerald Triangle. The large red circles indicate outdoor grows of more than 100 plants and the pot farms in this drainage alone require more than 15 million gallons of water per growing season. By Matt … Read more 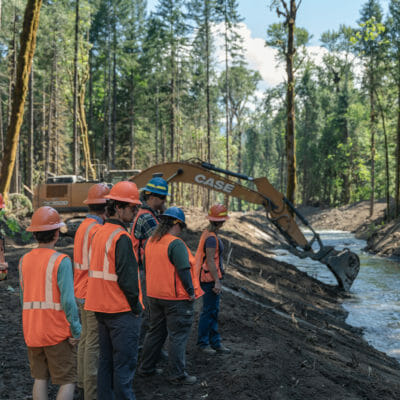 Editor’s note: TU sent a handful of college students to the Pacific Northwest for this year’s TU Costa 5 Rivers Odyssey to study and fish in the Columbia River basin. On the road to Cougar Dam in Blue River, Ore., there is a dirt road in Willamette National Forest that leads you to a squiggly hand-drawn “Road … Read more 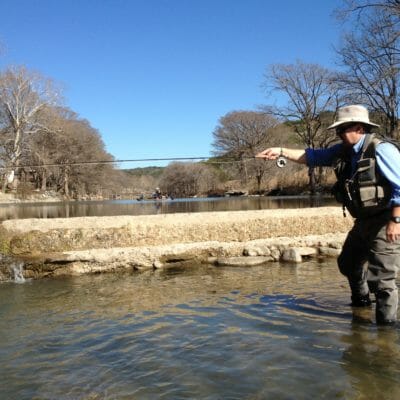 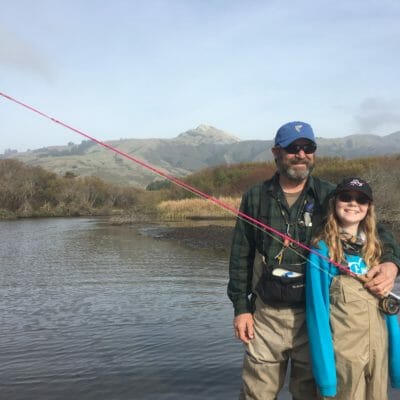 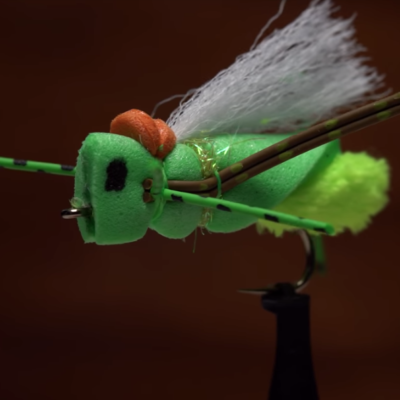 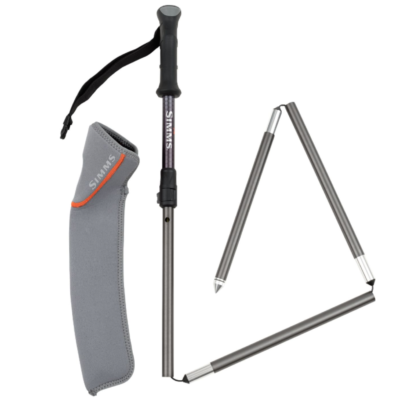 The UPS man came to the door the other day, a pretty big package in his hands. It was from Simms. Not too long ago, the arrival of orders from outdoor gear retailers would make me giddy. Soon, I’d have my hands on a new rod. Or a new reel. Some cool flies or lures. … Read more