Many conservation organizations are great at on-the-ground habitat restoration. Others excel at policy advocacy. Trout Unlimited is one of the few that shine at both. Our recipe for success is simple. We take the results and good-will generated by the partnerships, relationships, and in many cases, friendships created through our restoration work, and use that … Read more

Click HERE to see the full text of A Case for the Great Lakes. 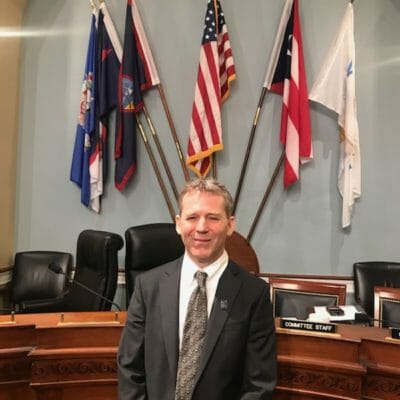 Trout Unlimited has many on staff and among its volunteer-members who are expert in policy issues related to trout and salmon conservation. Matt Clifford, attorney for TU’s California Water Project, is one. Clifford testified today at a hearing held by the Water, Oceans and Wildlife Subcommittee of the House Natural resources Committee, in support of … Read more

Stakeholders gathered for the last of three meetings in the Tri Cities Monday night to discuss recovery of Snake River salmon and steelhead. The meetings were part of the Washington Lower Snake River Stakeholder Process. Rob Masonis, vice president for western conservation at Trout Unlimited and one of the panelists told the crowd of nearly … Read more

Last week, the editorial board of the Idaho Mountain Express posed a critical question: When it comes to the loss of our salmon and steelhead, where’s the outrage? As salmon and steelhead populations have tanked in previous years, so too have the businesses and communities that depend on them. Across the Pacific Northwest, rural communities … Read more

In an email to supporters over the weekend, Oregon Representative Peter DeFazio voiced outright opposition to the Jordan Cove Energy Project proposal in Southwest Oregon. The project would include an export facility in Coos Bay, along with a massive 229 mile long 36 inch wide underground pipeline that would cross beneath a number of legendary … Read more