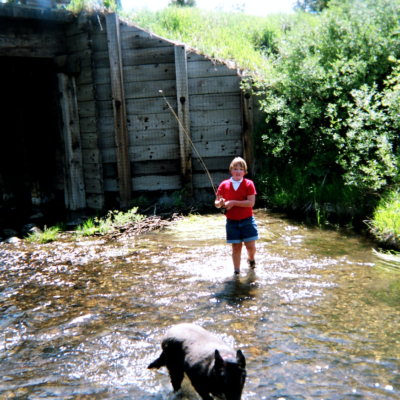 By Chris Hunt When she was 11 months old, Delaney took some of her first ungainly steps in the blond sand of Luffenholzt Beach and dipped her toes in the cold Pacific. When she was 2, she stepped barefoot into the frigid September waters of Toponce Creek, high in the Portneuf Range of southeast Idaho. … Read more 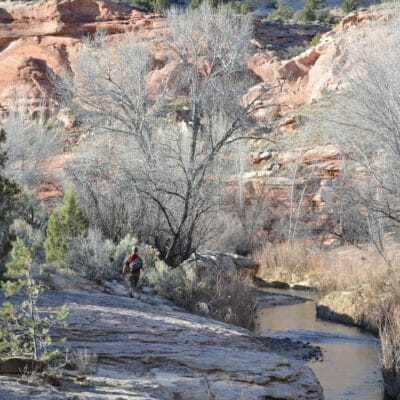 An angler walks along the Escalante River in southern Utah looking for native Colorado River cutthroat. Cliff Wirick photo. By Clint Wirick The red rock country of southern Utah is not often considered trout habitat for good reason. Many waters in the southern reaches of the second driest state of our country are too turbid … Read more 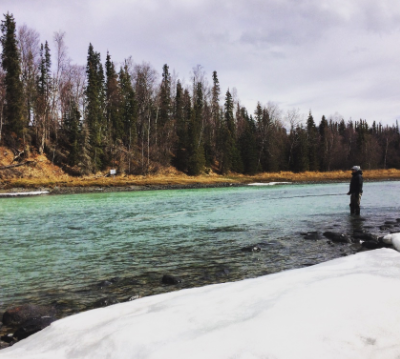 Outgoing president of the Southcentral Alaska TU Chapter, Shannon Carroll, waiting for the tug of a steelhead. By Eric Booton I tossed and turned all night. The image of the chrome sides of that fish on it’s first jump forever etched on my brain and I fear, doomed to haunt me until I get redemption. … Read more 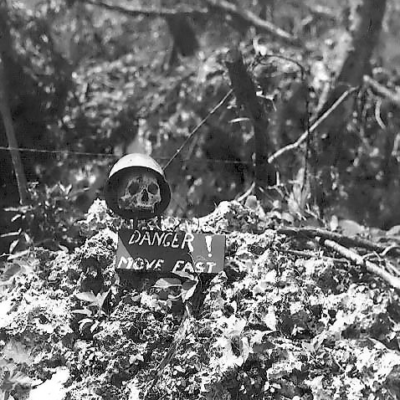 A front-line warning sign on Peleliu during World War II. By Chris Hunt My grandfather was an old man the last time we fished together on Robinson Creek, not far from where it leaves the boundary of Yellowstone National Park and flows into Idaho at the depths of a thigh-busting canyon. We’d walked in from … Read more 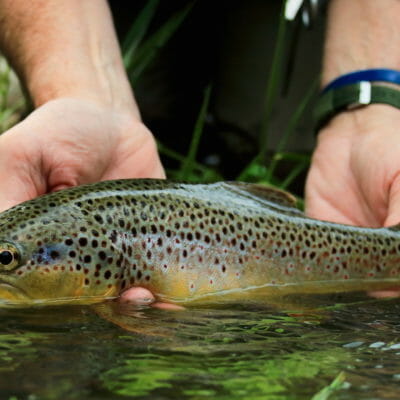 Fish like this stout wild Pennsylvania brown trout have helped TU staffer Chad Chorney’s transition from the West to the East. By R. Chad Chorney “What? You’re moving from Idaho to Pennsylvania? Why would you ever do that?” I can’t tell you how many times I received that reaction from friends and colleagues when I … Read more 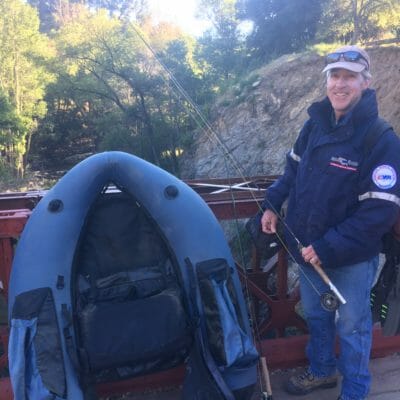 By Sam Davidson If given the choice between fishing while standing in water and fishing while sitting in it, I nearly always go for the upright option. Maybe that’s because I didn’t spend much time in boats, rafts or other flotation devices as a kid, wher eas I spent plenty of time wading in rivers … Read more 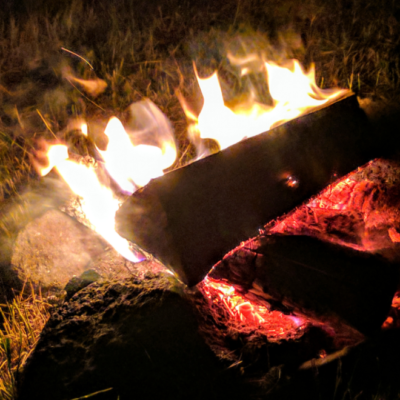 By Chris Hunt Sometimes, being by yourself is all the company you need. Stretched out in a camp chair in the night-time chill of the high desert, the crackle of a small fire and the enthusiastic yips from a family of coyotes break the wild silence. The full moon is about to appear over the … Read more 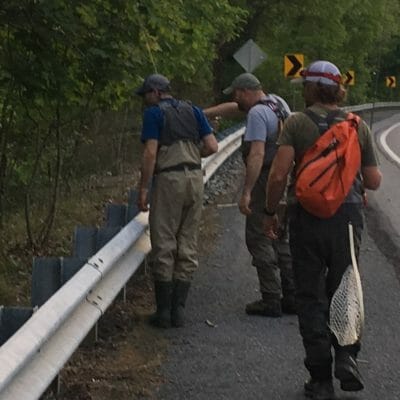 By Mark Taylor Scenic and peaceful, this place was not. We were walking on the shoulder of a busy highway in Eastern Pennsylvania, Joe Baylog leading the way. We were in the area working on a film project on TU’s work with the state’s Unassessed Waters Initiative. Baylog, president the Forks of the Delaware chapter, … Read more 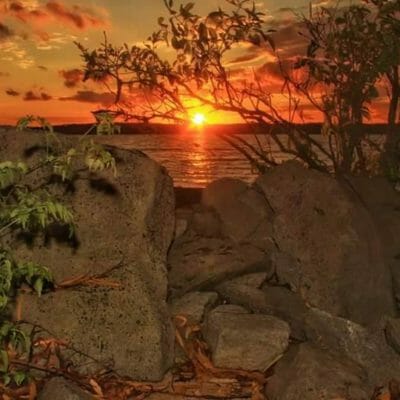 Sunset at Boswell Landing 2015. Photo: Paul Hosford/U.S. Forest Service By Jen Ripple As Americans, we consider ourselves a cultured people and rightfully place high value on the arts. The arts allow us to speak a common language regardless of social, economic or racial barriers. Nowhere is this more evident than in the great city … Read more 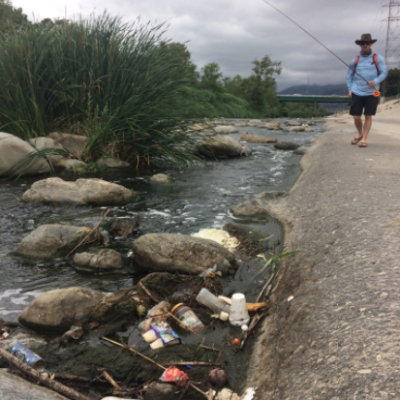 By Eric Booton I couldn’t resist chuckling to myself as I boarded a flight from Anchorage to Los Angeles with my fly rod in hand. I work, live and play in Alaska. The salmon state. The land of 30-inch rainbow trout. Home of seemingly endless fishing options. Yet I, a self described mountain bum, was … Read more