“Our lives are full of problems that have no clear answers. Often, the simple solution is hard to find, and the black and white is hidden somewhere in all the gray areas. This isn’t one of those situations. If we want to have wild salmon and steelhead in the Columbia River Basin, the Snake River is the place. These fish are now at only 1 to 2 percent of their historic populations. Why? Dams. Vedavoo is proud to stand with our partners at Trout Unlimited in support of the proposal to Remove the Lower Four.” 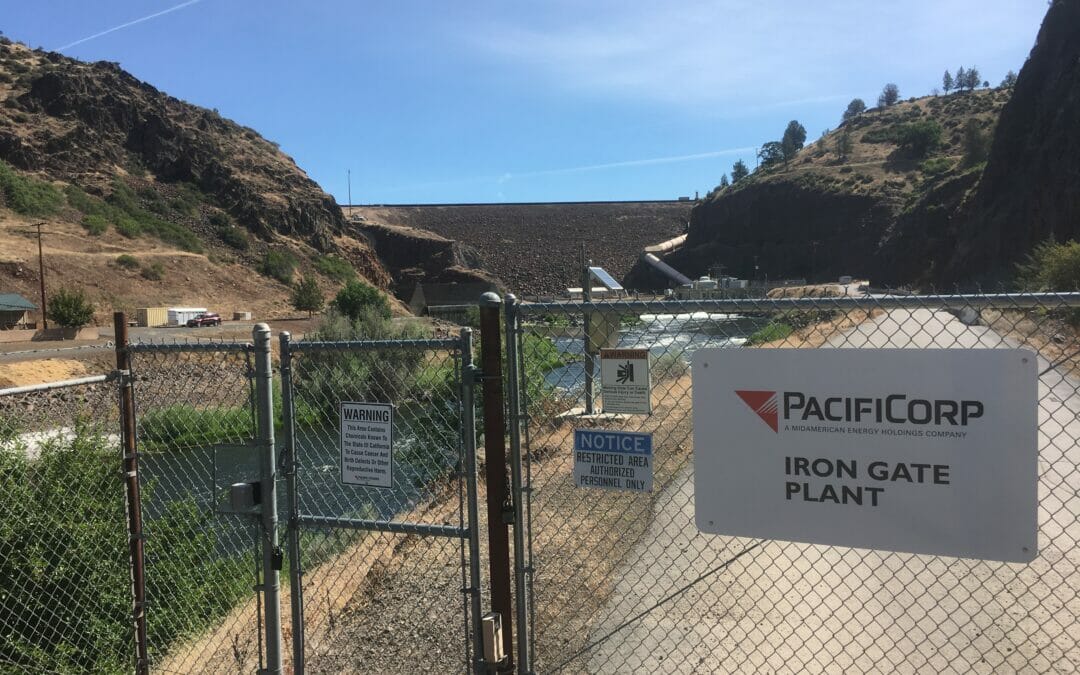 Never been closer: new progress on the Klamath

The Klamath River is one of the country’s most beleaguered watersheds. But on July 27 the Oregon Public Utilities Commission provided some good news, when the agency approved an order granting transfer of four old fish-blocking dams to the Klamath River Renewal Corporation so they can be taken out. 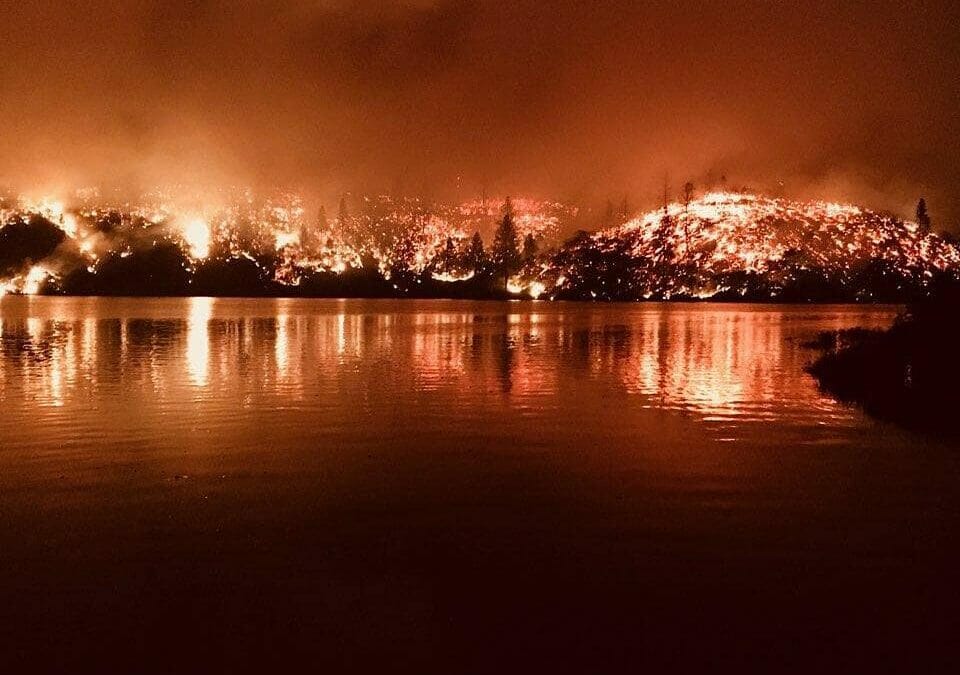 People all around Oregon woke on Sept. 8, 2020, to high winds, extensive power outages and lots of speculation by foresters that it could be the worst day of fires in Oregon’s history. That’s exactly what it turned out to be for Chrysten Lambert, TU’s Oregon director... 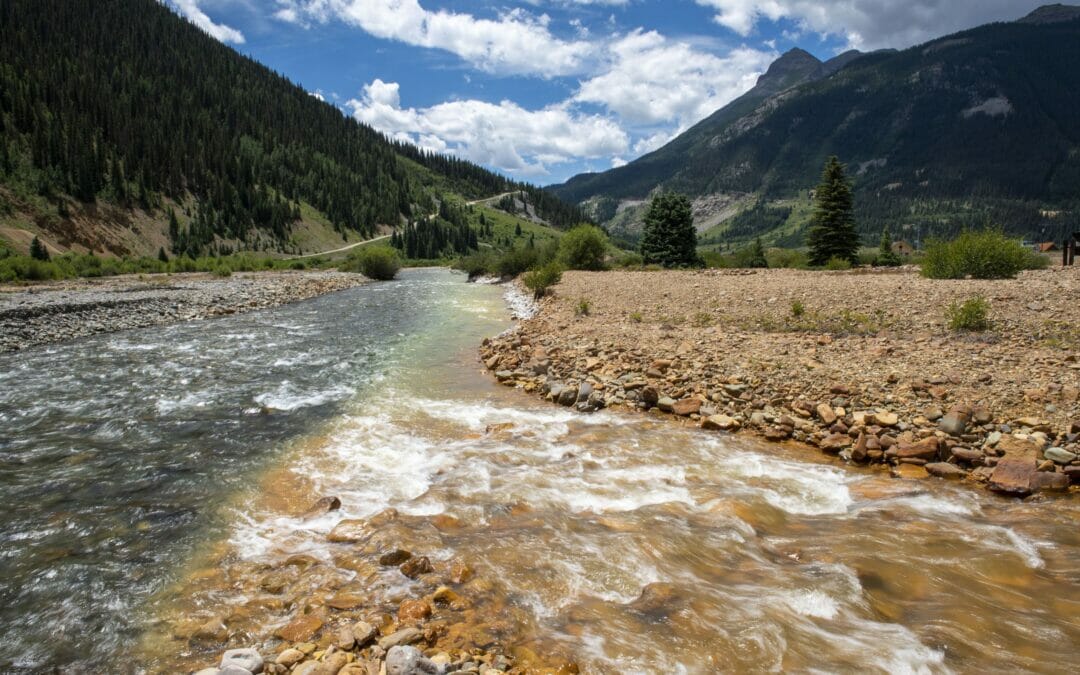 These mines not only pose physical and public health hazards, but tens of thousands of them are polluting the environment

The West is in the grips of another hot, dry summer, with more than 60 large wildfires currently burning across the region. At the same time, the effects of last year’s fires are apparent...

Roads and other human travel infrastructure such as trails—especially those that are poorly maintained or have become decrepit—are a major cause of pollution and other degradation of trout and salmon streams. Much of TU’s restoration work involves repairing, replacing, and sometimes removing roads and related structures. 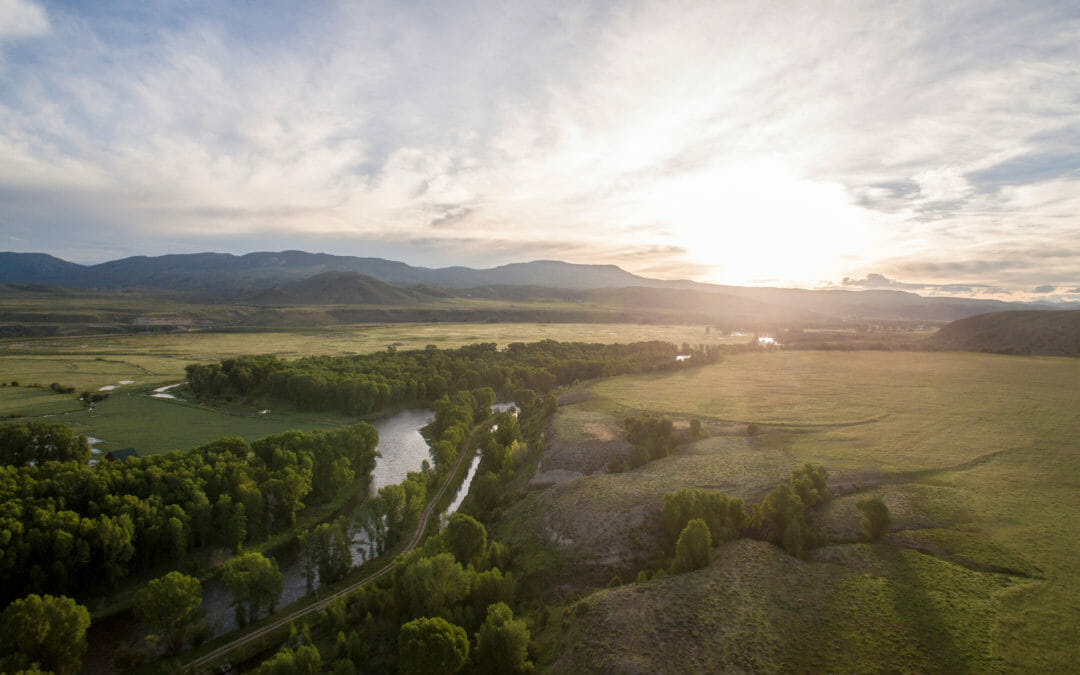 Climate change puts the squeeze on trout, anglers and communities in Colorado

As we enter a new decade, it is clear that the impacts wrought on ecosystems, communities and fish and wildlife by climate change are outpacing our ability to deal with them in isolation

by Jim Strogen The Colorado River below Lake Powell is a blue-ribbon rainbow trout fishery loved by anglers across the country. While this reach is among the prettiest places that I have fished, and one that I try to return to as often as possible, there are issues on...

The equation is simple. It’s hot. It’s going to get hotter, which is why it is so urgent to increase access for salmon and steelhead to the thousands of square miles of the most climate-resilient, high-elevation habitat in the Snake River basin by removing the lower four Snake River dams

Our beloved Colorado River has been on my mind a lot recently. Low water, rising temperatures and new fishing restrictions has caused me to reflect on years past

Legacy Roads and Trails Act gets a fresh face in Congress

When one is the loneliest number … and the best choice

I often remind myself (rather, the trout usually remind me) that there are specific fishing situations when tandem rigs can be an impediment and not a benefit

The current gauntlet that Snake salmon and steelhead run between their headwaters and the ocean—eight Snake and Columbia river dams and the slack-water, predator-filled reservoirs they create—are indiscriminate killers of both wild and hatchery fish

When maintenance on the Lockwood Dam on the Kennebec River in Maine stranded more than two dozen endangered Atlantic salmon, Trout Unlimited members were there as part of a fish rescue team. 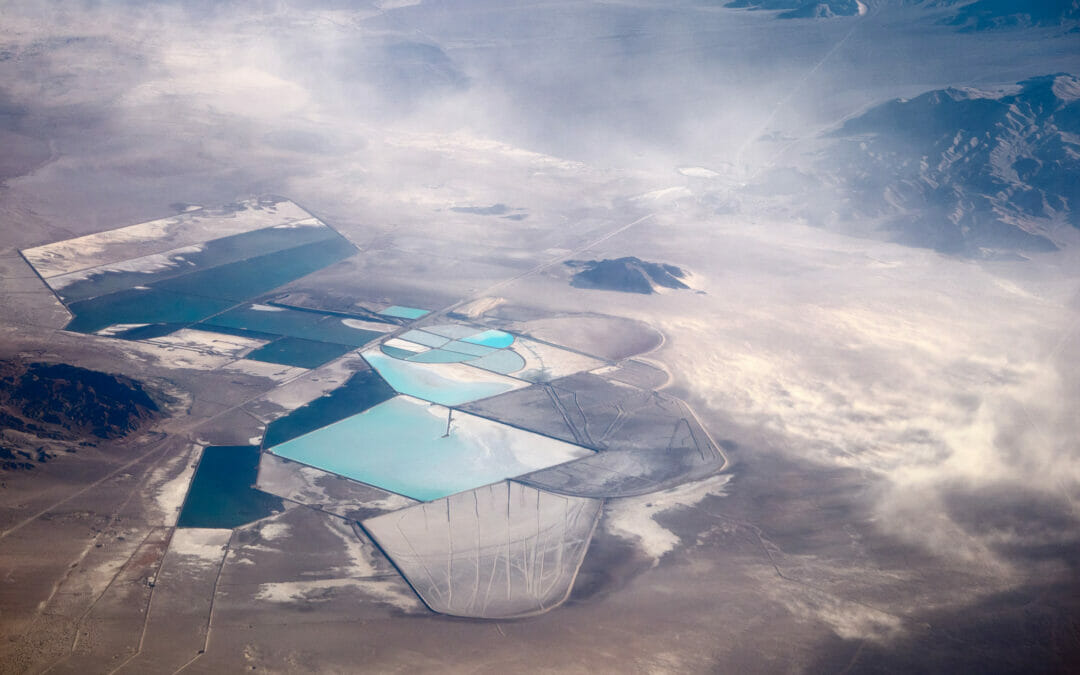 If you’ll recall, the Biden administration recently released it’s 100-day review of critical mineral supply chains. As promised we are taking a deeper dive into how that report reflects on our tenets. Read on to find out how the Biden... 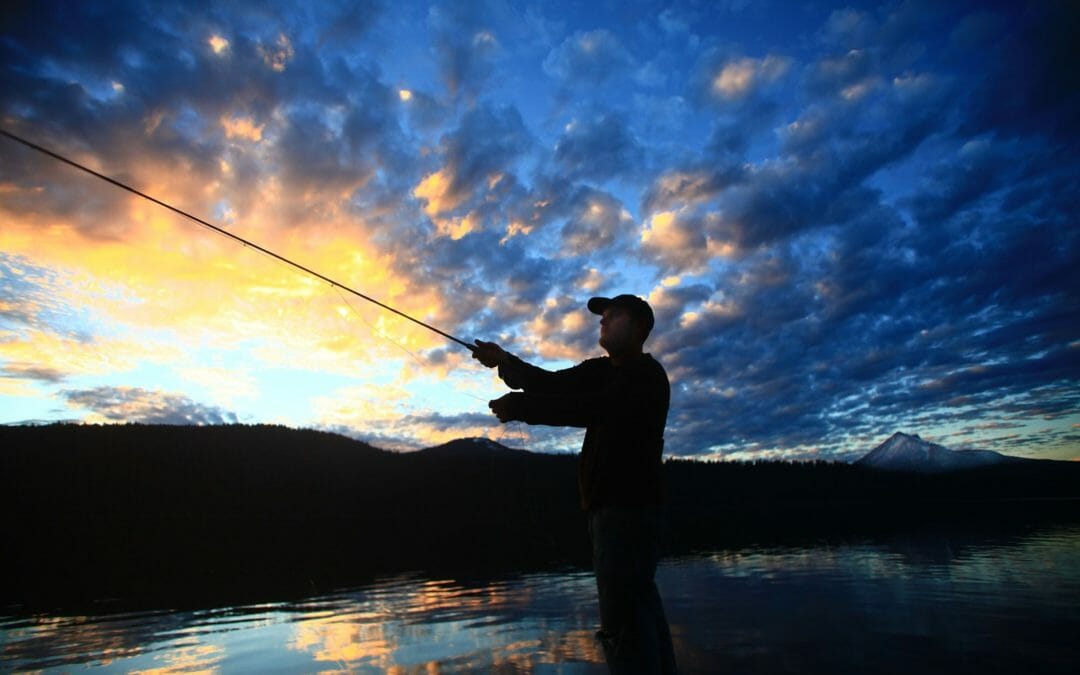 This Transfer Order is a critical step forward in the long slog to remove four old fish-blocking dams and re-open more than 400 miles of historic habitat for the Klamath’s struggling salmon and steelhead runs. 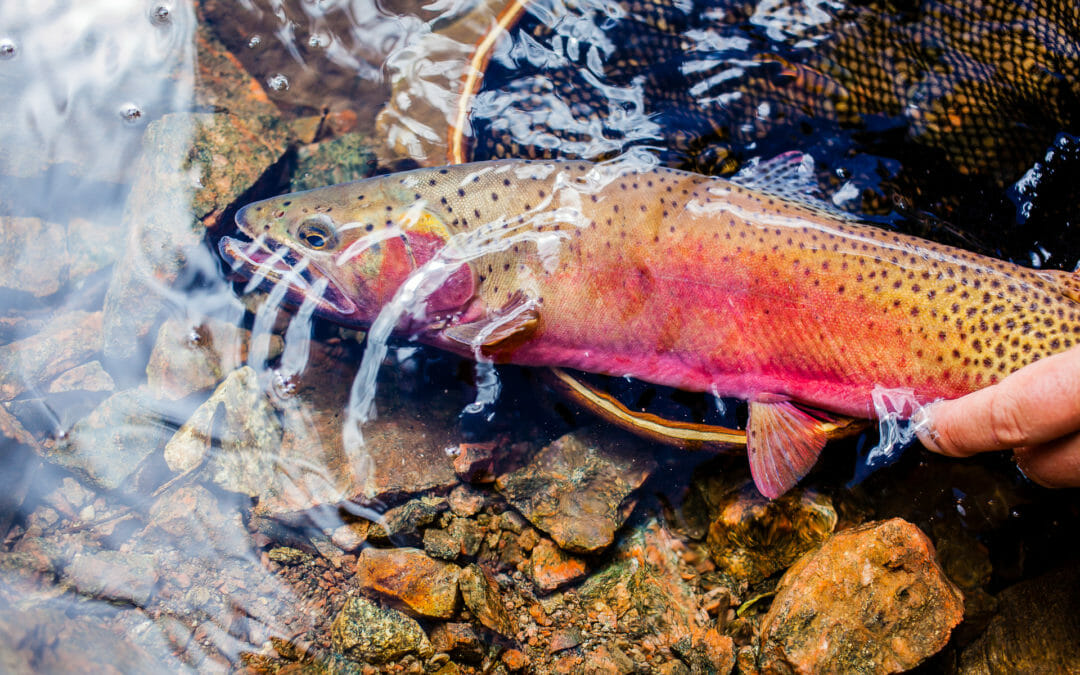 Drought and fishing in the Colorado River Basin

“For us, this was a no brainer. For my entire lifetime, we’ve been trying to have both dams and fish. We’ve spent billions of dollars trying to do that. It hasn’t worked and it won’t work. These fish need free-flowing rivers to survive. Hatcheries are no substitute. We need to remove the lower four.”

The science is clear: Snake River dams kill too many fish

If you’re wondering why salmon and steelhead populations in the Snake River are in trouble, the answer is obvious to me and many, many other scientists working on this issue. It’s the four dams on the lower Snake and the reservoirs behind them: They kill too many fish

In Wyoming, the federal Farm Bill is put to work improving irrigation on the Henry’s Fork of the Green River. Each installment of Western Water 101 will be accompanied by a podcast, released weekly. Find the fifth episode below, and subscribe to get each new... 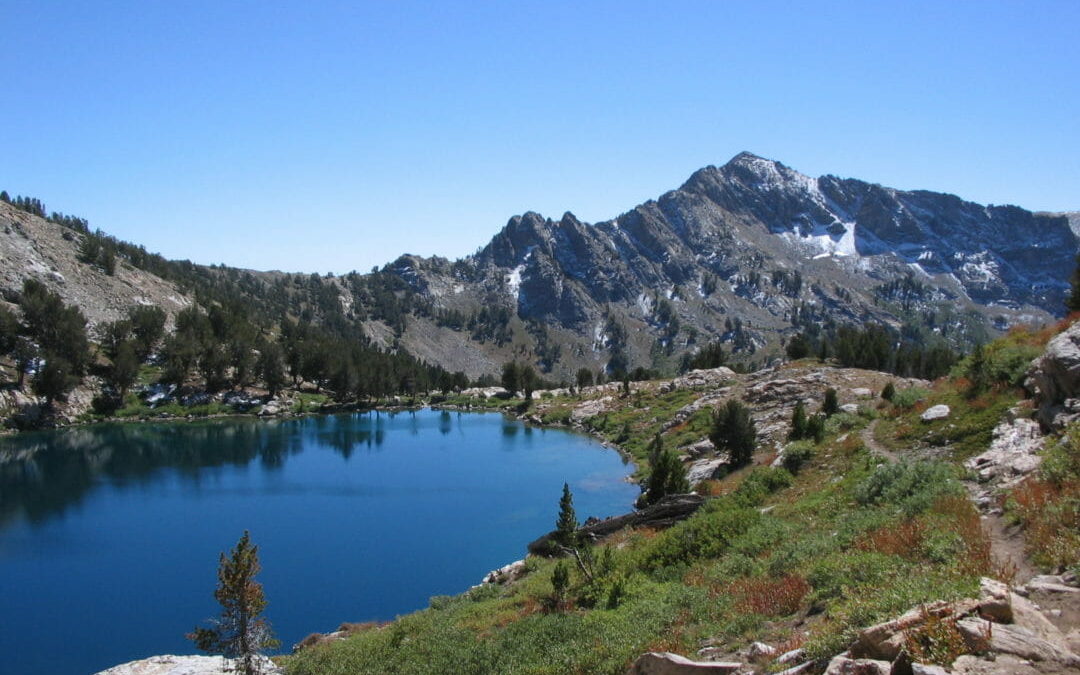 This Wednesday, the Senate Energy and Natural Resources Subcommittee on Public Lands, Forests and Mining will hear a slew of bills, four of which are of particular importance to TU members and supporters

Mining for answers on critical minerals

Fishing and tourism provide 26 percent of the jobs in Southeast Alaska. Logging? One percent. Chris Hunt photo. Few decisions have been as short-sighted as last year’s repeal of the Roadless Rule on Southeast Alaska’s Tongass National Forest, which helps explain why...