Being more than ‘a trout guy’

“New Mexicans have been here on this land for more than 400 years,” Mitchell said. “You can’t come in with a ‘trout guy’ perspective. These are age old relationships that we have to foster and work together with to build trust.”

TU Tested: Five items every boater should consider this summer

Did you know that most sunglasses don’t float? Seriously. I can count on three hands how many I’ve lost to the river. Why are Dragon’s Mariner X LL’s awesome? Because they float. Period.

By pack mule and on foot, the Forest Service and Colorado Parks and Wildlife members went in to save the previously thought-to-be extinct lineage. Less than 100 individual trout were removed and taken to the Durango fish hatchery for safekeeping and possible brood stock development.

Effective Saturday, July 24, Yellowstone National Park’s rivers and streams will close to fishing in the afternoon and evening due to high-water temperatures and unprecedented low stream flows

Five reasons you should be fishing lakes today

Fishing stillwater for trout is so good for you, and good for your game, on so many levels. But many anglers don’t bother. Here are five reasons to go jump in a lake (or at least fish from the shore 1. Knowledge You learn things you don’t often learn on the river. ...

by Jim Strogen The Colorado River below Lake Powell is a blue-ribbon rainbow trout fishery loved by anglers across the country. While this reach is among the prettiest places that I have fished, and one that I try to return to as often as possible, there are issues on...

I’ll admit I have become kind of a lens-snob, in that I do prefer certain lenses in certain conditions

There are more women guiding than ever before and many of these women have inspirational stories. Finatical Flyfishing was created to feature them and offer hosted travel with the outfitters who support them. For example, Patty Reilly has guided all over the western...

The elusive Arctic char of the Kenai Peninsula

My heart raced as we proceeded down the almost 15-mile Swanson River Road. We kept expecting to be turned around any minute. Knowing there were so many lake options with confirmed populations of char, I had a lot of faith one would offer me the opportunity to bring an Arctic char to hand. The problem was, the bumpy pothole strewn dirt road was, as far as I knew, the only artery to the lake systems. If this fire got out of control, as the 2019 fire did, I could be shut out.

Arctic char: all you need to know 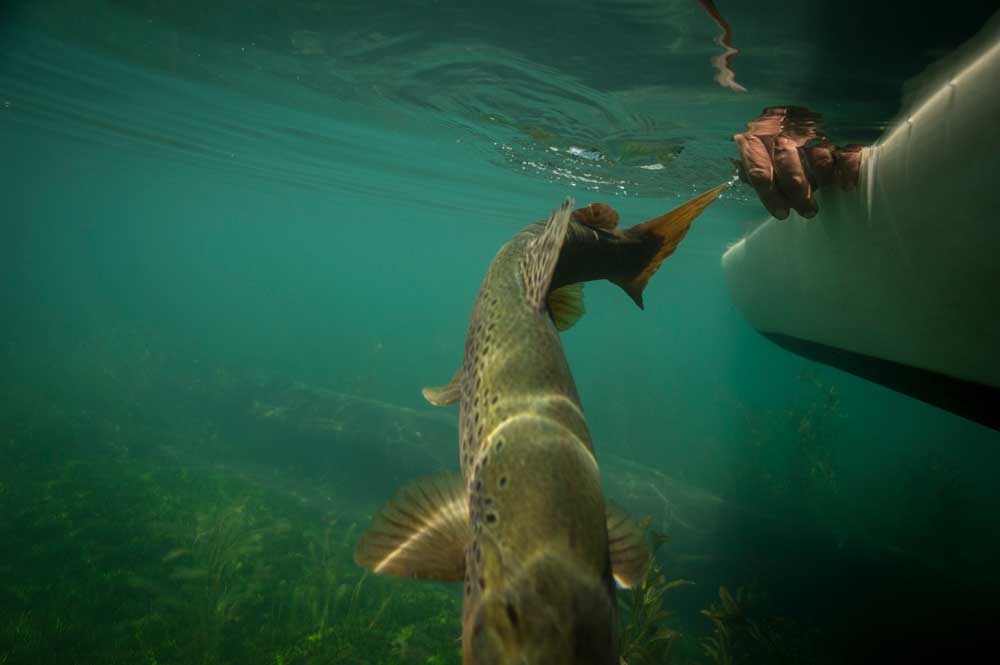 Fishing photos don’t have to be fish photos

Along with our friends at Keep Fish Wet and Ten And Two Co., we are asking you to ditch the hero shot for something different in the month of July

Our beloved Colorado River has been on my mind a lot recently. Low water, rising temperatures and new fishing restrictions has caused me to reflect on years past

Try polypropylene yarn for tying wings on your flies

One of the biggest challenges those new to fly tying encounter is how to tie in wings for various patterns. Hair wings for everything from big stonefly patterns to tiny mayfly imitations require some dexterity and precision. The only way to get better at it is to do...

Pursuing ‘the people’s fish’ in Alaska

“When we think about people, and the ‘habitat’ people utilize, we don’t just look at the superhighways where they can easily be seen traveling,” he said. “People don’t live on the freeways, people don’t ‘spawn’ on the freeways or on their commute.”

Dolly Varden: all you need to know

Dolly Varden are a close relative to bull trout and it wasn’t until 1978 that the two species were confirmed to be distinct. In the continental United States, Dolly Varden naturally only occur in coastal the drainages of northwestern Washington from the Canadian border south through Puget Sound and south on the Olympic Peninsula to the Quinault River.

Quick tip: use 2x4s for a drift boat trailer stand

No fish dry in July

Take photos of everything … but the fish Our friends at Keep Fish Wet and Ten And Two Co. have announced “No Fish Dry July,” a campaign that encourages anglers to ask themselves, “Do I really need a photo of that fish?” and challenges them not to take a single...

When one is the loneliest number … and the best choice

I often remind myself (rather, the trout usually remind me) that there are specific fishing situations when tandem rigs can be an impediment and not a benefit

The annual TU/Orvis Teen Essay Contest: Why are public green – and blue – spaces important to you?

What’s the difference between a drift boat and a dory?

Drift boats and white water dories were born out of the tradition of fishing boats on the open sea hundreds of years ago. But… while a drift boat can most certainly be a dory, not all dories are drift boats.

Alaskan lake trout: All you need to know

In Alaska, lake trout inhabit the deeper lowland lakes along the central Arctic coastal plain, as well as waters in the Brooks Range and Alaska Range. They are not found in the Yukon-Kuskokwim lowlands or the coastal drainages of Southeast Alaska.

“This might really, really suck,” I said to Ancans with a halfhearted laugh. We then laughed together because we knew we were already unquestionably committed

Four essential ways to get your kids geared up for fishing

Mason and Morgan enjoying a day on the river. Having the right gear ensures family outings are comfortable, safe, easy and fun!

Keeping an eye out for wildfires

Some years back, I got a gift package in the mail right around Christmas time. It was from my uncle John, my mom’s brother. Long and slender, the package was a complete mystery to me–we’d long since stopped receiving gift packages from aunts and uncles, so I was...

Mistakes you don’t get to make twice

“Excitedly, too excitedly, I ripped the mouse from the trout’s mouth before it decided that the mouse was more trouble than it was worth and could not be convinced to poke its head out again.”

Do you even surf, bro?

What, does this have to do with fishing you ask? Nothing really, other than it got me pondering about utilizing whitewater techniques for fishing and vice versa.

This is a really well-engineered wading boot. Period

The Alaskan rainbow trout: All you need to know