The answer to this dilemma, of course, is to find a way to keep one’s waders on while answering nature’s call. Bill Anderson and his EZ-P Zipper provide just such a solution

It might sounds counterintuitive, especially to new anglers, but having a good line can make a long day of casting heavy fly rods much less exhausting. Having just recovered from a year and a half worth of cancer treatments, I was grateful for that fact. On our recent...

Through June 7, Duck Camp, the trendy Texas-based maker of a wide variety of warm, lightweight or in-between functional apparel for all types of fishing and hunting, will earmark a portion of all online sales to Trout Unlimited

Southline Industries USA is helping you restock your “No Pebble mine” apparel while giving back to our efforts to permanently protect Bristol Bay. 50% of proceeds from apparel is being donated to Trout Unlimited’s Save Bristol Bay efforts.

Since I lived in a landlocked state and only chase salty fish occasionally, I always find myself questioning my fly choice. Luckily, the team at Umpqua set us up with some nice boxes of flies to chase baby tarpon. We boarded the plane in Durango donning masks and...

I may have finally found my solution to dependable travel luggage in the Simms GTS Roller bag, so forgive me if it seems I’m a bit too excited about it. You see, I have a toxic relationship with luggage. I expect perfection, even if I don’t always return... 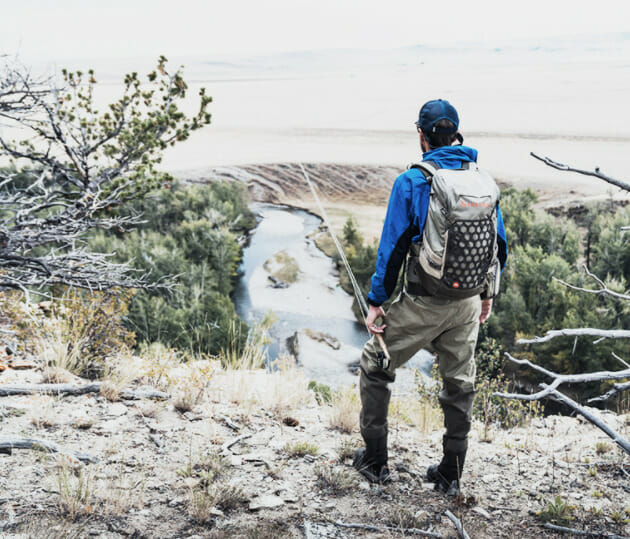 It’s an interesting time for fly fishing gear manufacturers. The ongoing pandemic has cancelled trade shows and outdoor expos, so marketing departments are working through what’s become an unfortunate new normal. How do you introduce a consumer base — even...

Seattle artist Alana Louise has crafted a new bandana with a distinctly fishy appeal for Bandits Bandanas customers, and 10 percent of proceeds from the bandana’s sale will go to Trout Unlimited. Titled “Anadromous,” the bandana depicts a river full... 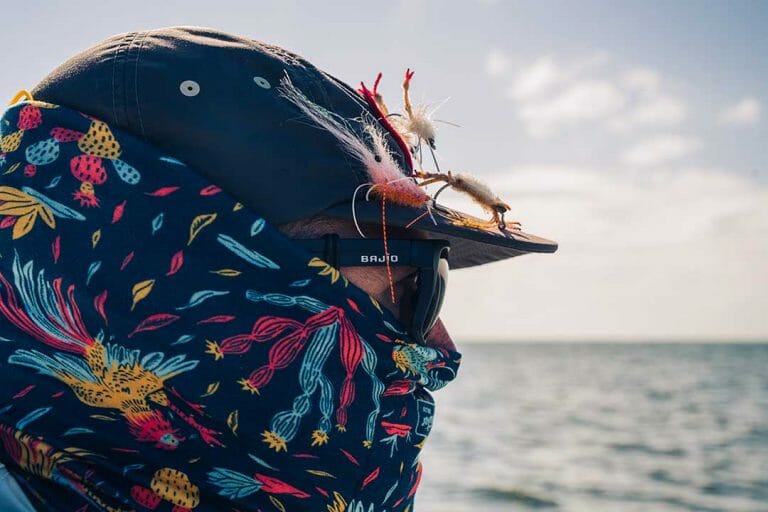 This is the most significant new company/product entry in the fly-fishing market in at least a decade. And it comes at seminal moment for sport fishing as a whole. “Bajio,” named after the Spanish word for “shallows,” will make its North American debut this month...

I. Like. This. Rod. A Lot. Douglas does not sell direct to customers, so we suggest you check one of their rods out at your local TU Business member fly shop. 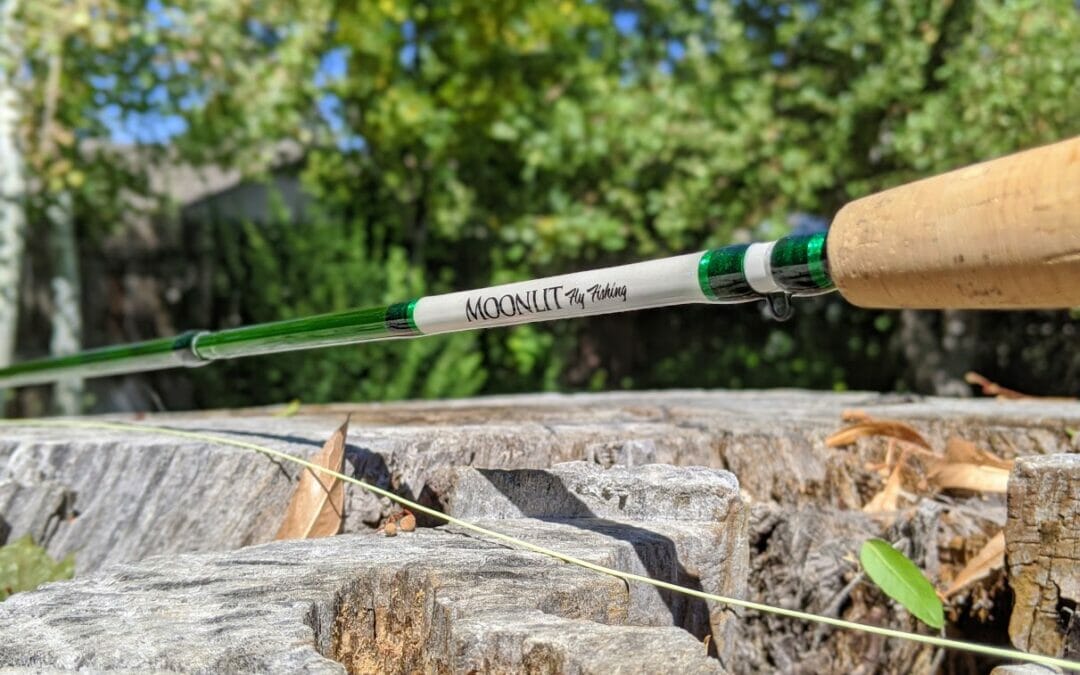 I love to fish glass. Love it. I love the slower cast, the softer feel. I love how glass gives smaller fish some heft. I love the bend in the rod that stretches into the cork. Glass fly rods, in my opinion, provide a more intimate, visceral connection with the fish we’re all after 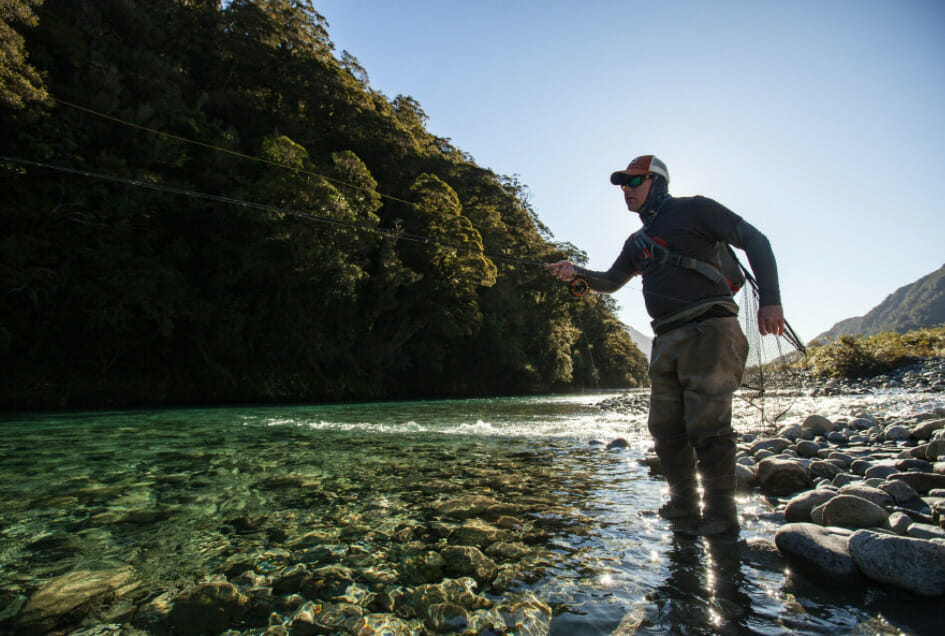 The new Scott Centric is a rod for the ages 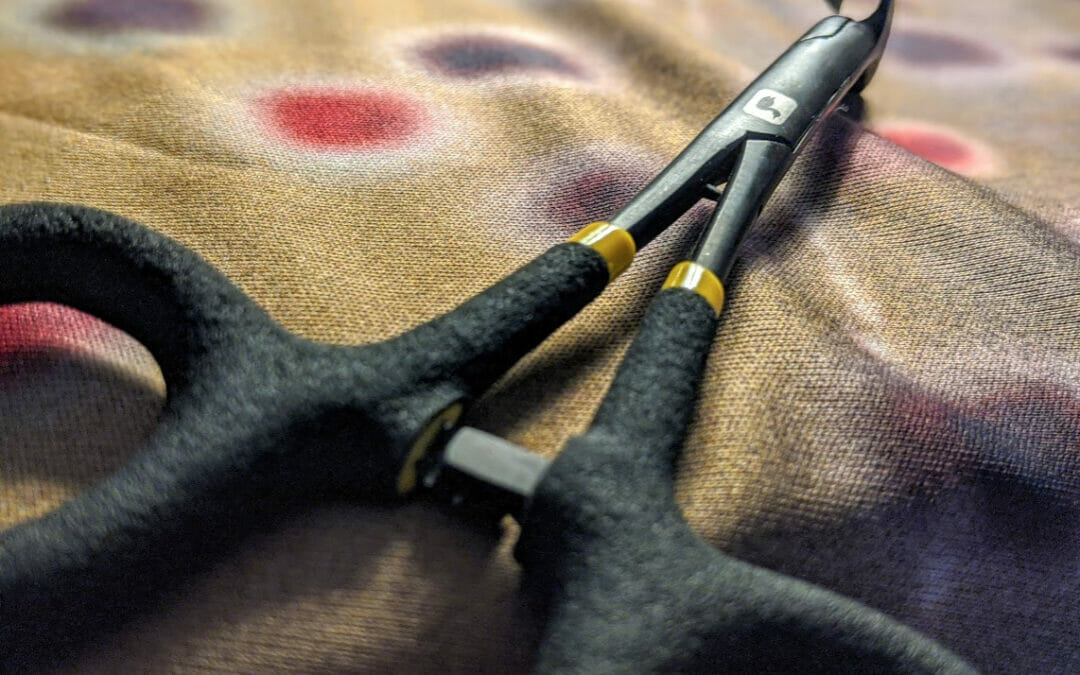 For me, a good pair of forceps has become a requirement on the water, particularly during summer when I’m fishing more frequently and, subsequently, catching more fish (hopefully!). Forceps or hemostats are great multi-purpose tools — they help with hook... 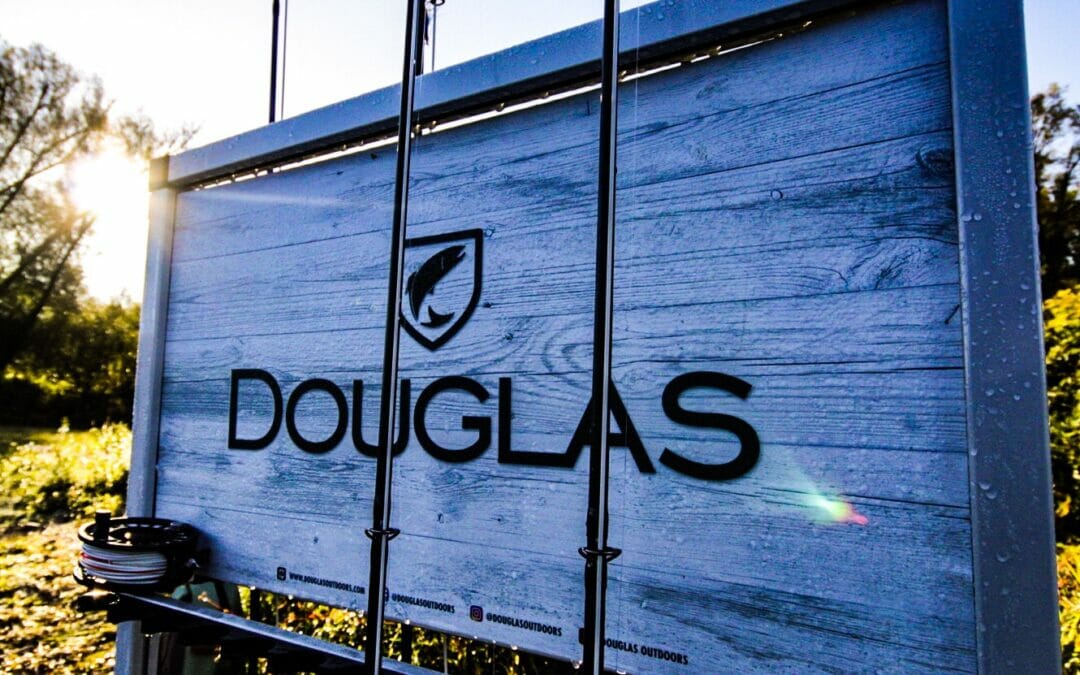 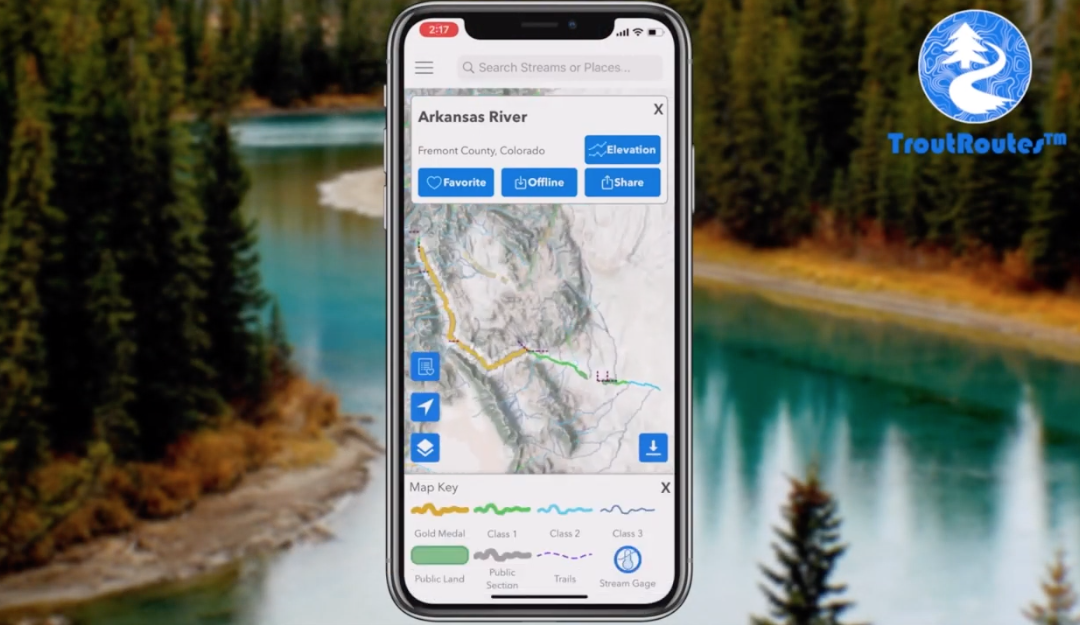 Until now, no phone or tablet app was particularly useful in locating trout streams and finding public access to them.  Enter “TroutRoutes,” an app that maps trout streams in Colorado, Minnesota, Iowa, Wisconsin, South Dakota, Nebraska and North Dakota.  Montana,... 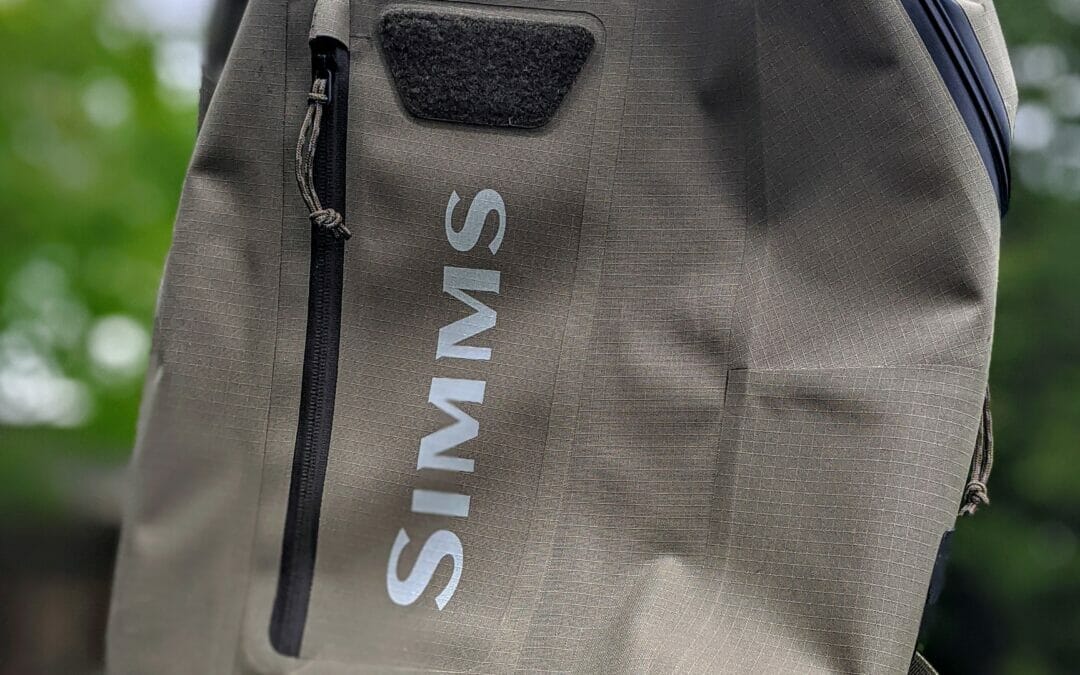 As the name implies, the Dry Creek Z isn’t just water resistant. It’s waterproof. And, the pack itself, before you put anything in it, is virtually weightless. In fact, your first impression when you open the box might just be, “Is this it?” 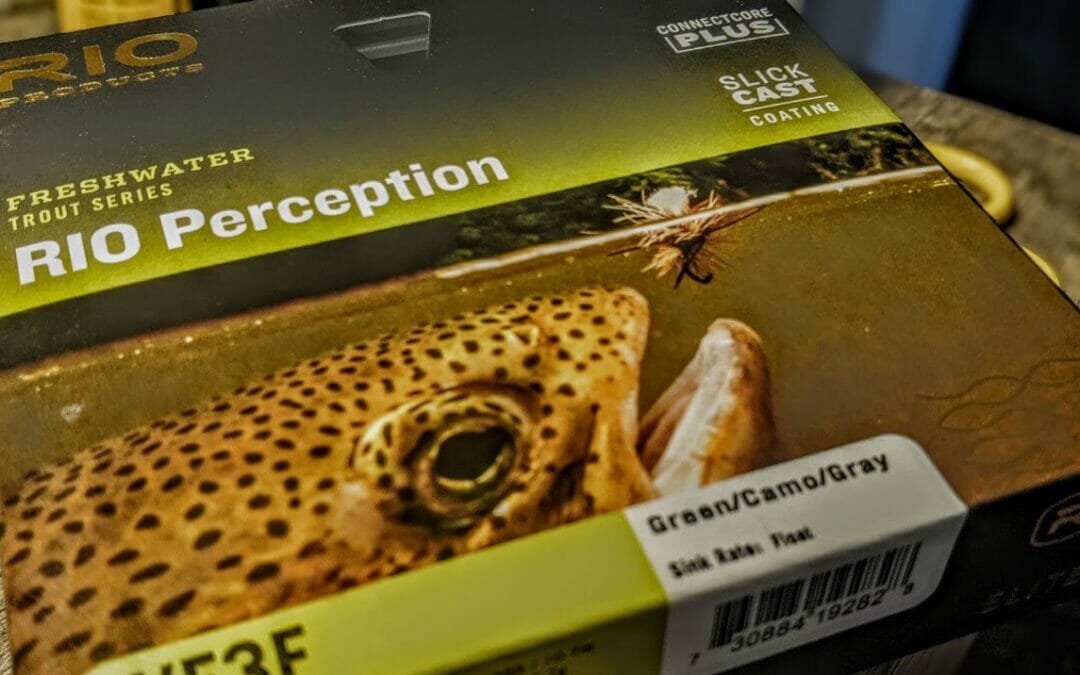 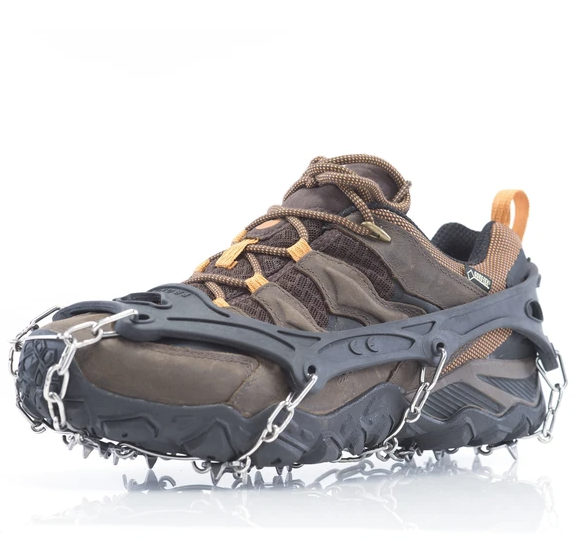 These light-weight crampons help with footing, in and out of the water. 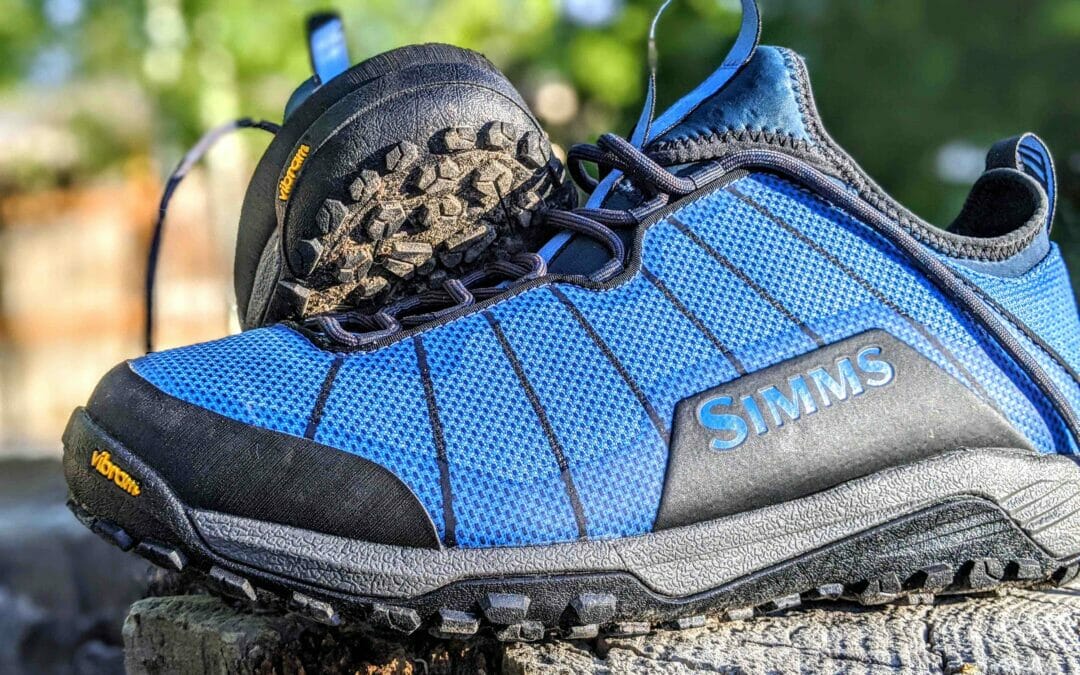 A great shoe for wading wet in small streams 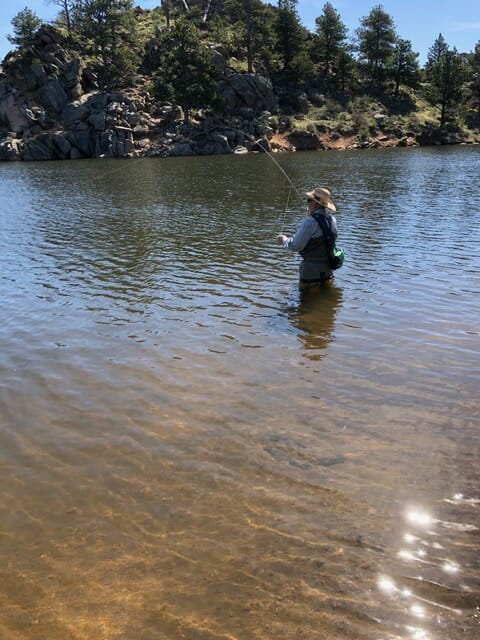 I. Like. This. Rod. A Lot. Please note that Douglas does not sell direct to customers, so we gently suggest you check one of their rods out at your local TU Business member fly shop. 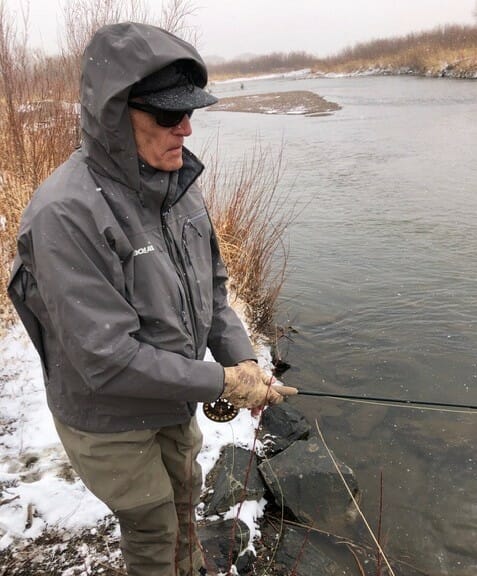 It’s hardcore gear for hardcore anglers who fish in miserable conditions. It’s a ton of protection for a reasonable price. 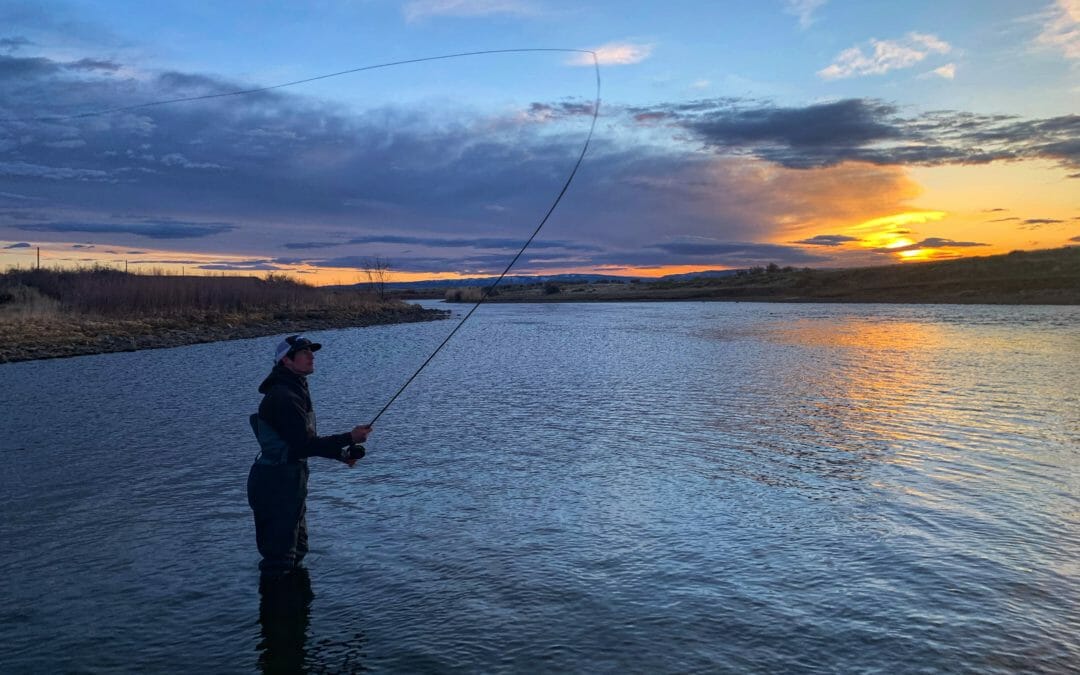 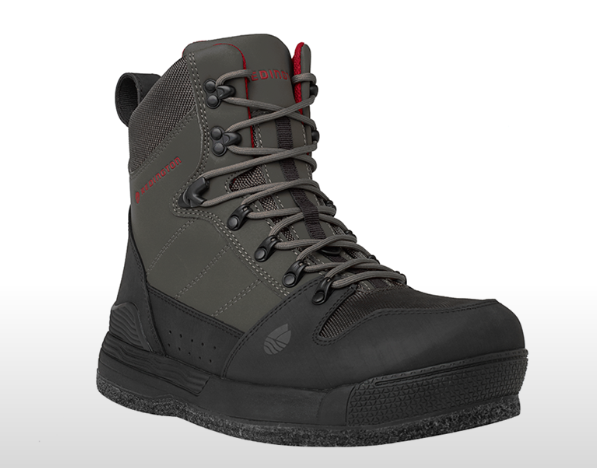 Over the past few years, Redington has boldly reinvented itself. What used to be a budget fly-fishing equipment manufacturer is now a quality-based company that produces good equipment for anglers of all stripes for prices that are sometimes significantly lower than... 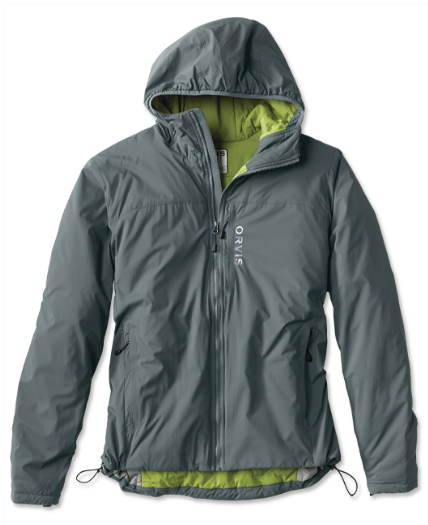 The Russians say that there is no such thing as bad weather, only bad clothing. That’s why I don’t agree with my friends in Arizona who say that the heat of their summer is just the obverse of the cold of our Midwest winters. Nonsense. You can only legally take off so... 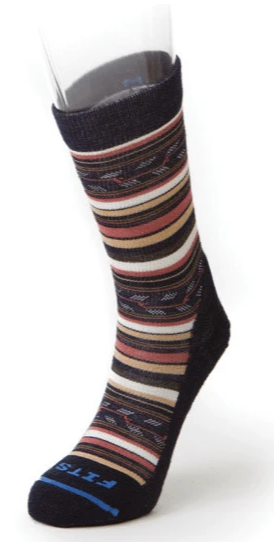 Let’s face it…socks are not the kind of gear which occupy much of our thought, in the way that a sexy, machined-aluminum fly reel might. But this somewhat overlooked bit of gear is one of the most crucial elements of our comfort out on the river. Over the past few... 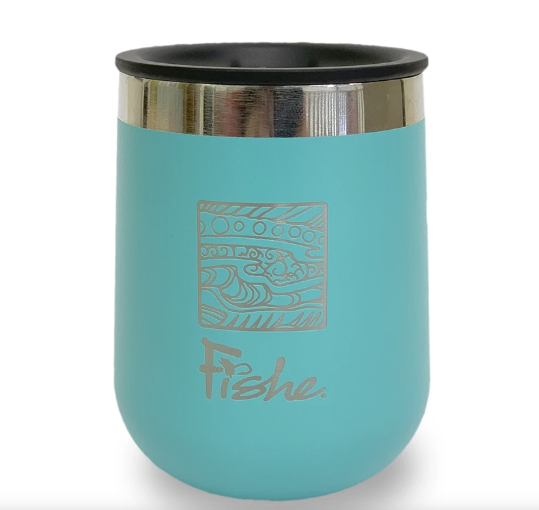 While I would prefer to be remembered as well-suited to review something like a nice new tip-flex 6-weight, because of my propensity to fish big water for large, wild trout… it would be entirely disingenuous to pretend I was not perfectly-suited for the... 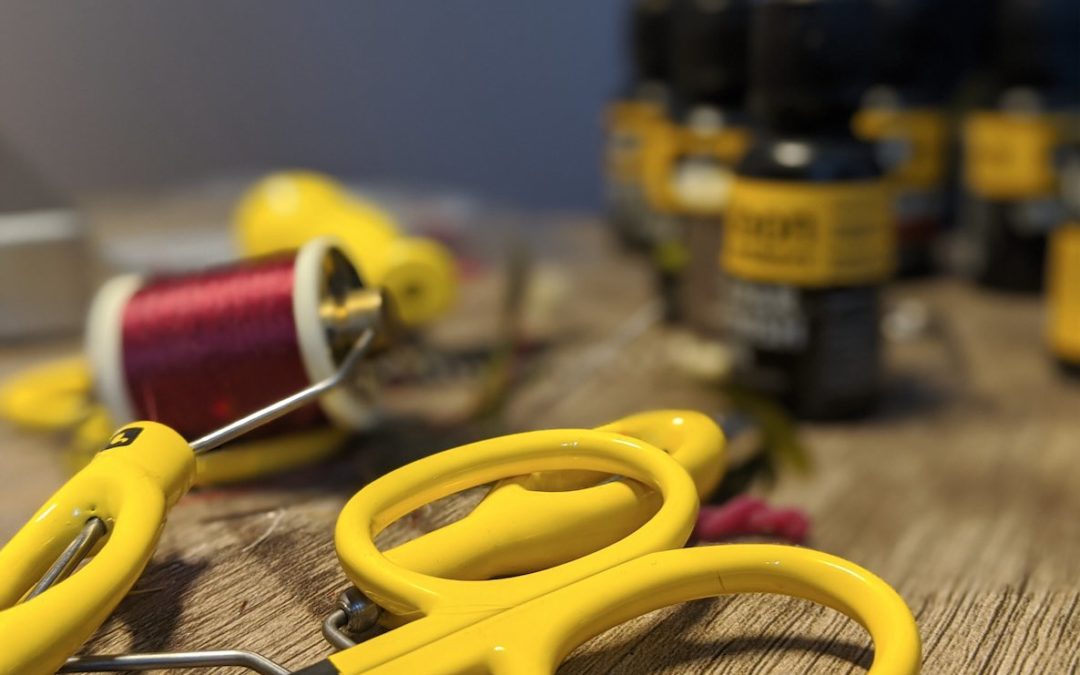 The drift hanging over the eves on the house this morning is quite impressive. And it’s cold. Damn cold. The thought of sneaking off for an afternoon on the Henry’s Fork is now more of a pathetic inside joke—fighting frozen guides, frozen fingers and... 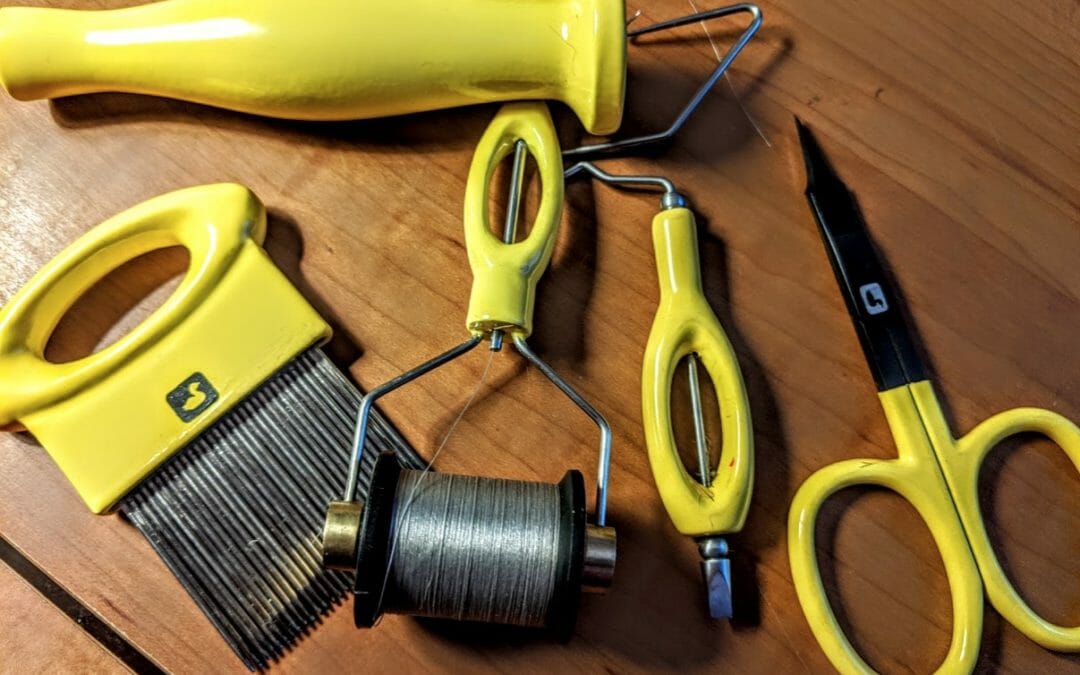 Good fly-tying tools are hard to find. Often, you get exactly what you pay for. Scissors that fall apart or quickly dull. Bobbins that slice thin thread in the middle of a pattern. You know, predictably cheap stuff. But not Loon Outdoors products. I’ve been... 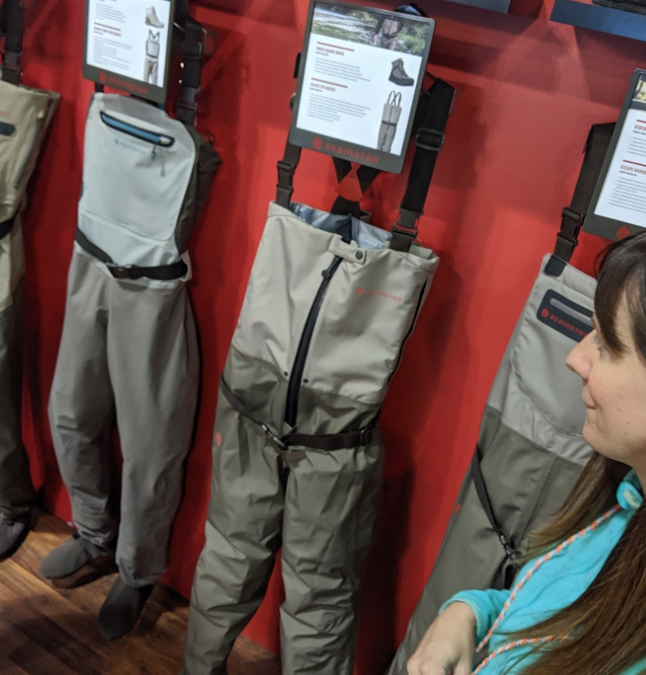 First a disclaimer. If I don’t have to wear waders, I won’t. Simple as that. I’d rather wet-wade. But the weather doesn’t always make standing in trout water up to your midsection a practical proposition. Fall, winter and spring in the northern...