Voices from the river 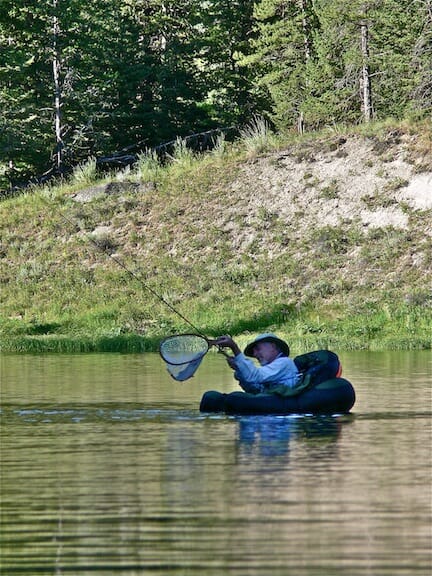 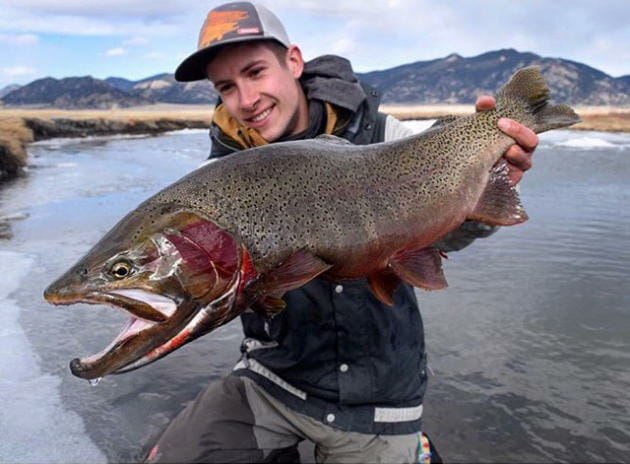 If you know a young person who is interested in the outdoors, fishing and/or conservation as a possible career path, and you think they might want a really cool summer job where they will get their boots wet, have them learn more about the Jeremy Brooks Memorial...

New year’s pledge: Plenty of time on the water

There’s nearly no better way to kick off a new year than on a river. It’s a great way to set things right, forget what happened in the previous year and daydream about fishing adventures to come.   A few years back, I attempted to catch a trout on a... 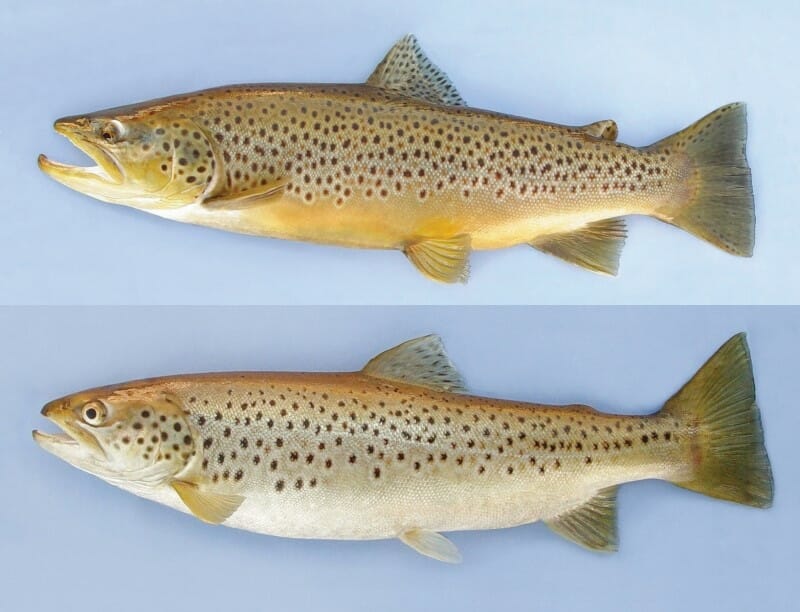 by Lillit Genovesi | Community, Featured, Trout in the classroom, Youth 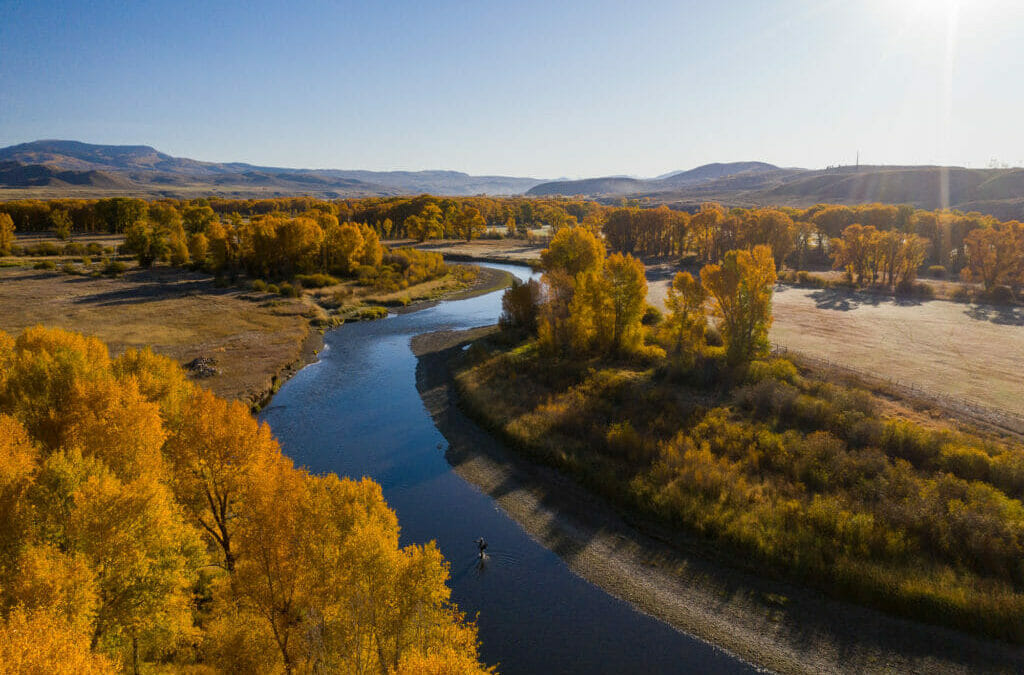 Fall fishing is typically one of my favorite times to be on the water. The crowds shrink, the colors pop and the trout eat. But this fall, I’m spending more time recovering on the couch than under the cottonwoods with some meat tied to the end of my... 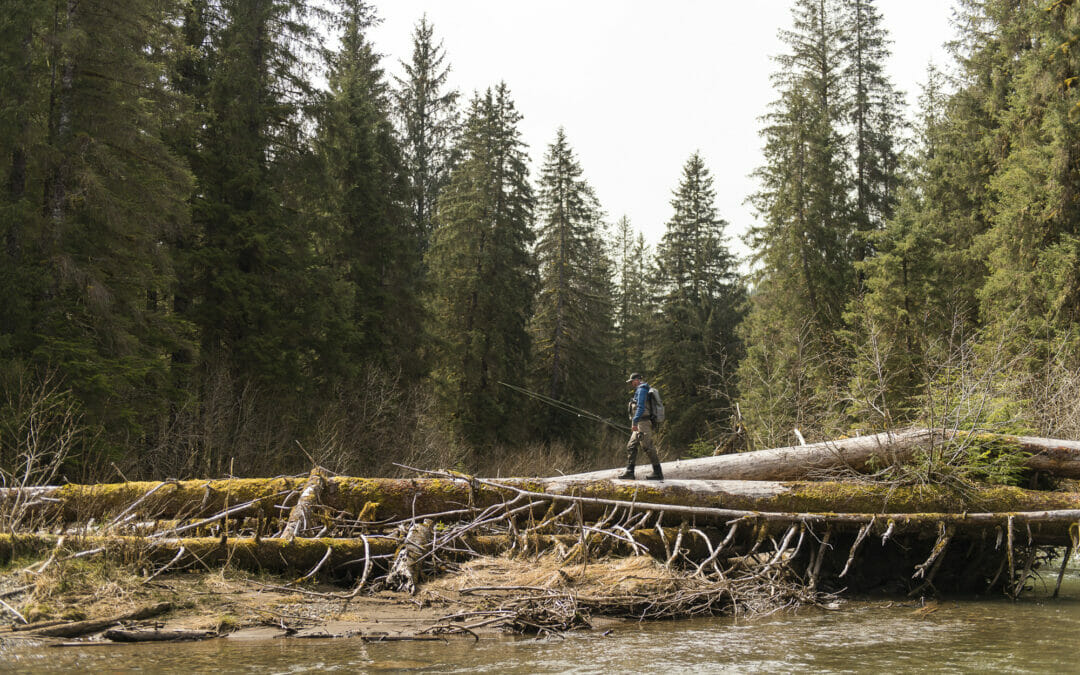 by Trout Unlimited Staff | Featured, From the field, Science 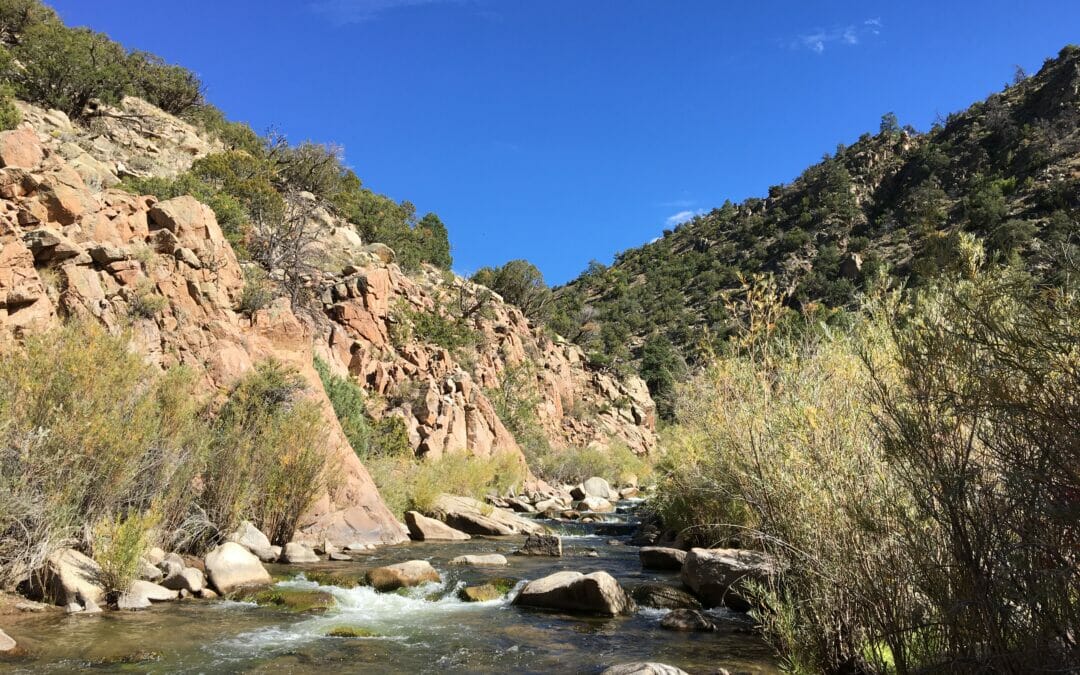 Keeping a secret, even when the secret’s out

Given its dearth of trout fisheries, the state of New Mexico can boast of very few secret hot spots. One of these, a favorite of mine forever, is prone to extreme high water temperatures during the summer but becomes decent at the end of irrigation season. Its browns... 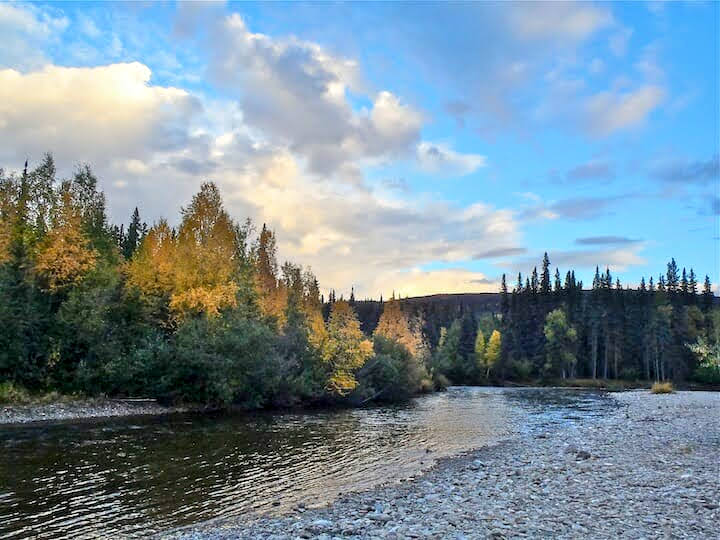 by Chris Hunt | Featured, Fishing, Voices from the river

And some rivers … well, after a fashion, their names are pushed from their currents, roared from their rapids or whispered from quiet slicks 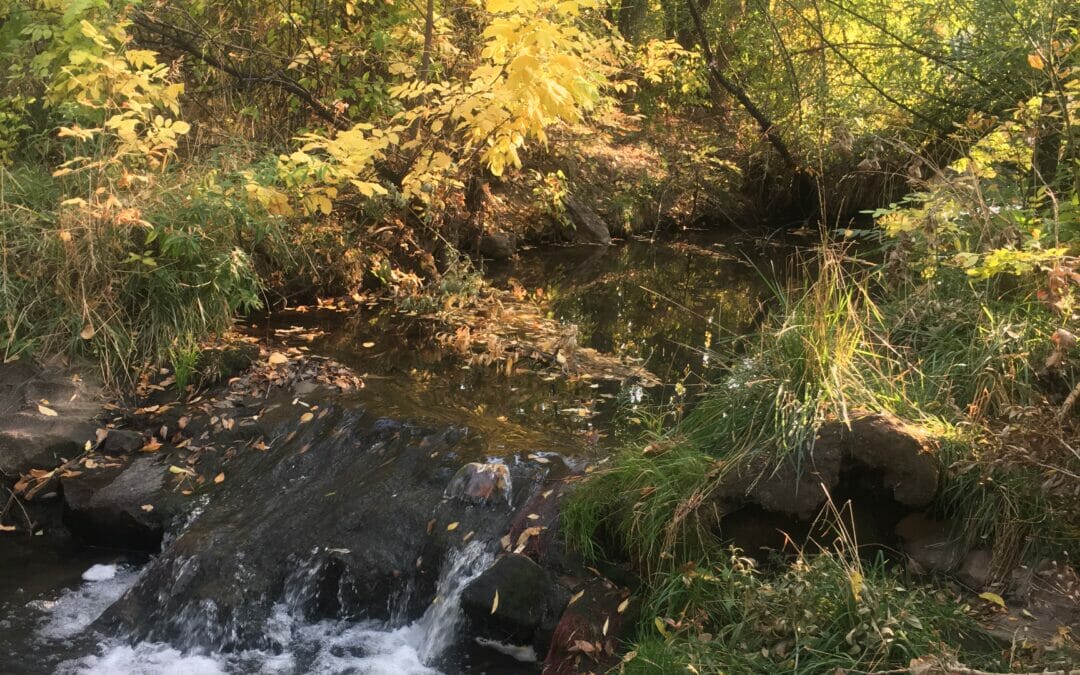 Finding hope in a hellish year

Amid the choking fumes of this hellish year, I found hope recently in an unlikely place. I found it walking a concrete path in a city of over 100,000 souls. Aimless I walked, and aimlessly stopped serendipitously next to a thread of a creek trickling over riprap and... 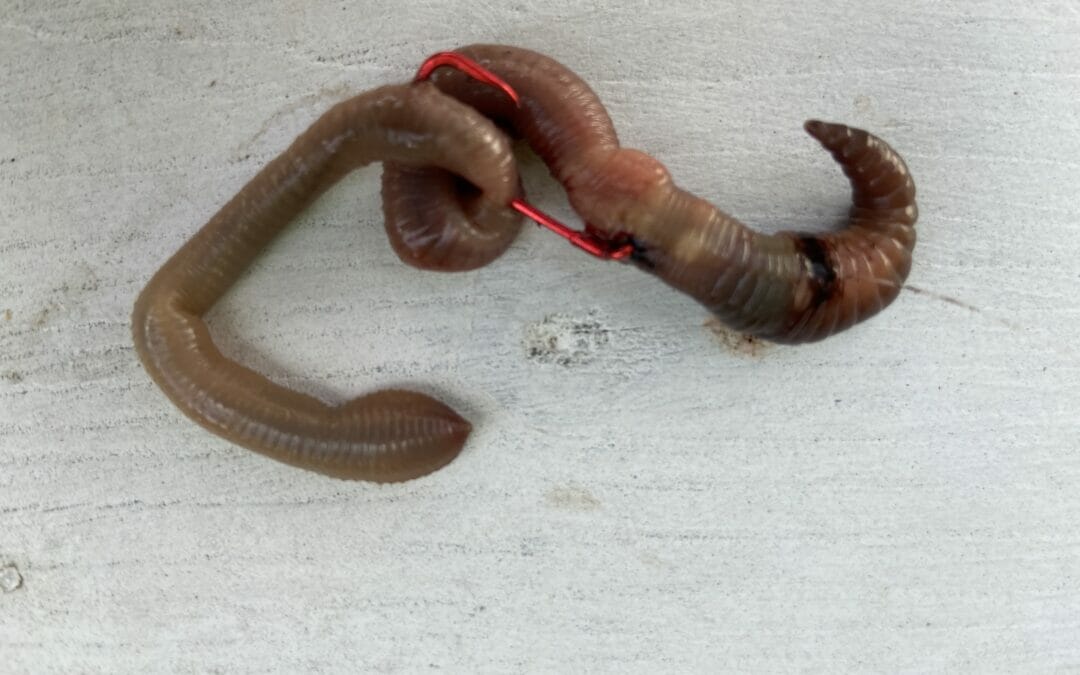 by Mark Taylor | Featured, Voices from the river

The James River was flowing cool and clear on a recent weekend morning when a handful of friends and I embarked on what would likely be our final smallmouth bass fishing float of the season before switching focus back to trout for the coming eight months or so. One... 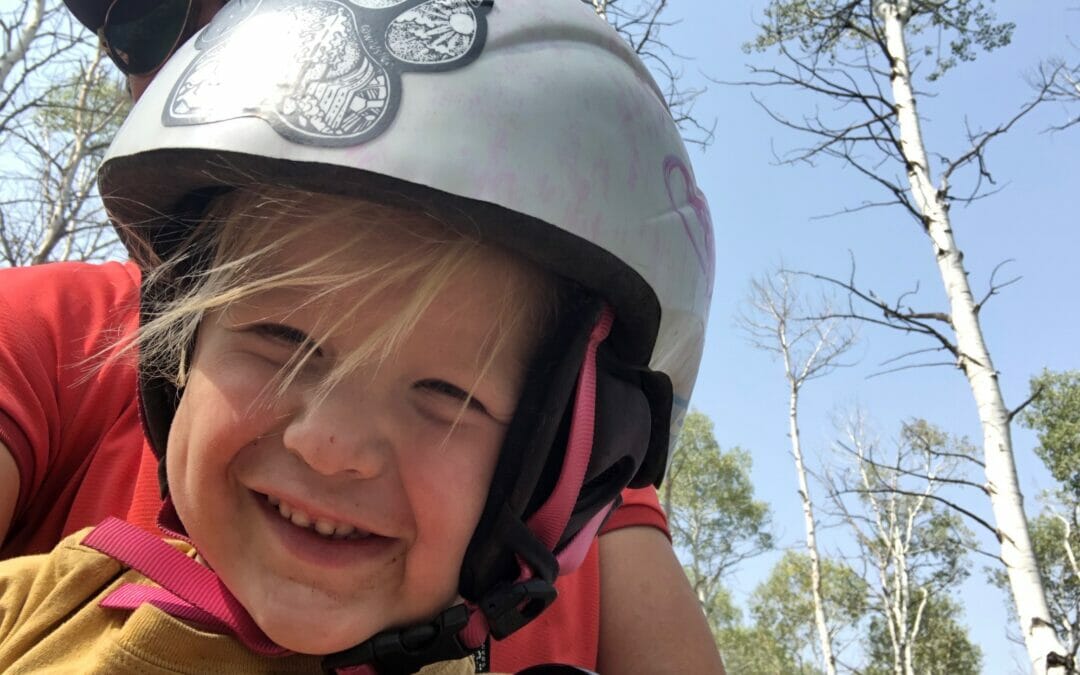 Are we raising the conservation generation?

by Shauna Stephenson | Conservation, Featured, Voices from the river

These days, I have a habit of starting my morning with too much coffee and a big fat bucket of guilt 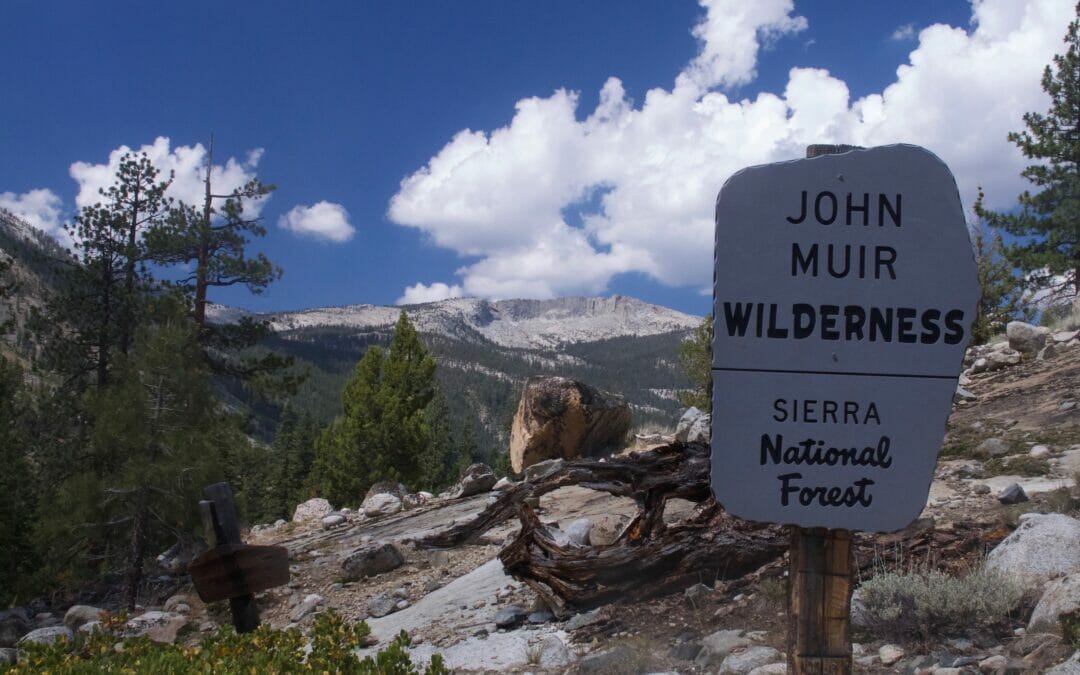 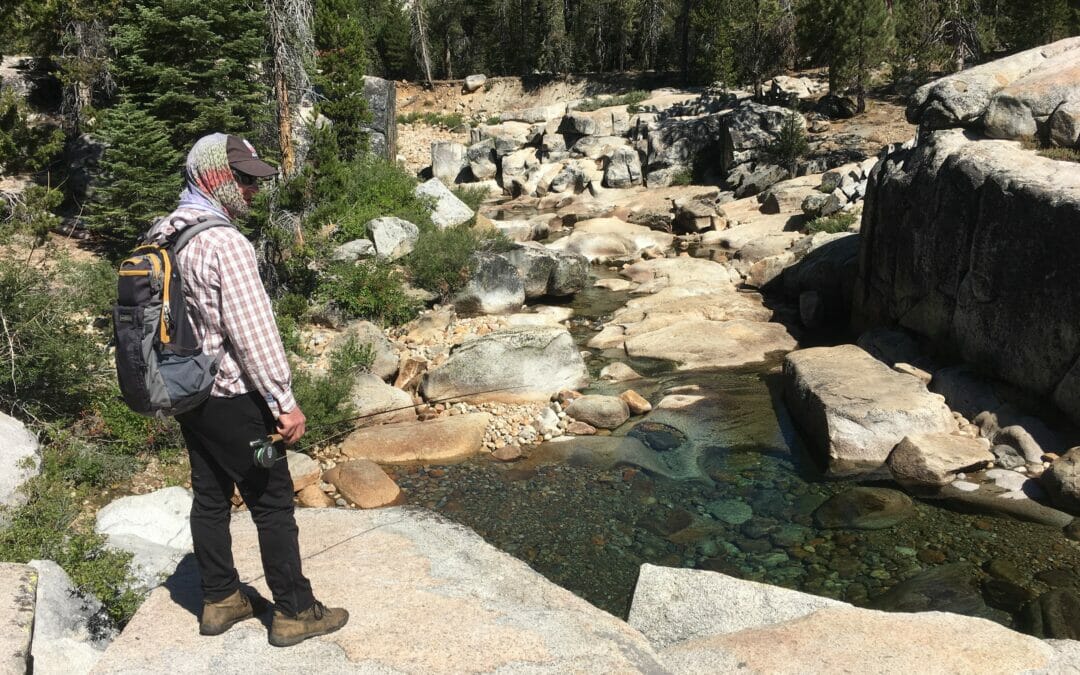 The tonic of wildness

If you are active in the outdoors, it’s hard to beat living in the American West. That’s because all states west of the Great Plains have big swaths of public lands available for fishing and hunting. Except when big swaths of extraordinary wildfire shut them down.... 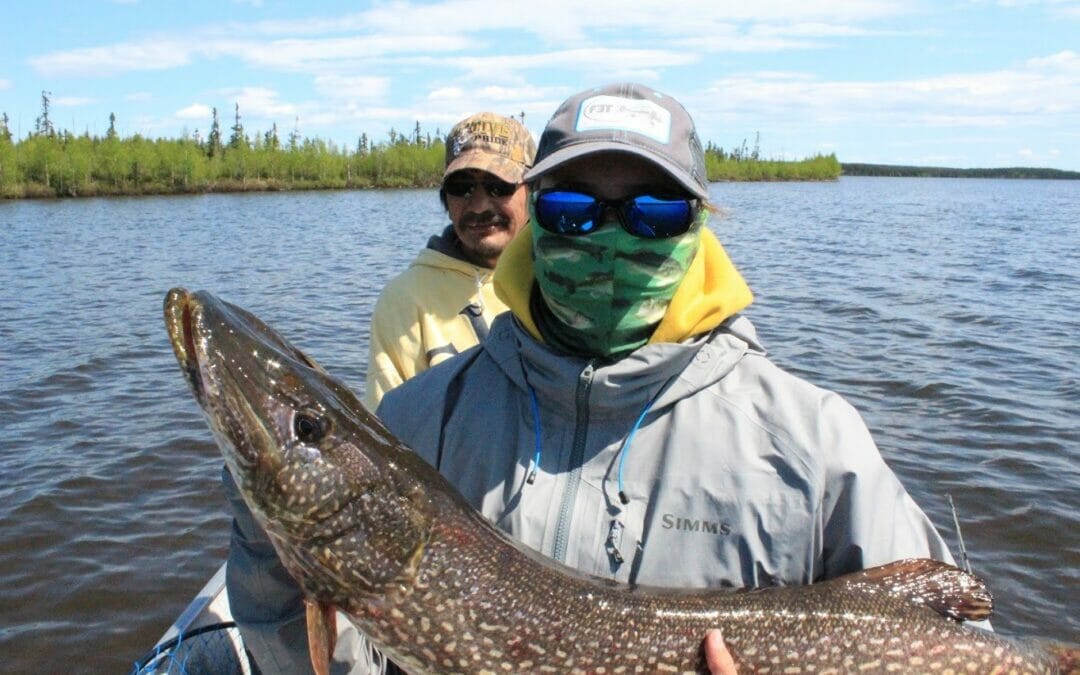 by Chris Hunt | Featured, Voices from the river, Youth 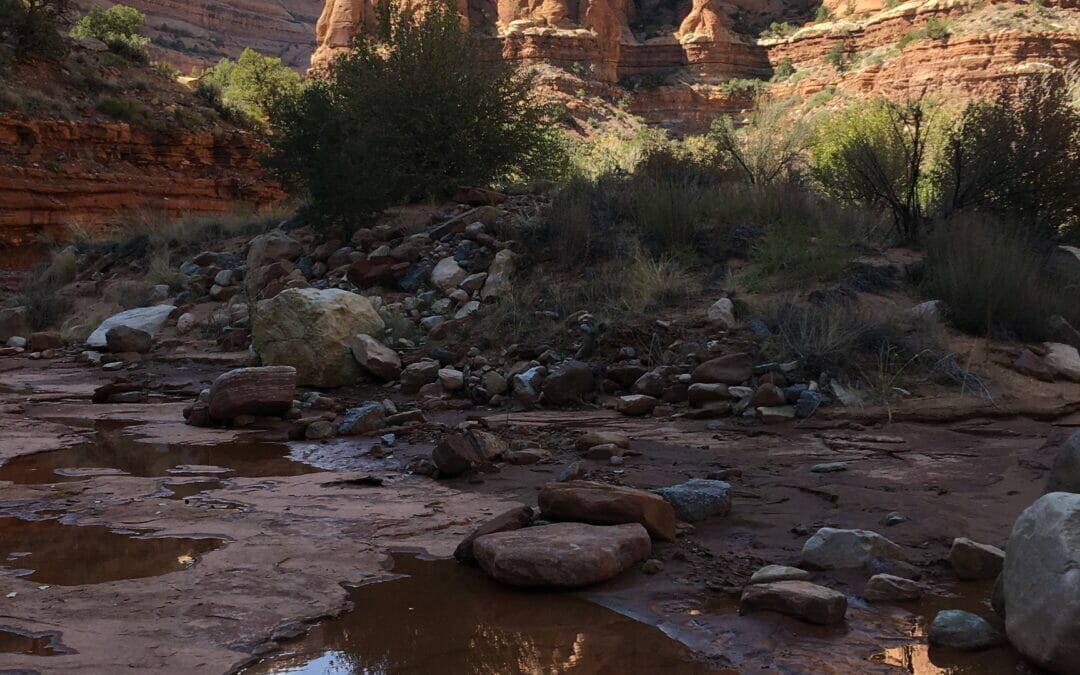 The altered definition of a river in one angler’s mind

For many within the ranks of TU, a river is not a river if no fish live in it. And until recently, I couldn’t have agreed more, but a recent trip to a very dry desert in southwestern Utah helped change my mind. 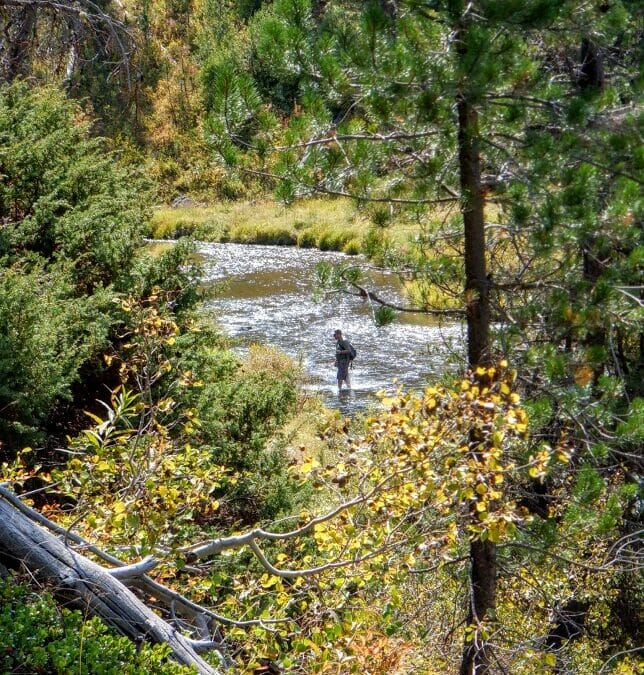 Mourning summer before it’s over 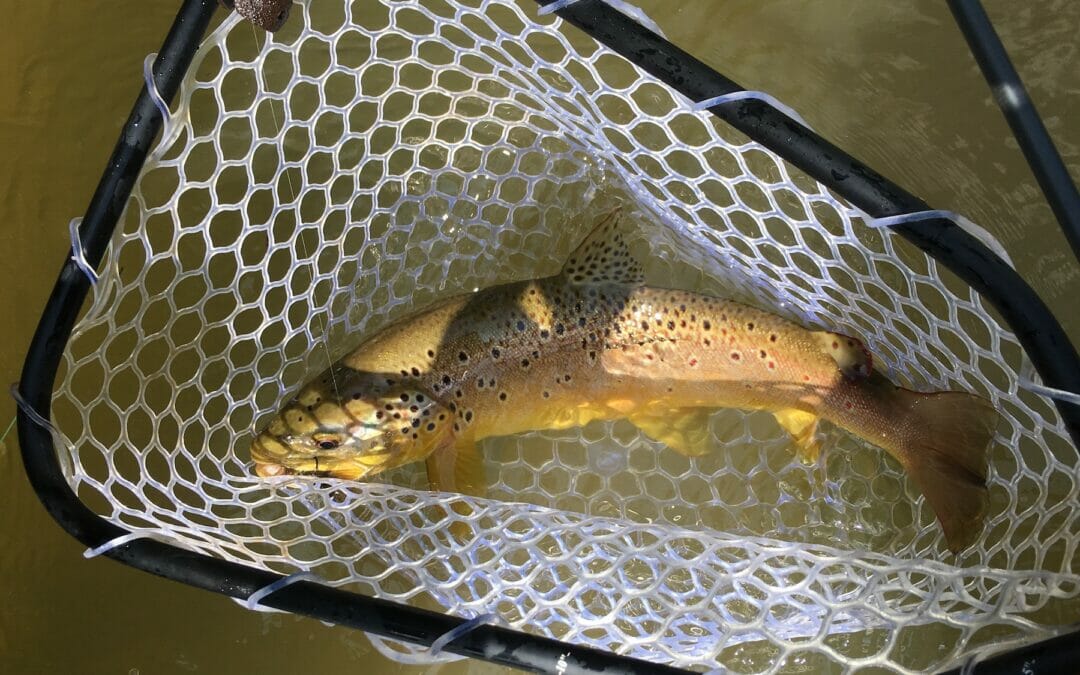 by Mark Taylor | Featured, Voices from the river

I recently had a video call with a Trout Unlimited volunteer in New York. I couldn’t help being distracted. Over his shoulder I could see a stream in the background. “What river is that?” I asked. “The West Branch of the Delaware,” he replied. “I actually was watching... 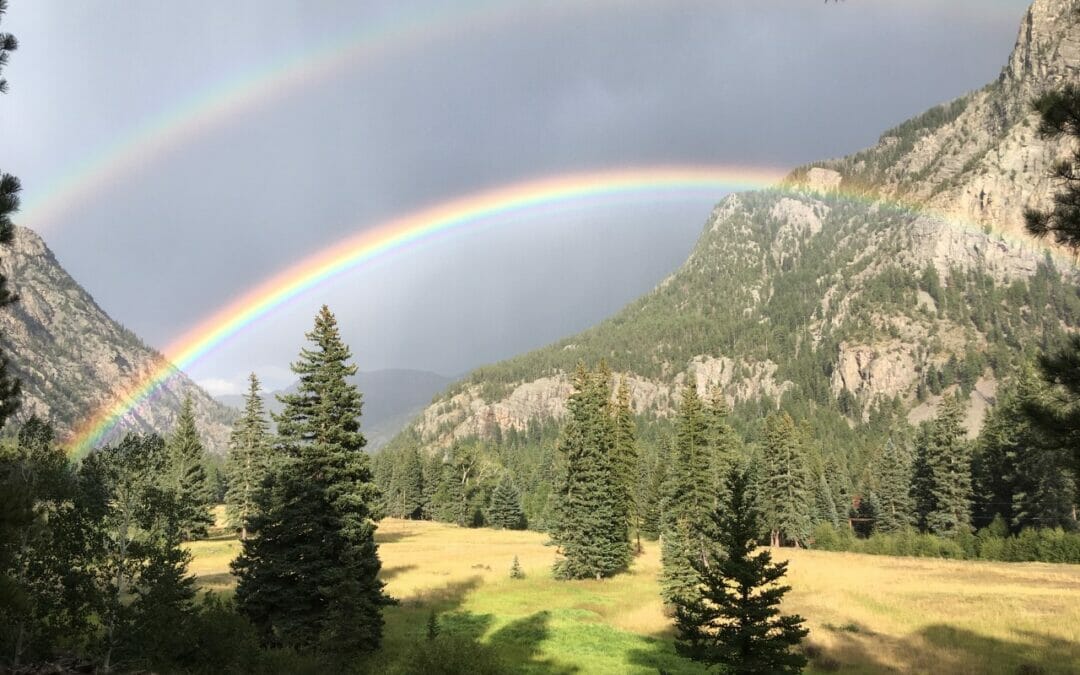 The loud booms forced us off the water and back to the trail, but we thought for sure it would be another dry storm just rumbling its way through the mountains. But, not this time 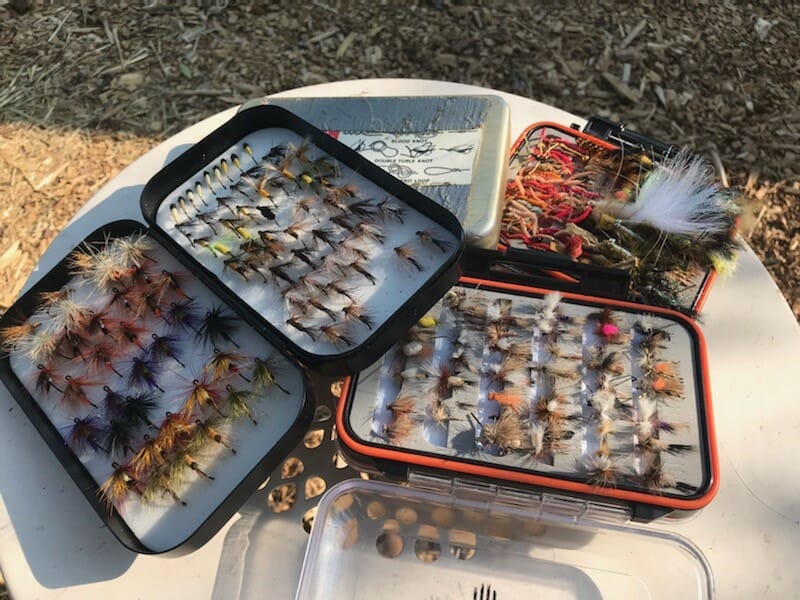 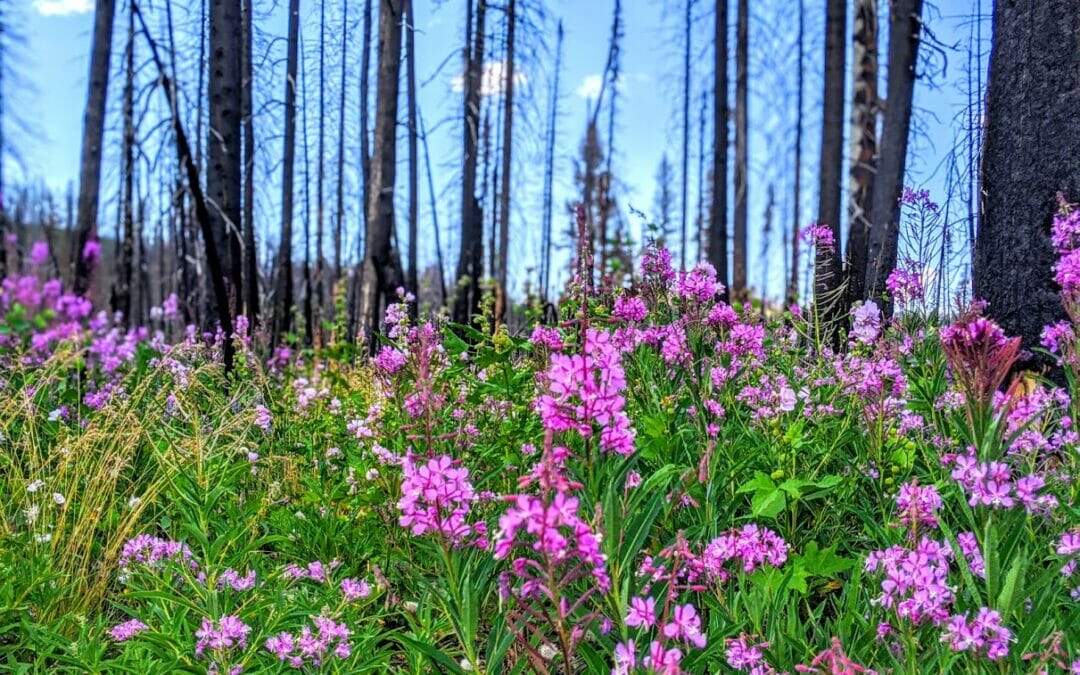 Where hope lives: lessons from a limber pine

by tom.reed | Featured, Voices from the river

Some might say the effort is too daunting and without end, but the optimist knows that her swim, though difficult at times and across the flow, will become a habit rooted deep in muscle memory, a rhythm of life, if she allows herself to know, takes her confidence from can, not cannot 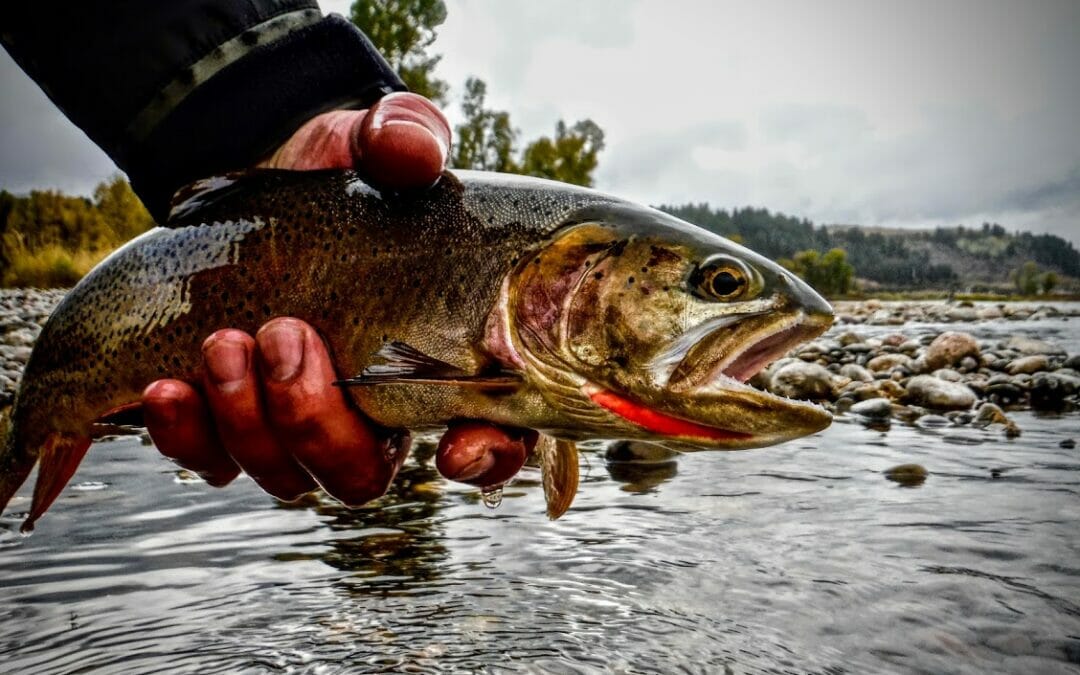 Do it for the fish that made a river famous

by Chris Hunt | Conservation, Featured, Fishing, Voices from the river 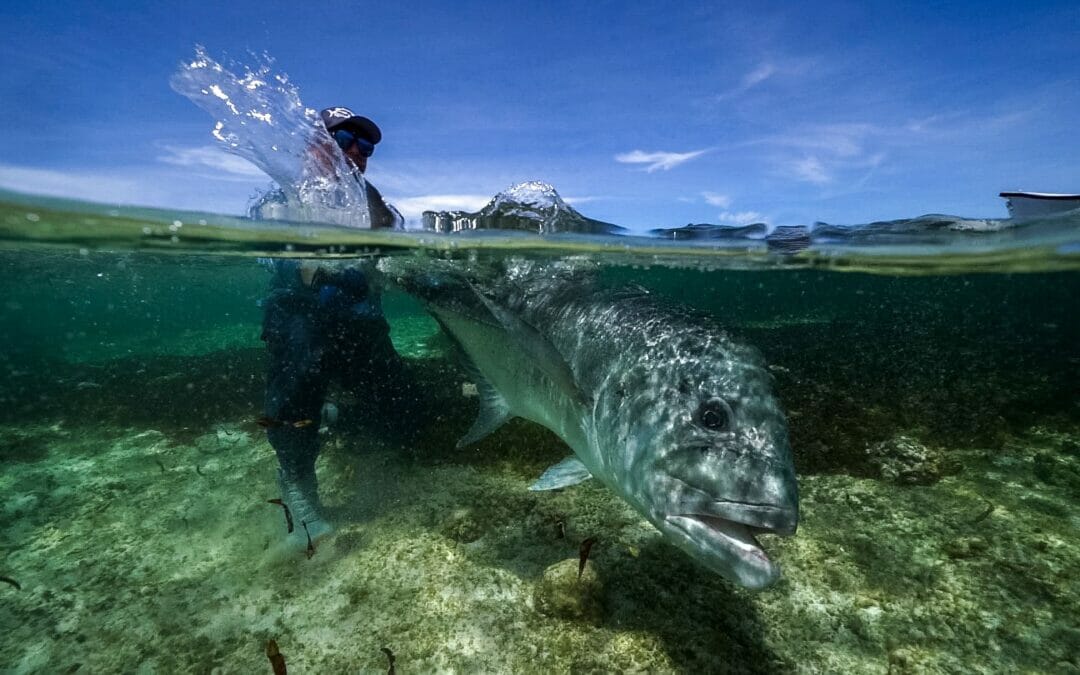 by Chris Hunt | Community, Featured, Fishing, Voices from the river

The annual Fly Fishing Film Tour was forced to hit “pause” earlier this spring thanks to the COVID-19 pandemic, but, as they say, “The show must go on.” 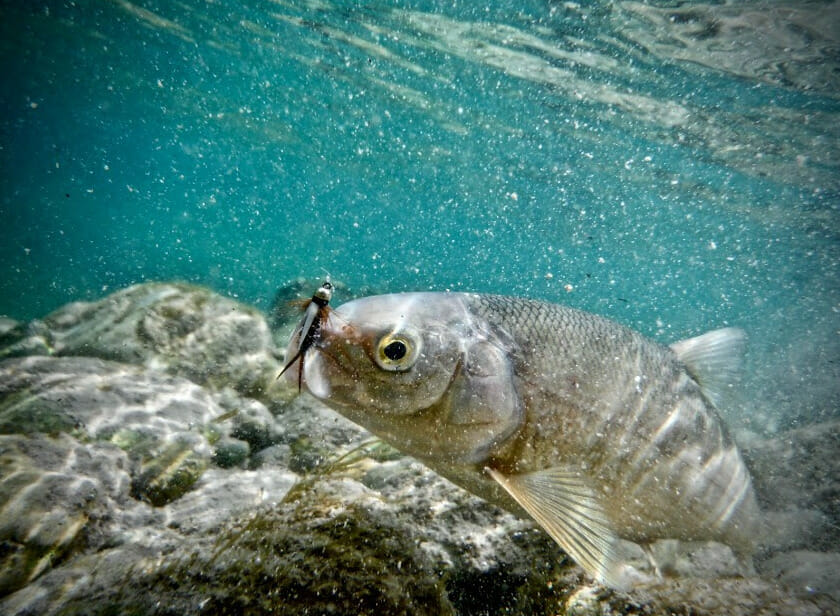 by Chris Hunt | Featured, TROUT Magazine, Voices from the river

There’s trout water, and then there’s trout water that also holds mountain whitefish. The latter is likely healthier.  Whitefish (Prosopium williamsoni) are often greeted by anglers with the same enthusiasm they might afford a creek chub or a sucker. The slightly... 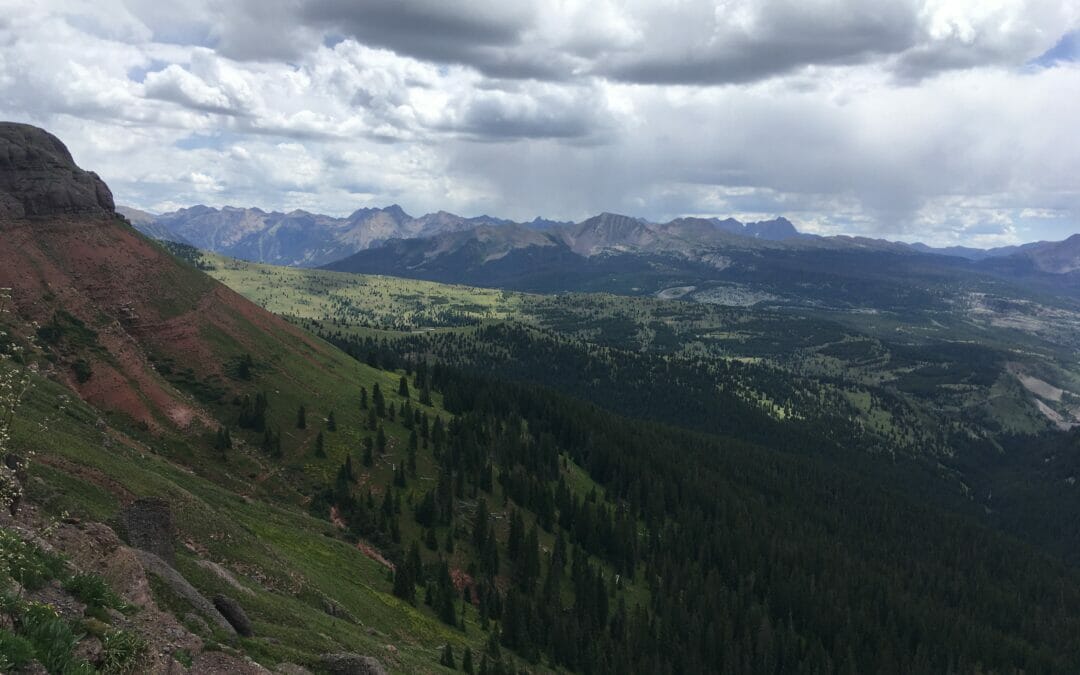 Praying for rain on the Western Slope of Colorado

The thin, cool air and the end of high mountain wildflower season were calling my name. 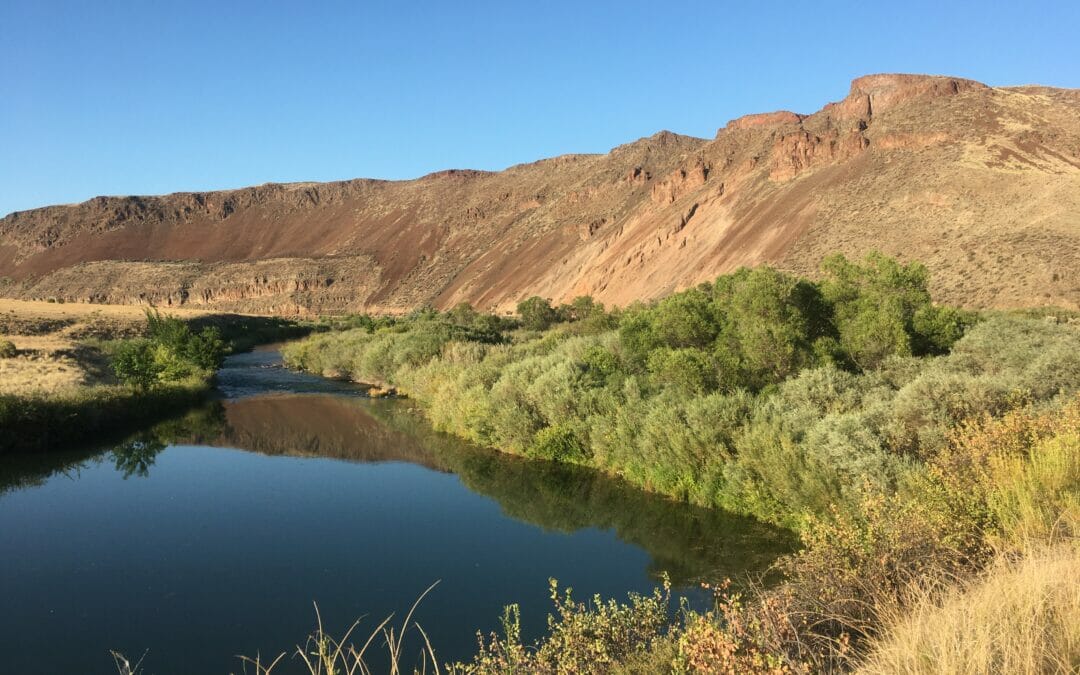 The desert browns of the Owyhee

TU is leading a coalition of sportsmen to permanently protect the Owyhee Canyonlands The thing that strikes me most about the Owyhee River is the incongruity. This amazing trout stream springs from, and flows for many miles through, a desert. Okay, most of this...