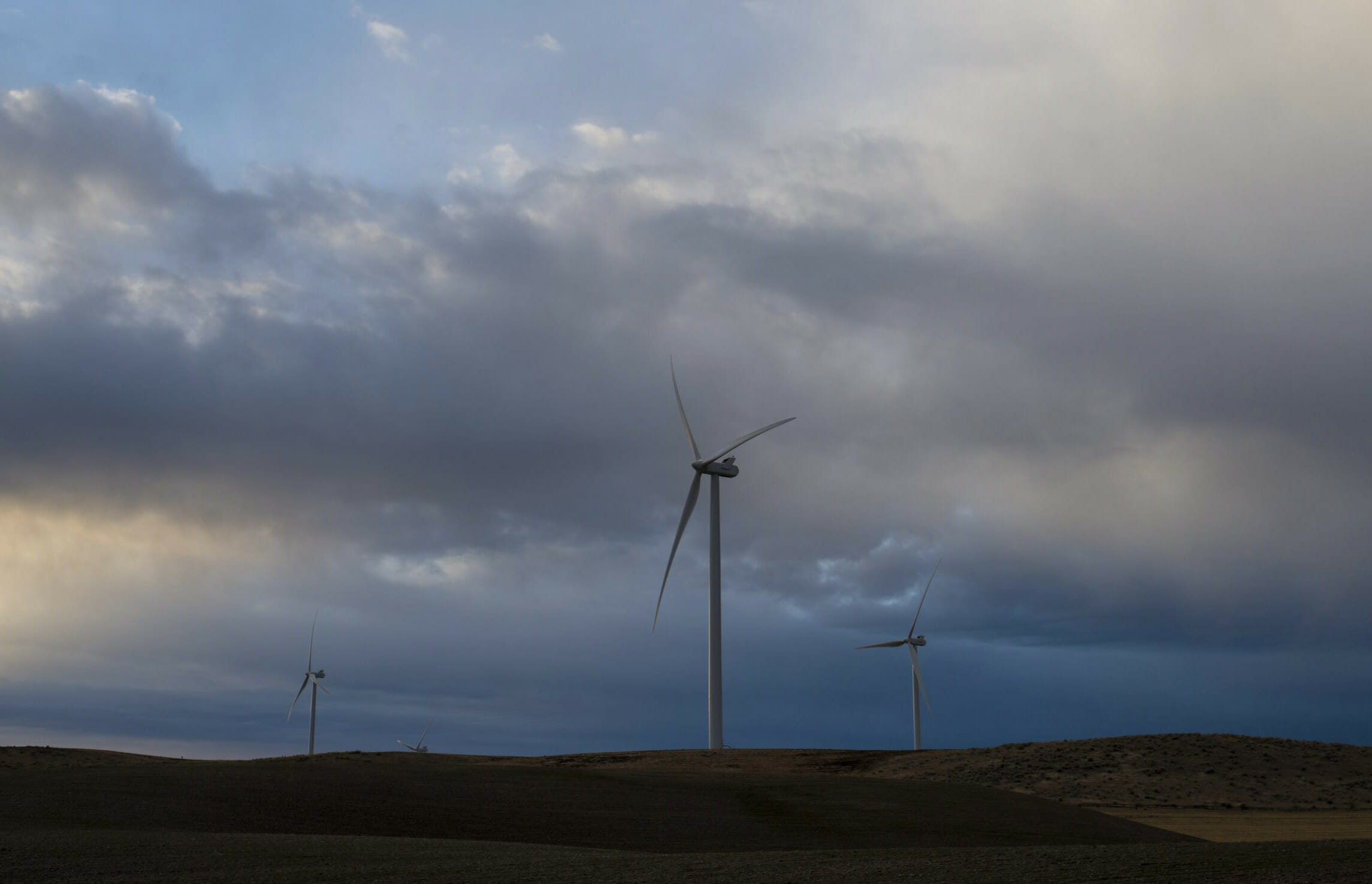 The PLREDA bill supports renewable energy development on public lands that can have a low impact on wildlife and habitat.

High potential for energy & low impact on wildlife and habitat

The Public Land Renewable Energy Act would support responsible development of wind, solar and geothermal projects on public lands with high potential for energy and low impact on wildlife and habitat. Critically, the act would also strategically direct the royalty revenue from development to invest in local communities, fish and wildlife resources and more efficient permitting for renewable energy projects.

Revenues returned to states and counties

Project revenues will return to states and counties, providing revenue to support local services such as roads, infrastructure and state and county projects

Habitat and public lands use

The House VS. Senate versions of PLREDA

Striking a balance between infrastructure and conservation

This bipartisan bill is widely supported by a strong group of conservationists, states, and counties. PLREDA strikes the important balance between development of new clean energy infrastructure and the conservation of our natural resources.  By identifying priority areas for wind, solar and geothermal development, PLREDA encourages smart siting and efficient permitting of projects in places with high potential for energy and low impact on wildlife and habitat. Planning ahead for development in priority areas offers developers certainty for their project timelines and saves both time and money.

Further, the bill would improve management of public lands because it would create a positive incentive for counties and states to support the construction of renewable energy projects on public lands by ensuring that a portion of project revenue would flow back to states and counties.  Importantly, the bill would also help to improve public lands for future generations by directing a portion of project revenues for conservation for fish and wildlife management.  Finally, the revenue sharing model laid out in PLREDA would also help permitting agencies advance renewable energy by securing necessary resources to efficiently manage, review and advance applications for new projects. 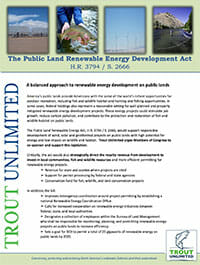 The importance of a conservation counterbalance

The nation’s public lands system provides Americans with the some of the world’s richest opportunities for outdoor recreation. For anglers, public lands contain some of the most valuable trout and salmon habitat in the nation. In fact, in most western states, public lands comprise more than 70 percent of the available habitat for native trout, representing the vast majority of remaining strongholds for coldwater species.

In some cases, federal holdings also represent a reasonable setting for well-planned and properly mitigated renewable energy development projects. These energy projects could stimulate job growth, reduce carbon pollution, and contribute to the protection and restoration of fish and wildlife habitat on public lands.

Utility-scale wind and solar projects are a growing presence on our public lands. These projects will help us move toward a clean energy future, but can take up large chunks of land for long periods of time, and may cause some unavoidable impacts on fish, wildlife and water resources and recreational access. The Public Lands Renewable Energy Development Act provides the conservation counterbalance to unavoidable impacts on our public lands.

PLREDA offers a way to offset issues created by development on public lands by designating a conservation fund derived from royalties and other revenues generated by wind and solar energy projects operating on federal land. The bill also directs a portion of the royalty and lease revenues from public land wind and solar projects to compensate for states and counties impacted by development.

Ask your senators & representatives for Help

Please take a moment to contact your Senators and Representative and urge them to support the Public Land Renewable Energy Development Act (PLREDA).