Washington, D.C.— This morning the Federal Energy Regulatory Commission (FERC) approved the partial transfer of ownership of the lower four Klamath River dams from PacifiCorp to the Klamath River Renewal Corporation (KRRC) for the purpose of removal. The approval is conditioned on PacifiCorp remaining a co-licensee.

A 2016 negotiated agreement proposes to transfer the dams from PacifiCorp to the KRRC for purposes of removal. The agreement allows PacifiCorp to transfer the dams and $200 million to the KRRC and then make a clean break from the project. While FERC’s conditional approval today requires PacifiCorp to remain involved, it also outlines a clear path towards dam removal. FERC’s order took pains to acknowledge that KRRC has successfully responded to requests for additional information and that there is a significant likelihood KRRC will complete the dam removal process without relying on PacifiCorp for additional funding or expertise, as envisioned the Klamath Hydroelectric Settlement Agreement.

Klamath communities that depend on salmon fisheries for economic and cultural survival have campaigned for years to remove the lower four Klamath dams. The dams provide no irrigation diversions, no drinking water, and almost no flood control benefit. The dams were built for hydropower but managing the aging structures today costs more than they’re worth.

Declining fish populations have led to water curtailments to the Klamath Irrigation Project, located above the dams.  Meanwhile downstream Tribes have curtailed or cancelled fish harvests for the first time in millennia.  Klamath Dam removal will increase fish populations including abundance, diversity and resiliency and many believe it to be a key to ending strife over water that plagues the basin every year.

Commercial salmon fishermen from San Francisco to Coos Bay, Oregon depend on Klamath River stocks and their industry has been hard hit with restrictions on catch. “Salmon fishing families are eager to restore the river and get back to helping feed America,” added Spain.

Tribes and their allies have fought for years to remove the dams. Warren Buffett’s Berkshire Hathaway (BRK) owns PacifiCorp, which in turn owns the dams slated for removal under a 2016 negotiated agreement.

The plan to implement America’s most ambitious salmon restoration project involves $200 million in financing from PacifiCorp, $250 million that was earmarked in a 2014 California water bond, and creation of the non-profit KRRC to take over the dams and manage the removal effort.

Parties hope to begin dam removal in 2021 but the timing depends on how quickly they can reconcile today’s FERC ruling with the terms of the settlement agreement and how quickly the required environmental reviews can be completed.

“The decision to partially transfer PacifiCorps’s license is a testament to the strength and vision of the people of the Klamath,” said Morning Star Gali, from Save California Salmon. “Dam removal is a crucial step toward restoring the Klamath’s diminished salmon populations, healing the river’s people, and upholding the rights, and honoring the responsibilities to the river’s Tribes. It is also in the best interest of PacifiCorp’s ratepayers. PacifiCorp has proven they can successfully remove dams. We hope they chose to move forward with us.”

“Dam removal is the essential first step toward restoring safe and clean water, strong runs of salmon and steelhead, and healthy communities in the Klamath,” said Chrysten Lambert, Oregon Director of Trout Unlimited.  “We remain committed to working with PacifiCorp and our agricultural, tribal, and conservation partners to reconnect the economies, cultures, and ecosystems of the upper and lower Klamath Basins.”

“As we’ve seen time after time on rivers across the country, dam removal works. Thanks to FERC’s decision today, the Klamath River is on the way to rebounding back to life. With ongoing cooperation from PacifiCorp and federal regulators, our children and future generations will know a healthy, free-flowing Klamath River,” said Curtis Knight, Executive Director of California Trout.

More information on the Klamath River dams can be found at http://www.klamathrenewal.org/. 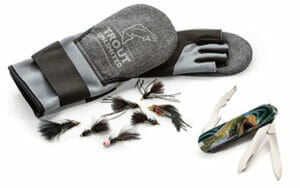