Van Drew’s bill would permanently and fully fund the popular Land and Water Conservation Fund (LWCF), ensuring that funding set aside for the program cannot be diverted for unrelated purposes. An identical bill, S. 1081, was introduced in the Senate and is supported by 41 cosponsors. The bipartisan Senate bill is awaiting a hearing in the Senate Committee on Energy and Natural Resources.

The Land and Water Conservation Fund (LWCF) was established by Congress in 1964 with purpose of preserving, developing and assuring access to outdoor recreation resources. The fund does this by dedicating a portion of revenues from offshore oil and gas development to further conservation efforts and enhancing outdoor recreation opportunities for all Americans. Since 1965, LWCF has invested more than $16 billion into local communities in every state to provide funding for everything from public land acquisitions to developing local outdoor recreation sites.

“On behalf of all Trout Unlimited members, I’d like to thank Chairman Grijalva, Representative Van Drew and the Natural Resources Committee for their commitment to making the Land and Water Conservation Fund whole,” said Steve Moyer, vice president of government affairs for Trout Unlimited. “LWCF’s promise is to guarantee places for all Americans to get outside and experience our natural heritage. Today Congress is one step closer to fulfilling this promise.”

Because LWCF is primarily paid for by oil and gas leasing in the Outer Continental Shelf, the program costs taxpayers nothing, but has helped fund projects in every county in the nation. LWCF projects include public fishing access sites on popular fisheries like the Missouri River in Montana, Letort Spring Run in Pennsylvania, the Brule River in Wisconsin and many other rivers, lakes and streams.

“The House Natural Resources Committee has done its job and now it’s up to the full House to pass this bill,” continued Moyer. “It’s also critical for the Senate Energy and Natural Resources Committee to take up the legislation. LWCF is a proven success and we look forward to working with members on both sides of the aisle to make sure local governments and public land managers get the funding they are due to sustain our outdoor traditions.”

Trout Unlimited members, chapters and state councils have long called on their members of Congress to provide permeant authorization and full funding for LWCF, and our voices are being heard. In February, the John D. Dingell, Jr. Conservation, Management and Recreation Act permanently authorized the program and now Congress needs to finish the job by providing LWCF the dedicated funding it deserves.

The Administration’s FY20 budget eliminated discretionary funding for LWCF, underscoring why full, dedicated funding is so important. Even though LWCF funding doesn’t come from taxpayers, the program invariably gets hamstrung by politics and unrelated budget battles. The Land and Water Conservation Fund Permanent Funding Act would prevent this from happening in the future.

Trout Unlimited is the nation’s oldest and largest coldwater fisheries conservation organization dedicated to conserving, protecting and restoring North America’s trout and salmon and their watersheds. Follow TU on Facebook and Twitter, Instagram and our blog for all the latest information on trout and salmon conservation. 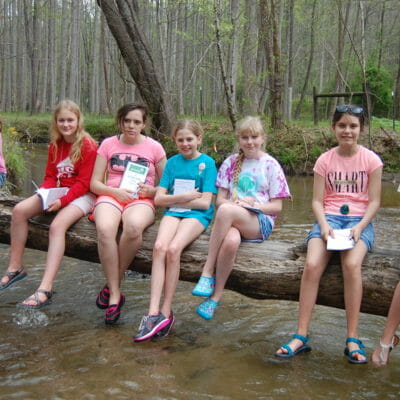 Voices from the River: STREAM Girls connect with nature