“The nation behaves well if it treats the natural resources as assets which it must turn over to the next generation increased; and not impaired in value.”

WASHINGTON, D.C. After reviewing President Trumps Fiscal Year 2018 budget request today, Trout Unlimited strongly criticized its ill-conceived cuts and called on Congress to reject them as the proposal winds its way through the upcoming appropriations process.

President Trumps proposal would offset a $54-billion boost to defense spending and border wall construction by cutting foreign aid and domestic programs, including vital natural resource conservation programs. The proposal features a 31 percent decrease to the EPA, including elimination of vital programs to restore the Great Lakes and clean up the Chesapeake Bay basin, as well as enforcement of the Clean Water and Clean Air Acts.

The Budget proposal would also slash resources needed to manage public and private lands and hunting and fishing access. It would curtail essential science work needed to facilitate watershed resilience in the face of a changing climate. It would have harmful impacts on the ground for Trout Unlimiteds restoration work with landowners and states and the rural American communities that are sustained by outdoor recreation.

The unwarranted cuts in the Budget proposal would take the EPA and other programs back to the last century. said Steve Moyer, vice president of government affairs for Trout Unlimited. For members of Trout Unlimited and people like me who have directly benefitted from the water quality and natural resources improvements of the past decades, this is completely unacceptable. We will work hard to convince the Trump Administration and Congress to remember the words of Teddy Roosevelt, reconsider many of these items, and do much better before the FY 2018 budget is finally decided in the Fall.

Added Moyer, Projects and programs like the Chesapeake Bay Program, LWCF and the Great Lake Restoration Initiative, all cornerstones of TUs on-the-ground-work, start with the idea that we can make things better than they are today and they succeed only through hard work and cooperation. But there is much more work to be done, and we want cant afford to jettison decades of progress.

Some of the worst elements of the budget include the following:

The Great Lakes are home to a remarkable array of trout, salmon, and steelhead, and as a result, fishing is a major economic driver in the region. In recent years, fish habitat in many Great Lakes tributaries have been improving thanks to projects funded by the Great Lakes Restoration Initiative. TU and our partners have been using GLRI funds in places like the Pere Marquette, Little Manistee, Peshtigo, and Oconto rivers to remove barriers to fish passage and add habitat for coldwater fish. The elimination of the Great Lakes Restoration Initiative would stop this work in its tracks.

The Budget proposal would dramatically reduce land and easement acquisition funds from the nations premier conservation law, the LWCF. Hundreds of millions of dollars would be cut from LWCF programs of the Forest Service, FWS, and BLM agencies. TU has long supported LWCF which has been used to enhance angler access and protect high quality trout and salmon habitat. For example, last year in Maine TU worked with landowners to protect the Cold Stream watershed, an actively timber harvested commercial forest that contains nine ponds that provide exemplary wild native brook trout habitat, critical habitat for the threatened Canada lynx, and important deer wintering areas. Good work like this would be eliminated if the Budget proposal is enacted.

The proposed Budget Blueprint is purported to focus the Forest Service budget on maintaining existing forests and grasslands and supporting the capacity for land management operations for Department of the Interior.

We support those objectives, but we will have to see specifics to determine if the Presidents budget ensures our public land management agencies have the resources they need to effectively manage Americas public lands, said Corey Fisher, senior policy director for TUs Sportsmens Conservation Project. Since 1998, we have seen a 39 percent decrease in staffing for managing National Forests. It is hard to imagine further cuts will resolve problems like a $314 million trail maintenance backlog that impact millions of hunters, anglers and other recreationists that depend on our Nations public lands. 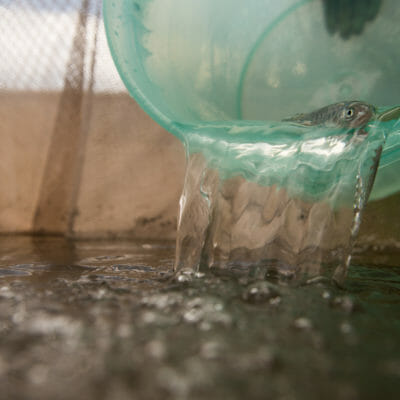 What Trump’s budget means for anglers