For more than eight years, the National Park Service has conducted gill-netting operations and other efforts to reduce lake trout populations and give native Yellowstone cutthroat trout a chance to recover.

Those efforts now are paying off: Recent data indicate that culling efforts are working to suppress invasive lake trout and restore the native cutthroat trout fishery.

The data suggests that we have turned a corner in saving this iconic and globally significant population of native trout, said Jack Williams, senior scientist for Trout Unlimited. While we have a lot of work left to do, these are very encouraging results.

According to NPS staff, an analysis of data shows progress on several fronts:

At the same time, NPS biologists are finding more sophisticated methods of controlling the lake trout population, such as using electricity to destroy lake trout eggs and larvae at spawning groundsefforts that the independent science panel said show great promise.

While we likely will never completely rid Yellowstone Lake of this invasive species, recent analyses suggest that, with a sustained effort, we can successfully manage the lake trout population and provide an environment where Yellowstone cutthroat trout can once again thrive in Yellowstone Lake, be a key component of a healthy ecosystem, and a source of recreation for anglers and visitors, said Dave Hallac, chief of resources at the park.

He added, That will be a huge and historic win for conservation.

Many of the Yellowstones most experienced anglers and dedicated conservationistsincluding longtime guides Craig Mathews, Mike Lawson and Boots Allenstrongly support the Yellowstone cutthroat trout restoration efforts. The campaign is also supported by Trout Unlimited and its 158,000 angling members, the Greater Yellowstone Coalition, the National Park Conservation Association, the Yellowstone Park Foundation and other conservation groups.

Weve found that local and visiting anglers want to restore the native trout, said Dave Sweet, coordinator of TU volunteers for the cutthroat restoration campaign. Visitors come to our national parks wanting to experience an intact native ecosystem, existing as it has for eons. Its part of our natural heritage.

The Yellowstone native cutthroats are as integral to Yellowstones larger ecosystem as bison and grizzlies, said Jack Williams. And theyre one of the most significant populations of native trout in the world. If we cant save them here, in our flagship national park, where can we save them?

Trout Unlimited is the nations largest coldwater conservation organization, with 158,000 members dedicated to conserving, protecting, and restoring North Americas trout and salmon fisheries and their watersheds. Follow TU on Facebook and Twitter, and visit us online at tu.org. 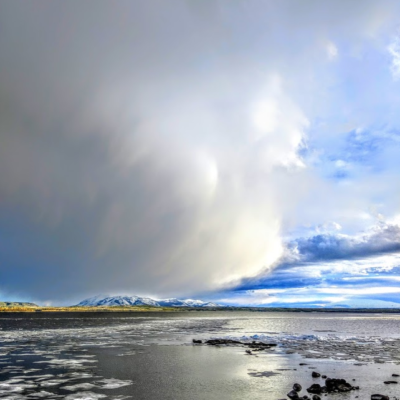