The goal of Trout Unlimited’s Chewuch River Permanent Instream Flow Project is to reduce the effects of irrigation withdrawals on late summer through winter low-flows in the lower eight miles of the Chewuch River.

The Chewuch River supports populations of three fish species listed under the federal Endangered Species Act: Upper Columbia River steelhead, spring Chinook salmon, and bull trout. Portions of the river are designated as critical habitat for all three ESA-listed species and essential fish habitat for Chinook and coho salmon.  The natural hydrograph of the Chewuch River is considered to be at risk–base flows in particular are threatened by irrigation diversions that take 30 to 50 cfs from a baseflow of about 70 cfs.

This project will create a permanent reduction in diversions at baseflow conditions (under 100 cfs) during the irrigation season (May 1 to October 1) and switch the season of reservoir filling from the fall and winter during low flows to the spring and early-summer during high flows.  By enabling spring reservoir filling by the Chewuch Canal Company, this project will allow CCC to move reservoir diversions from the fall baseflow period to the spring rising and peak flow periods, when fish are less vulnerable.

In addition to the permanent Diversion Reduction Agreement (DRA) and water right change, the project includes infrastructure and efficiency improvements that will allow the CCC to deliver water to their users despite the reduced diversions and improve system function and management, while improving flows during critical low flow periods for fish.

This project has improved instream flows for listed fish in a critical basin in the Upper Columbia, using water management tools such as a diversion reduction agreement, changes in reservoir management, and irrigation efficiencies. The result is a win-win for all parties and the fish. 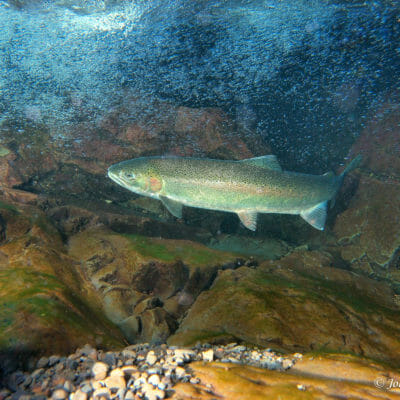 Win for Washington waters: What it took