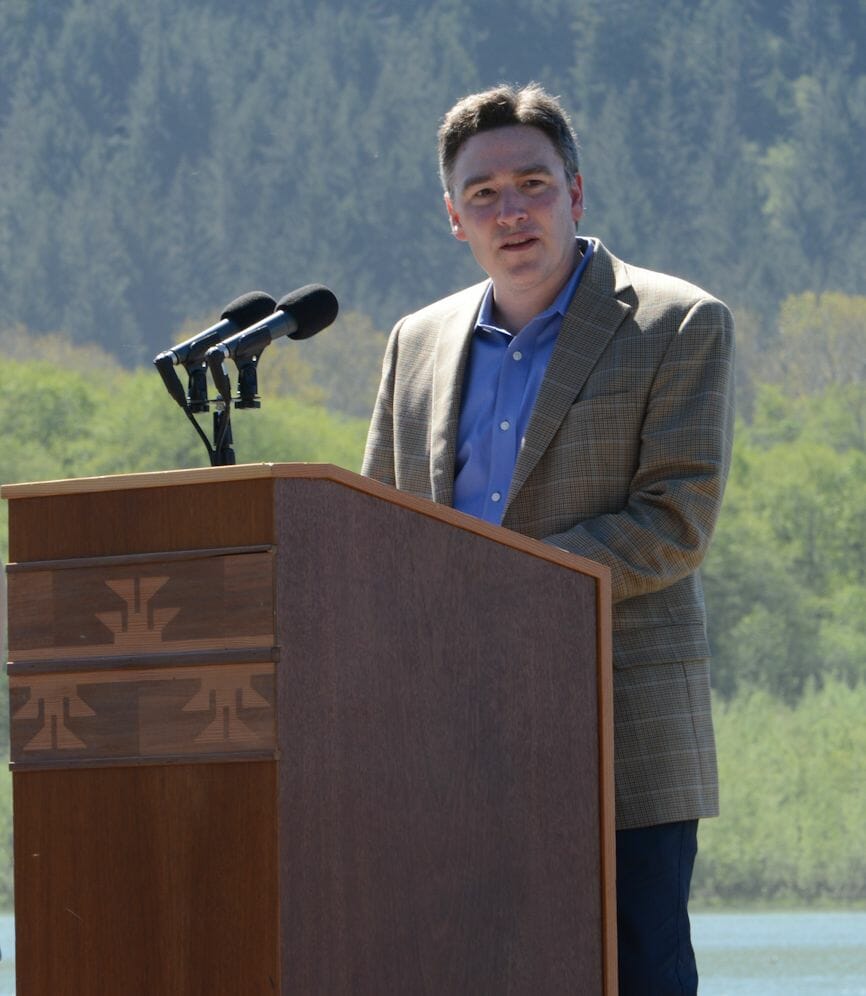 Brian Johnson is the California Director for Trout Unlimited. He manages 20 TU staff members in California working to protect, reconnect, restore and sustain California’s trout and salmon streams. Brian came to TU in 2005 after five years at Shute, Mihaly & Weinberger, a public interest law firm where he represented community groups, tribal governments, and local governments in efforts to protect waterways and other natural resources. Before law school, Brian was the Communications Director at the White House Council on Environmental Quality from 1993-97. He was the co-creator and first project manager for EPA’s “Energy Star” program from 1991-93. Brian grew up in Iowa and graduated from Duke University and Stanford Law School. He and his wife live in San Francisco and enjoy camping in the great outdoors with their 12 year old son and 10 year old daughter.