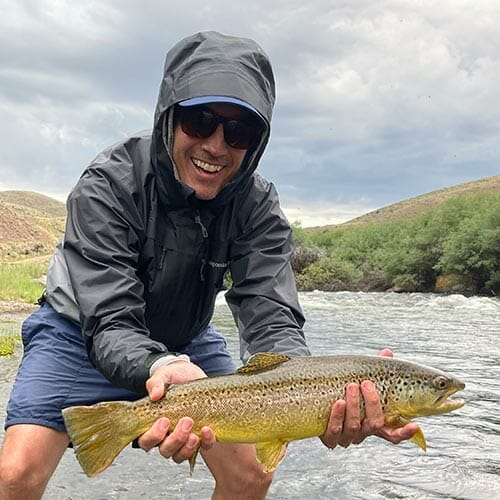 Growing up in western New York, Jonathan was the epitome of a young naturalist. Geodes, feathers, and fossils lined his windowsill. His interest in the natural world led Jonathan to pursue a degree in Environmental Policy from the University of Michigan. After college, he spent 6 years forging his conservation career in coastal South Carolina. From 2008 to 2021, Jonathan helmed Audubon organizations in Michigan, Montana, and Arizona.

Outside of the office, Jonathan is an avid road-tripper and traveler, ultralight backpacker, wannabe Toyota mechanic, and bookworm. His main preoccupation, though, is pouring over maps, tracing the blue lines, and planning his next fly fishing adventure. Jonathan has been casting and tying flies since 1992—the result of a serendipitous encounter with a fly tier at the New York State Fair and, without question, the film version of Maclean’s A River Runs Through It. Jonathan lives and works in Tucson, Arizona.