The Appalachian Stewardship Foundation funded a three-year project to assess Morgantown, WV’s energy usage and evaluate how to reduce pollution. The city has voted to adhere to the Paris Climate Accord.

s, Appalachia has been ravaged by coal and natural gas production, and the results have devastated our mountains and streams, and our homes and communities. Our forests have been razed, our mountain tops stripped and our streams have been destroyed, buried or filled with mine waste. Scenic views in and from our national parks are obscured by smoggy haze, and our air and water are heavy with toxins.

Concerned citizens are leading the battle against pollution from energy development. The fight is difficult and the wins are few, but there is one win worth sharing: in 2004 three environmental groups—Trout Unlimited, the Sierra Club and the National Parks Conservation Association— were involved in a legal appeal of an air permit granted by the West Virginia Department of Environmental Protection to Longview Power, a coal-burning power plant near Morgantown, WV. We enlisted an expert to advise us on how to improve this permit, and an environmental lawyer to handle the case. As a result, a settlement was reached that led to significant improvements in air quality emissions (Sulphur dioxide, nitrogen oxides and particulates), added a mercury monitor, and created a mitigation fund to address damages incurred by mining and burning of coal.

The settlement (and mitigation funds) also spawned the Appalachian Stewardship Foundation, a 501c3 organization that manages the mitigation fund and awards grants to projects that remedy the devastating impacts of energy development across Appalachia. Our overall goal is to advance environmental values that will lead our energy future.

Here is a brief summary of some of the projects we have funded:

The organization Downstream Strategies was funded for a three-year project to assess the City of Morgantown’s energy usage and to evaluate ways to reduce energy in both the business and citizen areas. Many of their suggestions have been implemented and the City Council has voted to uphold the Paris Climate Agreement.

We have supported several solar projects around West Virginia, particularly the formation of solar cooperatives by Solar Holler. In several cases the installations were on public buildings and included an education component on climate change and alternate energy. One such project was at the Mountain Institute in West Virginia.

Some projects are aimed at protection against damage from future energy development. A cooperative project between National TU and the West Virginia Rivers Coalition has created a citizen-monitoring program to collect baseline stream data in and around the Monongahela National Forest. Several natural gas pipelines are proposed to cut through this forest and these monitoring efforts will establish baseline stream quality values prior to any activity. We funded a similar project in Virginia’s George Washington and Jefferson national forests, as well as citizen coalitions attempting to stop the Atlantic Coast and Mountain Valley pipelines (which are likely to have major impacts on streams in those forests).

In addition, we have funded several youth climate change education projects around West Virginia, as well as efforts by groups dedicated to protect against irresponsible energy development of all kinds. We sponsored two climate change conferences in West Virginia (the first of their kind) and this fall we partnered with the WVU Law School Responsible Energy Development group on a conference looking at West Virginia’s energy future without coal. We began funding projects in 2012, and now have supported worthy projects that total about $1.5 million.

In a time when the news about climate change makes it hard to be hopeful, the work we do through the ASF has been truly inspiring, and has made a difference in climate change awareness, reducing greenhouse gas emissions, stream restoration and protecting against damage from future energy development in Appalachia—in no small part because of the contribution of TU to the original and ongoing efforts…

If you’re interested in learning more, details of how we function can be found at Appalachianstewards.org.

Larry Harris lives in Morgantown, WV. He is the Chairman of ASF, is a member of the Climate Change workgroup and Immediate Past Chairman of the NLC of Trout Unlimited 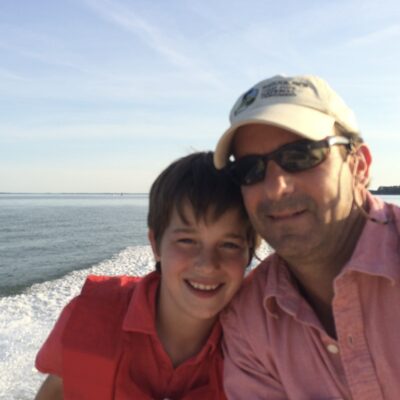 Of fish and kids