Bill Wayman (USFWS) demonstrating how to cryopreserve milt to the Kokanee Supplementation Group. Bill is showing how to handle the Dewar and the technique to properly freeze milt.

Trout Unlimited is involved in some pretty cool species conservation work in Washington.

Lake Sammamish Kokanee (non-anadromous sockeye salmon) are a unique species which, according to historical records, were once the most abundant salmonid in the Lake Sammamish/Washington watershed just east of Seattle. Today they are one of the few remaining native stocks of kokanee in the Pacific Northwest. Unfortunately, The Lake Sammamish Kokanee population has been in a downward trend in recent history with 82 spawners in 2016 and 19 in 2017. This decline has caused managers, including Trout Unlimited, to take drastic action to preserve the viability of the species and avoid a genetic bottleneck.

To preserve the genetics of the species, managers decided that cryopreservation of kokanee gametes would be needed. King County, USFWS, WDFW, Trout Unlimited, and the cities of Redmond, Bellevue, Issaquah, and Sammamish worked together to make it happen.

We were able to coordinate with USFWS to have Bill Wayman (USFWS in Georgia) travel to Washington and train us in the techniques of milt collection and cryopreservation. The process includes collecting the milt, adding a preservative to the sample, drawing the milt into a small straw, and placing the sample into liquid nitrogen.

King County has provided lab technician support for collection events and we have collected samples off every kokanee male that has been brought to the Hatchery for supplementation. These samples can be used within our current spawning season if we collect a female but no male or in future seasons to preserve the genetic viability of the species. 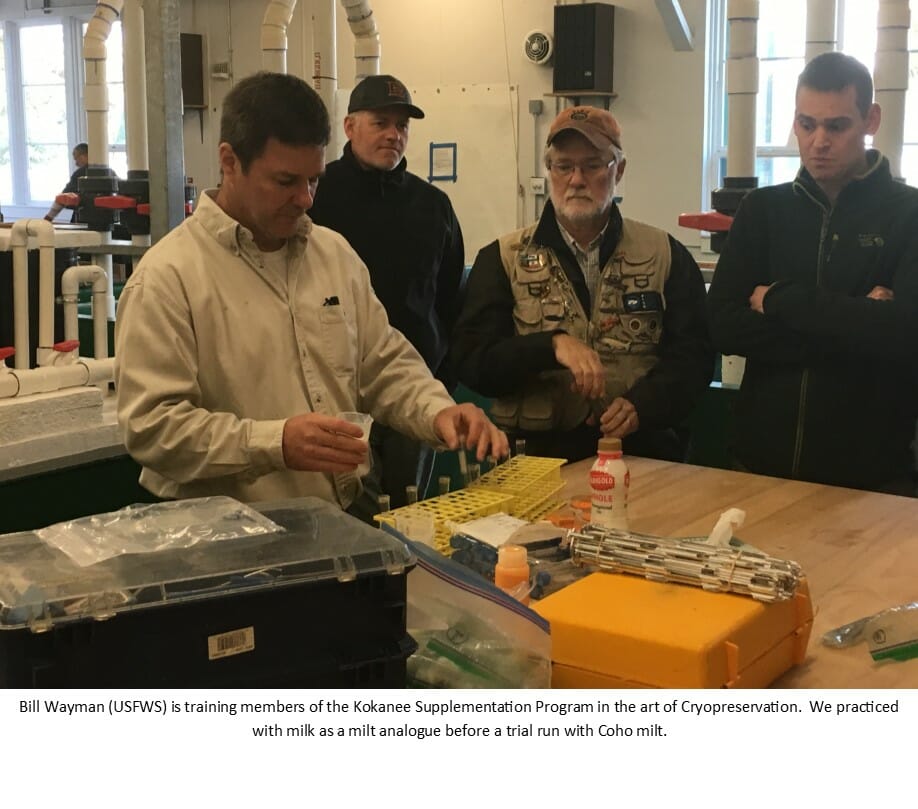 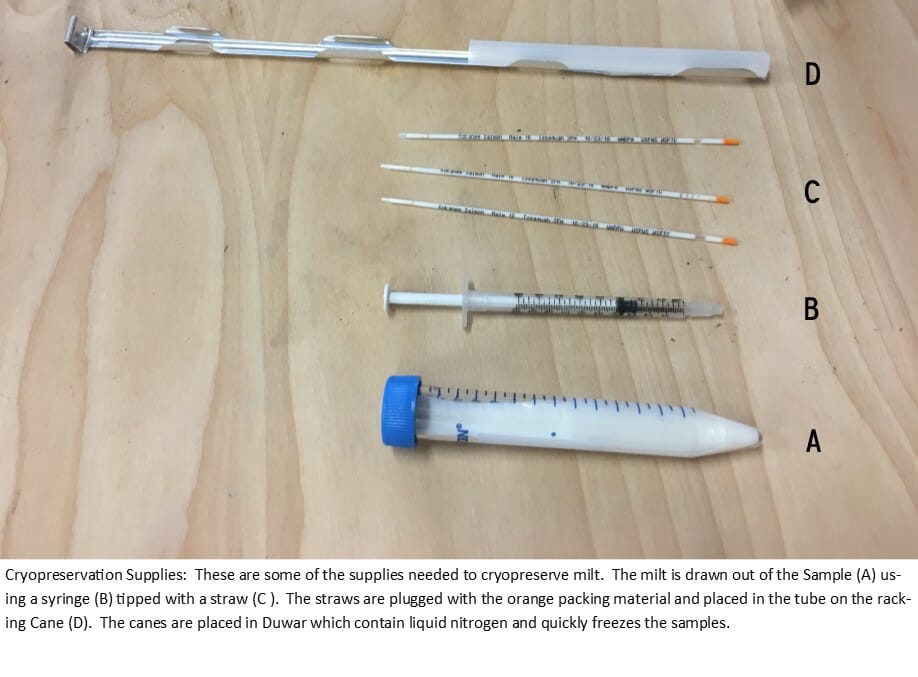