Bristol Bay has been in the news a lot lately — we’ve seen high-profile tweets, segments on mainstream national media platforms and critical statements of the Pebble Mine permitting process.

Together these events have built momentum for the case opposing the proposed copper and gold mine, and important themes in the fight for southwest Alaska have re-emerged.

Perhaps one of the biggest takeaways thus far: Bristol Bay is an issue of national importance where people from across the political spectrum can find common ground. These days, that’s rare. It shows what we can accomplish when we put differences aside and unite around conserving uniquely wild places.

Watch the latest video at foxnews.com

Last week, FOX News aired another segment on Tucker Carlson Tonight. In the segment, Carlson again highlighted the problems of the proposed Pebble Mine that scientists, hunters and anglers have argued for years. In August, he brought Johnny Morris, CEO of Bass Pro Shops, on his show to talk about the Canadian mining company pushing forward its risky and incomplete plan.

But the Friday segment shared a different perspective. Carlson interviewed Brian Kraft, a Bristol Bay business owner. Brian is the President of Katmai Service Providers, and his lodges are Trout Unlimited Business Members — one of them is just downstream of the proposed Pebble Mine site.

15 years ago, partnering with Ekwok Tribal Chief, Luki Akelkok, Brian started ringing the bell in Bristol Bay communities about what Northern Dynasty, the Canadian company behind the Pebble Mine plan, proposed for the region. At that time, the mining interest had been sniffing around with talk of a massive mine in the region, looking to build community support through promises the project could coexist with the irreplacable Bristol Bay salmon and trout fisheries.

Brian initially thought more jobs would be good. But after taking a closer look, his enthusiasm was replaced with skepticism, with good reason. Peer-reviewed science has since showed irreparable harm to the fish and the fish-based industries of the region if Pebble Mine were to become a reality. That science is what led to the Army Corps of Engineers’ latest conclusion that Pebble Mine, as it presently proposed, should not be permitted in the region.

For nearly two decades, Trout Unlimited has stood next to Brian as he advocates relentlessly for his business, his neighbors and the communities that depend on clean water and healthy habitat to support their families.

Tucker Carlson and the other prominent national figures that have come out recently against the mine have given Bristol Bay residents the platform and microphone they need to reach the highest office to safeguard Bristol Bay — the White House. Opposition to the mine among local residents has always been about 80 percent, and sportsmen and women turned to the president to deny the Clean Water Act permit for Pebble Mine.

This effort has come full circle. Twenty years ago, it began in Bristol Bay with people like Brian who spoke up against something they knew was wrong. Over the years, they’ve been joined by TU, commercial fishermen, scientists, mining experts and millions of Americans across the country, all standing behind the local tribal organizations, who all know that Bristol Bay is not the place for the proposed Pebble Mine.

We are grateful for those who help elevate the voices of the people in Bristol Bay. Thank you to the individuals in Alaska and beyond who continue to oppose this wrong-headed project.

Show your continued support for Bristol Bay by donating to TU’s Save Bristol Bay campaign today. 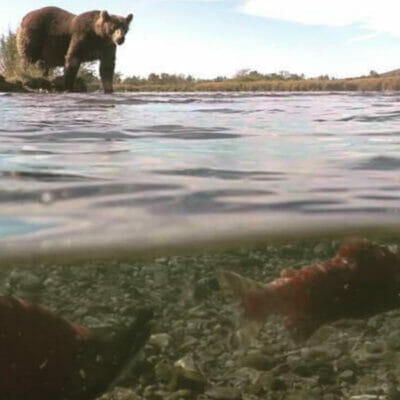 Pebble Mine can be stopped by President Trump 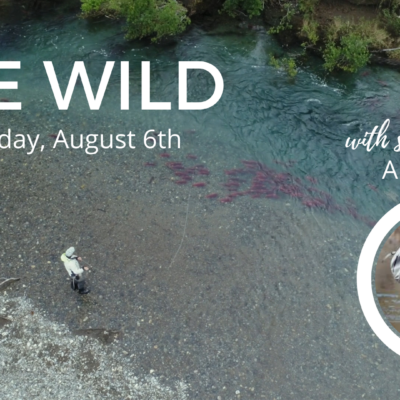 Light the Fire for Bristol Bay