A good friend of mine worked with a women’s group at the Metropolitan Correctional Center in downtown Chicago one summer during college.

The federal prison famously has these tall, 5-inch wide windows, originally made to be narrow enough that they didn’t require bars. My friend told me that when new women moved in, they complained angrily and endlessly about the lack of natural light to anyone who would listen. They were mad about being forced to live in the darkness.

It did seem like the architecture was piling on another misfortune to already-troubled souls. Later that summer, I asked my friend how the women were getting accustomed to their temporary dwelling and she said they’d all long since calmed down about the windows.

“You just can’t stay mad that long,” I remember her saying.

It makes sense. Everyone has their own version of too-small-window injustices. To some degree, we get used to our surroundings. We adapt, calm down and move on. Partly for our own need for peace and wellbeing, and partly because we just give up.

I couldn’t help but think of that story yesterday morning standing outside the Anchorage federal courthouse, bundled with a group of Bristol Bay representatives announcing a lawsuit they are filing against the U.S. EPA. When the agency withdrew the Bristol Bay Proposed Determination this summer, it tossed aside clear science and widely-supported protections for the world-class region in order to lend a hand to a foreign mining company. This group is mad.

Members of the media had shown up to hear what they had to say, as had a handful of colleagues from various organizations who have worked diligently together for a decade to help stop the proposed Pebble mine from advancing atop North America’s last remaining wild salmon stronghold, and the home region of those who stood before us today.

Though media coverage and general public awareness on the Pebble issue waxes and wanes, against all human inclination, the people of Bristol Bay have remained mad – for over a decade now.

They know their home region that produces over half the world’s supply of sockeye salmon is worth keeping intact. Bristol Bay buoys Alaska’s fishing economy, and tourists world-wide spend thousands to visit each summer. Since Pebble filed its actual mining plans and they are sloppy and lacking in science, we’ve all only gotten madder.

Bristol Bay is so clearly the wrong place to build a mine larger than has ever been built, atop wet tundra, and then risk leaving it there – permanently. Common sense agrees with this, and the peer-reviewed science used to create the Proposed Determination does too. Beyond reason, in our guts we know that some places are too special to risk, and the home region of these people before me is one of them.

I’m so impressed with the determination of these individuals to fight it. It’s not just a matter of turning out to a hearing or two and writing letters, maybe going on a trip to D.C. They’ve taken on a generational commitment. Their children have grown up learning to be advocates. They’ve shown up to testify more times than they can count. They’ve stayed mad. We can learn from them.

Bristol Bay in the summertime speaks for itself. From the window of a plane flying low over the region, it’s obvious lunacy to even think about constructing North America’s largest toxic open pit mine and tailings facility on a landscape so pristine, productive and beautiful. But in the winter when many of the advocates who stand behind this morning’s group of colleagues go back to our homes in Anchorage, or tourists and fishermen go back to the Lower 48, the lunacy can fall to the back of our minds.

For these residents – for whom the mine risks their home, their cultures, livelihoods, their inheritance – it never does.

I’m honored to stand behind and support the people who are mad for good reason and stay mad. Anglers and other outdoor enthusiasts around the state and country that care about this place are right there with them. It’s going to take a while – I hope if you’re reading this, you’ll stay mad and engaged with us. There’s plenty to do.

Joining the local tribes and organizations, this morning Trout Unlimited also filed a lawsuit against the EPA. Read Trout Unlimited’s perspective on this here. This blog has a good summary of what you can do to get involved in the effort to save Bristol Bay. 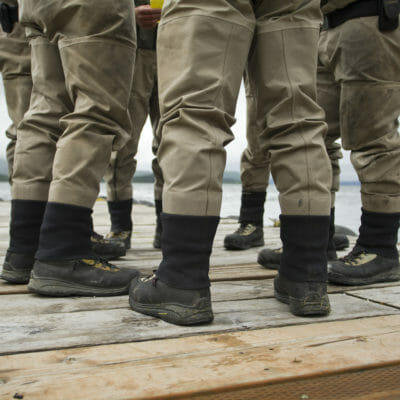 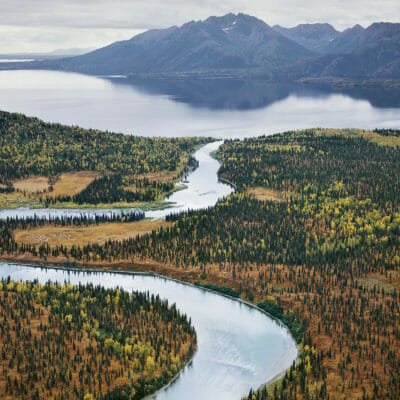