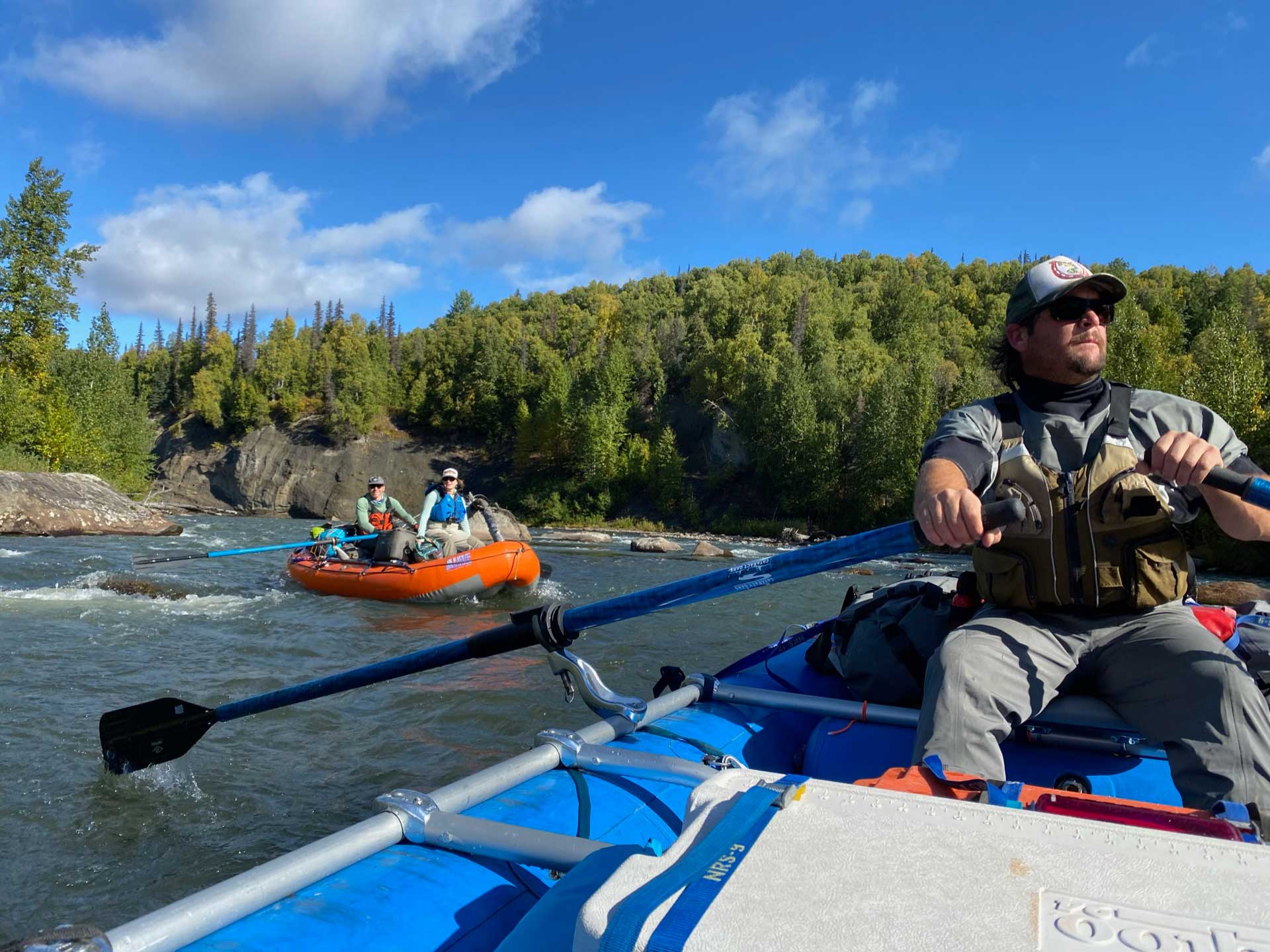 Draining the bold peaks of Denali and the Alaska Range, the expansive Susitna River and its many tributaries offer some of the most-prized fishing and hunting grounds in Alaska. The Susitna River, meaning “river of sand,” meanders through the traditional lands of the Dena’ina Alaska Native people and is rich with indigenous history.

The Susitna River is the fourth largest Chinook salmon producer in the state of Alaska, producing twice as many Chinook as the famed Kenai River, with the largest returns bound for the wild waters of the west Susitna tributaries.

The Susitna River is a hot bed of economic activity and integral to the strong sportfishing economy of the Matanuska-Susitna Valley, which contributes roughly $57 million and 370 jobs annually and is reliant on healthy and connected fish habitat.

We have watched wild salmon populations throughout North America slip away with habitat loss or degradation often being a leading cause – both of which are easily avoided.  Hunters, anglers, recreational users, and business owners understand that fish and game populations rely on intact ecosystems to thrive and Trout Unlimited will continue to advocate for them in the Susitna River basin and throughout Alaska.

The West Susitna Industrial Access Corridor: An Unnecessary Risk to Fish and Recreation

The remote area west of the Susitna River currently has few roads and exemplifies Alaska’s reputation as a wild land, with winding productive rivers. The region is well utilized by residents and tourists and hosts a diversity of economic activities that coexist with robust populations of fish and wildlife.

The proposed project is a 100+ mile industrial access corridor through the heart of the west Susitna Valley and recently advanced to environmental permitting. If built, the access corridor would cross 182 rivers or streams and fragment thousands of acres of wetland habitat. The selected route would require 11 bridges and 175 culverts, only 83 of them would allow for fish passage. The impact of historically, poorly designed culverts has already been felt in the Mat-Su Borough. Studies by Alaska Department of Fish & Games Fish Passage Inventory Program found that 80% of the borough’s culverts were troublesome for fish and thwarted access to more than 400 miles of habitat for juvenile salmon. The Borough and State have dedicated more than 18 million dollars to address this problem, replacing more than 115 of the troublesome culverts.

While the road corridor alone would have significant impact to fish and game habitat, as a publicly touted “road to resources” it would pave the way for an undisclosed number of resource extraction activities, further compromising fish habitat, recreational opportunities and public lands that belong to all Alaskans.

The project is estimated to cost $300 – $400 million, consuming public funds to subsidize private industry. An engagement survey hosted by the Mat-Su Borough on the project in winter of 2022 found that over 60% of area residents firmly opposed the proposal and another 20% would only support it if it was open to public access.

In 2022, AIDEA applied for a permit with the Army Corps of Engineers to fill in or dig up a significant amount of wetlands in association with the project. Over the course of the next several years anglers can anticipate several comment periods to provide input on the mega project and its impacts.

Trout Unlimited is very concerned about this project because of its impacts on salmon, specifically vulnerable Chinook and coho salmon populations. The industrial road will also negatively impact the region’s recreational users and businesses by compromising the wild experience many people visit the West Susitna to enjoy. We are tracking the West Susitna Industrial Access Road to ensure strong science informs decision making and that the the concerns of anglers and local residents are listened to.

Want updates on issues related to the Susitna River watershed?

By signing up, you will receive the latest email, news and action alerts focused on this area.

The management plan includes important provisions guiding development, reserving water flows and more to guide the management of these important resources.  With the Little Susitna River, Talachulitna River, and Alexander Creek all potentially impacted by the proposed West Susitna Industrial Access Corridor, maintaining the strength of the management plan is paramount. By direction of Alaska Governor Mike Dunleavy, the plan is currently under review by the Alaska Department of Natural Resources and an Advisory Committee representing various stakeholders. The scoping process for the management plan review was hosted in 2022 and proposed revisions are anticipated to come soon. The public will have the opportunity to comment on changes to the management plan and, as currently written, the legislature will have to vote to adopt them.

The Susitna Basin Recreational Rivers Management Plan was a gift to future generations of Alaskans, it’s our turn to be stewards of the Susitna.

Susitna in the news

Sustaining the Susitna River in Alaska

In view of Denali, a new threat to wild fish habitat

Whitewater and wild rainbows on an inspiring Alaska wilderness float