Remote sensing is being used to measure improvement in Lahontan cutthroat trout habitat in Nevada.

Have you ever assisted your local DNR biologist with a painstaking habitat survey on your favorite trout stream where you tediously measured the stream channel, substrates, wood, undercut banks, and so on? When you were done, did you question how those measurements were even relevant to the trout population of interest?

You’ve seen the habitat upstream and downstream from your survey and it definitely looked different. How does the tiny snapshot of a stream that you’ve just measured fit into the larger landscape? In a new paper in AFS’s Fisheries magazine, TU scientists and colleagues from the University of Georgia have outlined how remote sensing is transforming our understanding of aquatic ecosystems and fish populations. Remote sensing refers to the collection of information on objects or areas from a distance, often using satellite-based or airborne instruments.

If you have ever seen one of those compelling satellite images of earth or have zoomed around in Google Earth, then you probably already know that those images aren’t just available for one specific location but are available for entire watersheds, landscapes, and, in some case, the entire globe! And those images aren’t just a cool picture, they contain multiple pieces of information (data!) in every pixel of the image.

In the case of NASA’s Landsat program, those images contain data at a 30-meter (90 foot) pixel resolution for every point on Earth, and new images have been collected every 16 days since the early 1980s. The data embedded in the imagery can be analyzed in specific ways to describe watershed or stream-side vegetation types and productivity, river channel geomorphology, lake productivity, and so on. As highlighted in the Fisheries paper, those types of analyses are much easier today than they were just a few years ago because of free access to imagery archives, new computing platforms, and cloud computing. 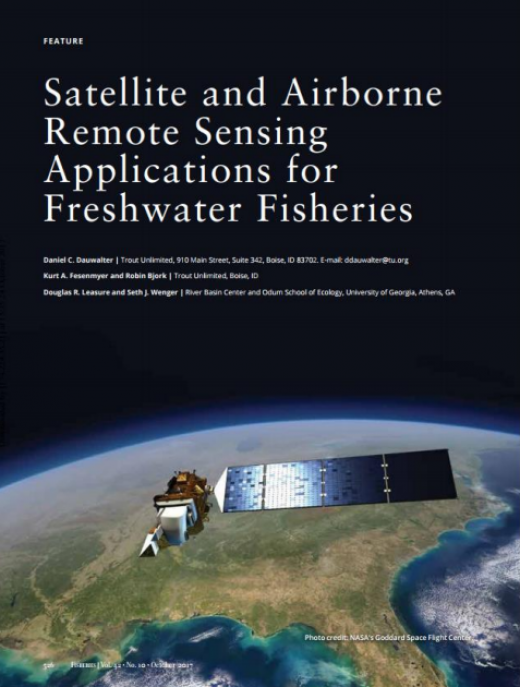 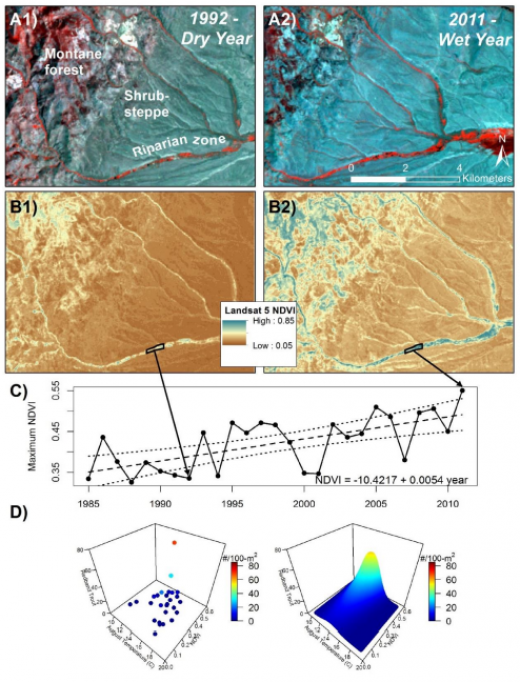 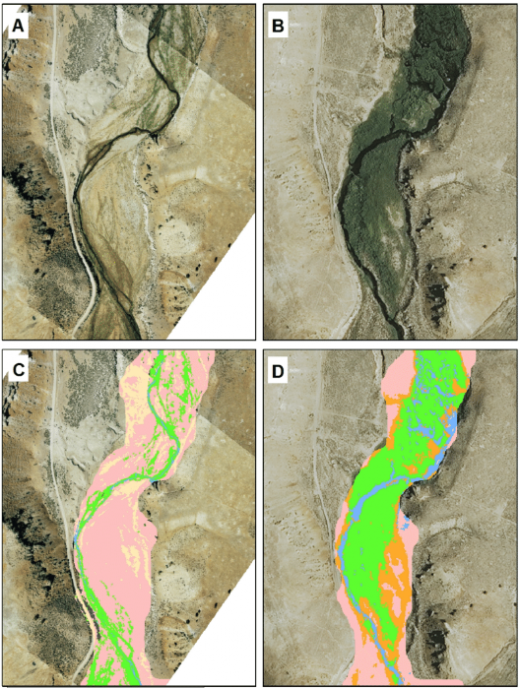 Currently, TU scientists and partners are using satellite imagery to explain how stream temperatures, riparian vegetation, streamflows and non-native trout influence habitat carrying capacity and population dynamics of Lahontan cutthroat trout in the Great Basin. This Trout Population Viability Project is funded by NASA because satellite imagery is being used to explain habitat conditions for every Lahontan stream of interest for every year since 1985 to estimate viability for every Lahontan population that exists today.

Thus, remote sensing is helping to inform conservation and recovery of Lahontans in ways that could not have been imagined just a decade ago, and is a great example of how remote sensing will revolutionize native trout conservation into the 21st Century.

Dan Dauwalter, Kurt Fesenmyer and Helen Neville all work on TU’s Science Team based in Boise.