Here’s a little good news for your weekend.

A few days ago, a year to the day that tens of thousands of coldwater fish were killed in the Yellowstone River due to low flows, high water temperatures, and associated disease, TU signed an agreement with Kinross—a mining company out of Toronto—that will result in at least 3 billion gallons of water per year remaining instream in critical tributaries of the Yellowstone. It is the first-of-its kind agreement with a mining company, and one of the largest and most ecologically significant water right donations in history. Notably, it also is one of the first (but not the last!) times that water conservation will provide tax benefit similar to the one commonly taken by landowners for land conservation.

The Rocky Mountain Elk Foundation also lent a hand by taking a conservation easement on nearly 600 acres of critical habitat for elk between the Yellowstone National Park and the Gallatin National Forest.
The governor of Montana, the deputy secretary of Interior, and the entire Montana congressional delegation were there to celebrate the good work of TU staffers Pat Byorth and Laura Ziemer who did all of the heavy lifting for TU to make this project possible.

Kinross was under no obligation to donate either the land or water. In fact, they never actually mined the area. They acquired the property in a larger transaction with another mining company, and then performed an award-winning abandoned mine clean-up prior to donating the water and the land.

Whether Kinross did this because their CEO, Paul Rollinson and many other in their company love to hunt and fish or simply because it was the right thing to do is immaterial. What matters is that this action will provide thermal refuge and late-season flows for Yellowstone cutthroat trout, and other coldwater species. Most importantly, it establishes a precedent that other companies can follow.

Mostly, however, the project is a tip-of-the-hat to the patient and hard work of collaborative stewardship and the value of partnerships, relationships, and results on the ground for making fishing better, and the world a better place. 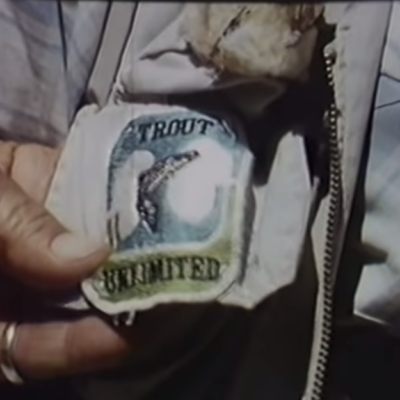