When teaching guide clients how to read a stream, I stressed three basic conditions that dictate where a trout will hold: access to food, access to safety and access to shelter from energy-sapping currents.

A healthy and stable abundance of any or all of these conditions affords trout the option of staying put, perhaps enabling a longer lifespan and successful propagation. Insufficiencies cut the opposite way, causing a trout to migrate, suffer or die.

This model also applies to large animals, whose migrations throughout the West are a growing topic of concern. Human development of rural and exurban land – for petroleum and minerals and real estate – continues mostly unchecked, threatening wildlife migrations between important seasonal habitats. Using some of the best and most recent science, agencies, wildlife advocates and politicians aim to protect these routes by addressing fences, roads and highways, and other impediments to the fluid movement of large mammals across the land.

This conversation is as important as it is long overdue. Not only are animals killed on increasingly trafficked highways, but herds are at risk of being stranded as doorways to greener pastures are pinched closed by human encroachment and the consequences of climate change.

Wildlife is big business throughout much of the rural West, as ecotourists and hunters drop billions of dollars in ever-hungry towns. Overwhelmingly, Americans of all stripes place a high value on wildlife, which, in light of our exploding recreation economy, is itself a wildlife stressor. More people in the woods means more animals on high alert or on the run; access to safety and relief from the current are not just for trout.

The connectivity issue, as many prefer to call it, focuses almost completely on the bigs—on elk, deer, and antelope, and the bears, wolves, cougars, and coyotes that follow them around. As far as it goes, this focus is needed, though I look forward to its expansion. After all, coyotes, bobcats, and lynx rely on smaller servings. Along with baby ungulates, they eat reptiles and, predominantly, rodents. They like death in one bite, prey that won’t escape after goring them or kicking in their teeth.

When launching a major human transportation project we start by outlining a project area, through which we mark needed and existing rights of way, heavy and light traffic projections, We locate bottlenecks impeding smooth travel, plan bridges and tunnels and plot exits for travelers in need of fuel and safe lodging. We inventory aging or broken infrastructure, the present and future potholes, lest the efficiency of our system is compromised. And throughout such an effort, it is critical that communities be engaged and kept informed, especially regarding traffic and possibly detours through their neighborhoods.

Across several million acres in the Upper Rio Grande Basin, such a project is being implemented for wildlife. A right of way has been proposed and, importantly, a process is coming together for addressing other factors. The stakeholder base is growing every day; partners include everyone from NGOs to agencies to local and county governments, and a large majority of private landowners are committed to wildlife connectivity.

In New Mexico we have a couple sayings, “El Agua es la Vida” (water is life) and “Tierra o Muerte” (land or death), the latter a slogan that arose from a regional conflict in which a land-grant community felt its land was being stolen by the government. These sayings reflect an ethic that has ostensibly ruled New Mexico, and indeed the rest of the West, since Europeans began altering its open space. For a very long time, and in some cases still, there’s been no stocking rate too high or a stubble height too low. Waste has been a tree left standing or water left in a stream.

The result of this admittedly innocent abuse is a New Mexico clawed by erosion, a picture of gullies cut into long abandoned floodplains, soil depleted of life, and streams that once flowed now doing so underground. If we love our land and water so much, I’ve often wondered, then how can we be so comfortable with its departure?

I ask this not to criticize, because landscape-scale efforts to remediate past injuries have been embraced by pretty much everyone for quite some time. I’m merely pointing out a pothole in our prospective wildlife highway. In this era of climate change, where drought, fire and increasingly violent rainstorms that create gullies in one place while deepening them in others, this pothole has the potential to spread. There are bug-killed forests, vulnerable to ignition or blowdowns (bad for wildlife movement). God forbid such potholes should connect.

Because it’s definitely not the connectivity we would want.

Among its many impacts, climate change threatens wildlife migration by altering the water cycle. In winter, warmer air causes more precipitation to fall as rain instead of snow. Hotter air holds more water, allowing less of it to precipitate. At other times, precipitation comes all at once.

Protecting and restoring riparian areas is good for wildlife, but watershed (and subwatershed) health is the appropriate scale, particularly since surface water comprises such a miniscule part of the picture. Again, there is a danger of erosion-affected areas — including streams and gully tributaries — connecting with each other, potentially creating swaths of bare or weed-infested land that may impede or alter wildlife movement the way pavement or fences do. Such areas may place greater stress on higher-quality wildlife routes, possibly to the point of degradation.

As we all know, erosion is a many-headed beast, but focusing on the land’s capacity to catch and hold water results in greater or more sustained surface flow, more forage growth and diversity and more wildlife diversity (tunneling rodents increase water infiltration; insects not only pollenate but feed a wide variety of animals, including predators).

Toner Mitchell is the water and habitat coordinator in New Mexico for Trout Unlimited. He lives and works in Santa Fe. 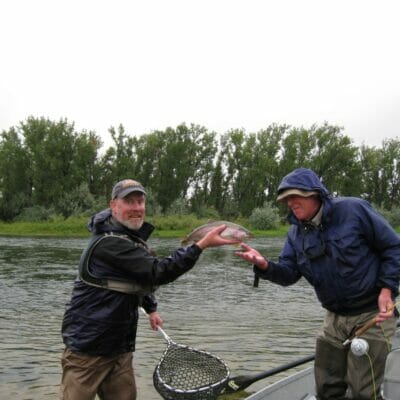 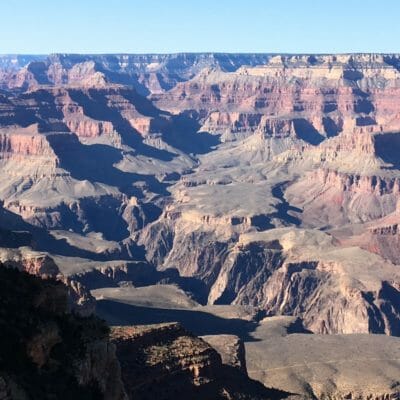