It doesn’t take long after the bar is open before the first drink order comes in.

Hey Tom, can you make me a Smith River Special?

slice of lime and Gordon, 7, loves them. Not to be outdone, twin brother Luke bellies up for a Smith River Special (SRS) of his own.

SRS fever is catching and pretty soon Lucy Gray, 7, and Clara, 5, and Clare, 5, all have their own drinks and are wandering up and down the riverbank, drinking heavily. Drinking mostly from the all-encompassing experience that is a trip down Montana’s treasured Smith River. The sun-splashed cliffs, the nighttime campfires crackling with the day’s gather of driftwood, the current edges that promise brown and rainbow trout, the kingfishers diving from alder branch, the April snow squalls that come into the face from downriver, the warm sleeping bags and cozy tent, and the wind coming down-canyon as day fades away. For two days, we’ve been drifting beneath the Douglas fir-topped limestone cliffs of the Smith, around blind river bends that promise discovery and adventure, drinking the coldest, cleanest water on the planet from river-side springs, catching crayfish in the shallows.

Five adults and five outdoors kids. We start each morning with breakfast at the same bar that serves up those SRS (and a few adult) beverages. We cast off from shoreline into the river’s embrace with everyone, including adults, imitating their favorite animal cry. A strange cacophony of goose, coyote, crane, parrot and elk cries bounce between canyon walls. The adults row the rafts at first, but then turn the sticks over to the kids and the boat pings and pongs down the river. Laughter is our constant. Adventure is our medium and we see everything as if we are all under 10. The river, the campfire, the campsite, the skwala crawling on the back of a small hand, the caddis husks on river stones, the S’Mores melting and delicious and the occasional trout touched gently and released. This is everything. This is all theirs.

Today we are excited to announce that yet another film Trout Unlimited has made will be premiering at the 16th annual Wild and Scenic Film Festival in January. Stay tuned for more and for the full release of the film in the new year.

Learn more about the Smith River.

Not mine, ours. from Trout Unlimited on Vimeo.

Stand up for the Smith 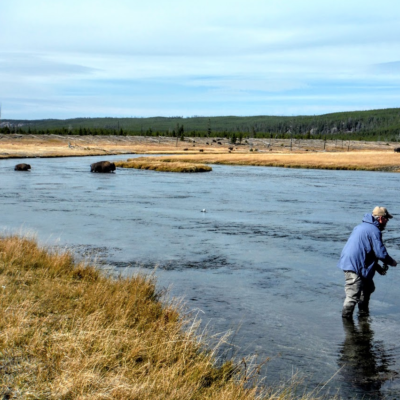 Fishing in Yellowstone will be a little different this year 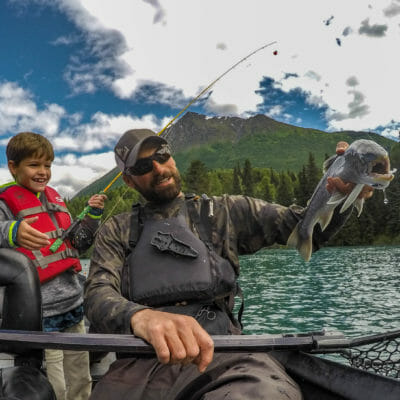