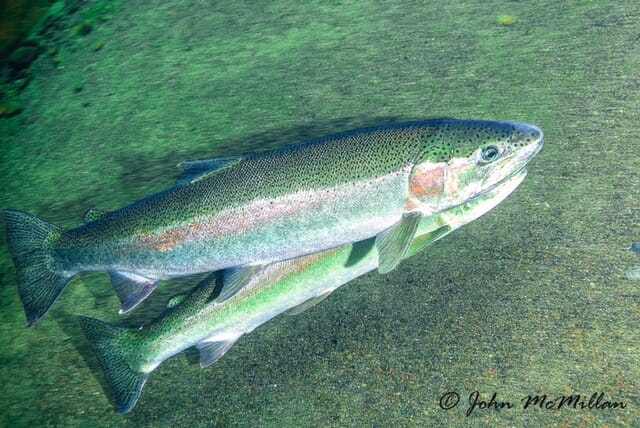 src=”https://www.tu.org/wp-content/uploads/2018/12/IMG_2525.jpg” />She was perhaps 27” long, with blushed cheeks and a rosy side. I surmised she had been in the river for at least a couple months. I lifted my camera and snapped several photos before she turned and swam downstream, over the crest of the tailout before disappearing down into a series of cascades.