Trout Unlimited joined a bipartisan group of partners and lawmakers last week in calling on Congress to provide continued funding for the cleanup of abandoned mines and the legacy pollution of historic coal production.

The House Subcommittee for Energy and Mineral Resources met to discuss H.R. 4248, which would reauthorize the Surface Mining Control and Reclamation Act of 1977 and provide ongoing funding through 2036. TU needs your help: Please visit the Action Center for more information about how you can email or call your congressional representative today to support abandoned mine cleanup.

Since 1977, the Abandoned Mine Reclamation Fund has poured more than $5.5 billion into abandoned mine projects across the country. The fund is supported by a small per-ton fee on current coal production. But the work is not done. Another $10.5 billion in cleanup is ahead of us, and addressing AMD pollution would add billions to the cost.

“The majority of the streams that I’ve grown up around still run orange to this day,” he said in his testimony before the subcommittee. “It’s not fair that my children to have to live with this legacy of past mining,” he added.

Pennsylvania has more abandoned mine land sites than any state in the nation. TU has spent decades working with partners to clean up water pollution from abandoned mine drainage (AMD), which has left streams devoid of life. Worked with partners on more than 200 projects in the state, we are restoring streams and seeing wild trout populations rebound in the West Branch Susquehanna River watershed.

These extensive restoration projects create direct local jobs for equipment operators, truck drivers, engineers, technicians, even former mine industry employees. For every federal dollar invested in cleanup, $1.59 is added to the local economy.

“For the few centuries of American coal mining,” Cartwright said at the hearing. “it was standard practice to mine an area until the coal was gone and then have the company simply move on to a new mine without cleaning up the old one. As a result, millions of Americans live less than a mile from an abandoned coal mine. These hazardous sites pose risks to our health, our safety, our environment and our economy.”

Thompson extolled the successes of the Abandoned Mine program and noted the need to continue the work. “I’ve seen waters go from orange to clear and some pretty good fishing, let alone great habitat that gets planted on those reclaimed areas in cooperation with our sportsmen to support game.”

Lowenthal highlighted the bipartisan support for H.R. 4248, and urged colleagues to move forward quickly before the collection of AML fund fees expires in 2021.

“I know Congress is known for waiting until the last possible second on absolutely everything, so discussing this bill two years before expiration may seem out of character,” Lowenhthal said. “But this is a problem that isn’t going away.” 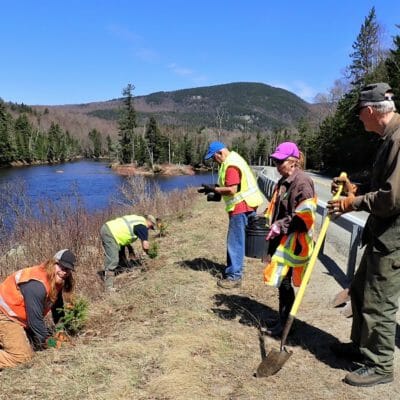