One significant way in which steelhead differ from salmon is that O. mykiss have the ability to survive spawning and try to make the journey again. This behavior is referred to as repeat spawning.

Repeat spawner rates are highly variable among populations of steelhead, with rates being higher in coastal streams than among inland populations (this makes sense, as a longer migration is more difficult). Repeat spawning behavior basically requires running two marathons in a row — one upstream, another down. But there is no Power Bar equivalent for steelhead.

It is common for some adult steelhead to survive spawning but find themselves unable to out-migrate due to low stream flows. What happens to those fish?

A study in 2011 by Lewis Barnett and Brian Spence tried to answer that question. The authors took advantage of otherwise crappy conditions in California in 2008 (a drought year) when they stumbled into several kelts during juvenile coho surveys in streams draining the Santa Cruz Mountains. These kelts had been trapped, apparently, due to reduced streamflows from the unusually dry spring that year. 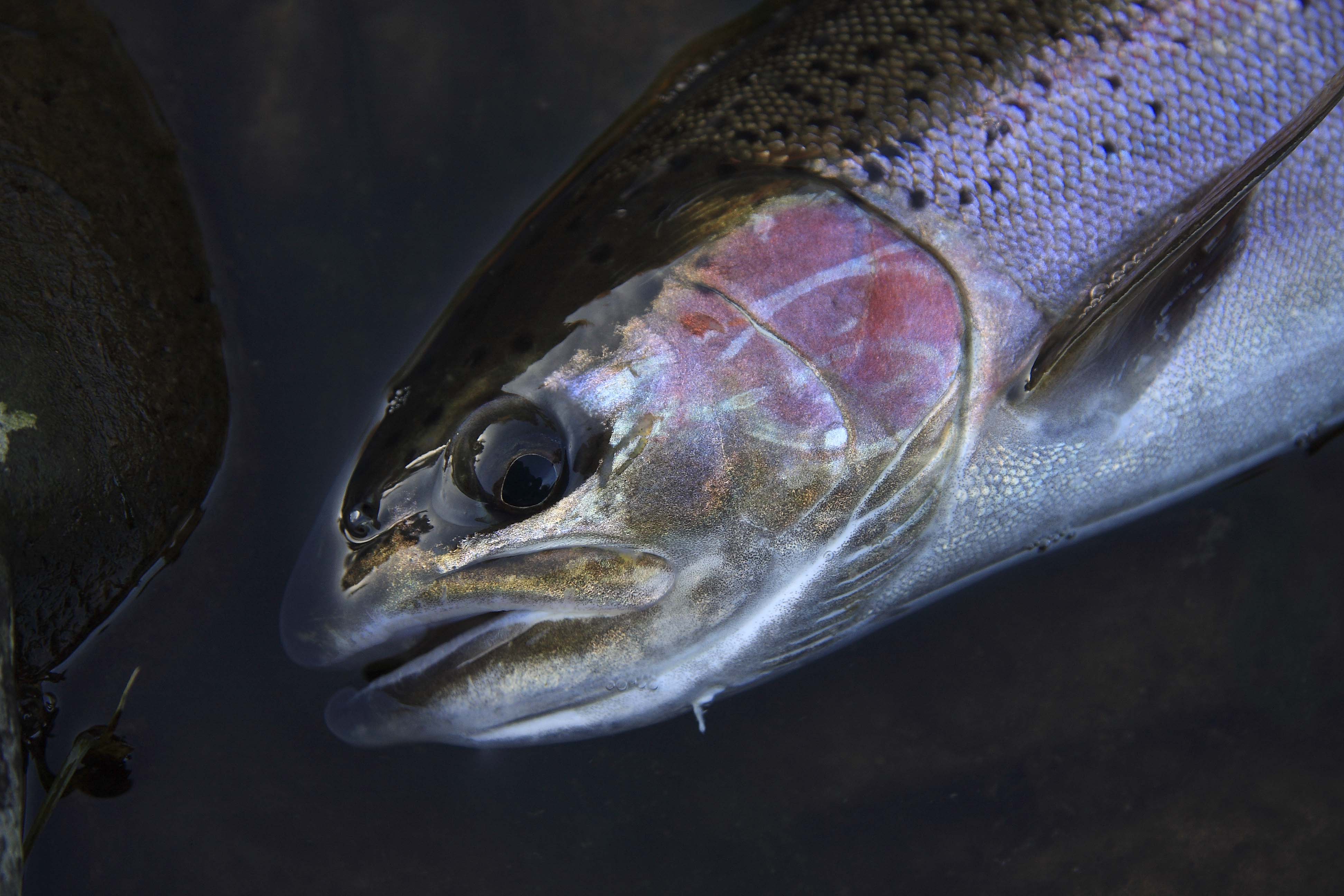 To evaluate the fate of the kelts Barnett and Spence conducted snorkel surveys in the pools and reaches where the adult post-spawn steelhead were observed. The last of these surveys occurred in late October, just prior to the arrival of fall rains, at which point the kelts would be able to easily make it to sea.

In total, they looked at the survival of 44 stranded kelts. Of those, 39% (17 fish) were observed again in late October. That is a pretty high number considering the poor conditions and size of some of the streams.

Not all of the surviving kelts appeared to be in bad shape, either. Most were deemed to be in fair to good condition with moderate or no signs of fungal infection. As you would expect, given the habitat conditions, a couple were in pretty bad shape and had severe fungal infections.

It makes sense that surviving fish would appear to be in decent overall shape. They may have faced less stress during spawning, found a better/cooler pool to hide in, or perhaps they have some genetic predisposition to surviving the rigors of spawning better than others. At this point, there is no definitive explanation, and this question could be the basis for future research with useful implications for steelhead management. 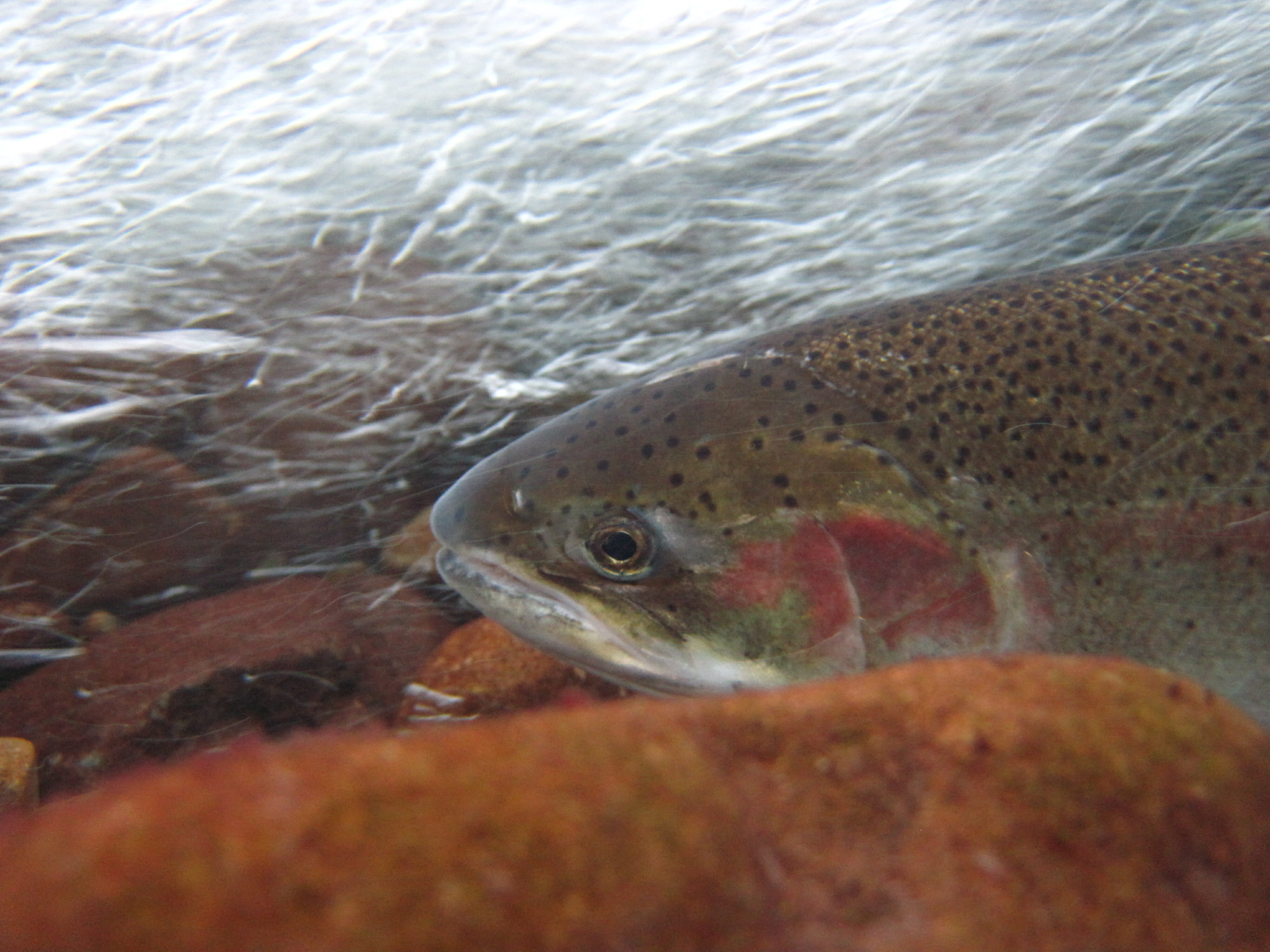 (L) This winter hen, photographed in summer, has spent a significant amount of time in freshwater as an adult.

Coastal streams south of San Francisco Bay can experience highly variable precipitation, with sub-optimal flows during the late spring out-migration period. The reduced streamflows that stranded kelts in the Santa Cruz mountains in 2008 are not uncommon. Barnett and Spence estimate that spring droughts of similar or greater magnitude occur every 4-5 years on average. However, the frequency of such conditions is projected to increase due to the warming climate, creating a significant challenge for steelhead.

Any way you slice it, kelts in south-central coastal streams in California — and elsewhere in Steelhead Country — will require adequate stream flows if they are going to survive dry spring/summers. This is a primary reason why Trout Unlimited and Wild Steelheaders United have worked diligently in this region, especially in highly productive steelhead streams such as Pescadero Creek, to improve dry season stream flows and reconnect fragmented habitats. The future of the remarkable repeat spawning behavior among steelhead depends on it.

John McMillan is science director for TU’s Wild Steelhead Initiative. John is one of the leading steelhead biologists in North America and has been fishing for wild steelhead, frequently in his home waters of the Olympic Peninsula, since he was a young boy.