Trout Unlimited is pleased to see that the Omnibus Appropriations Bill has included full funding, at $300 million, for the Great Lakes Restoration Initiative.

The GLRI has proven to be one of the best tools for sparking investment into coldwater fisheries throughout the Great Lakes Basin. TU applauds the work of the Great Lakes congressional delegation for working in a bi-partisan manner to ensure that this program continues to be funded for the benefit of the Great Lakes and the people who call the region home. TU would also like to thank our members who took the time to reach out to their representatives to advocate for the full funding of GLRI.

The GLRI has invested $1.76 billion into the region, supporting more than 3,400 projects, which for Trout Unlimited has created opportunities to address stream connectivity, restore riverbanks, combat invasive species and increase habitat protection.

The Winter issue of Trout magazine included a feature on some of TU’s impressive work in the Great Lakes region:

In Michigan, the GLRI has enabled over $595,000 of work in the Rogue River Watershed (above) to curb the impacts of storm water runoff and invasive species. For example, since the Rogue falls within one of the fastest growing urban areas in the state, nonporous surfaces within the watershed are increasing. These surfaces, such as parking lots and roads, prevent water from being soaked up into the ground and instead they are pushing water directly into local streams and rivers. This runoff can carry pollutants and often raises water temperatures —an unhealthy combination for brown trout (below) that call the Rogue home. TU has used GLRI dollars, matched by contributions from the USFWS, DNR and local TU chapters, to create landscapes that trap this runoff and allow it filter through the ground, causing the rainwater to cool before entering the river and removing pollutants in the process. 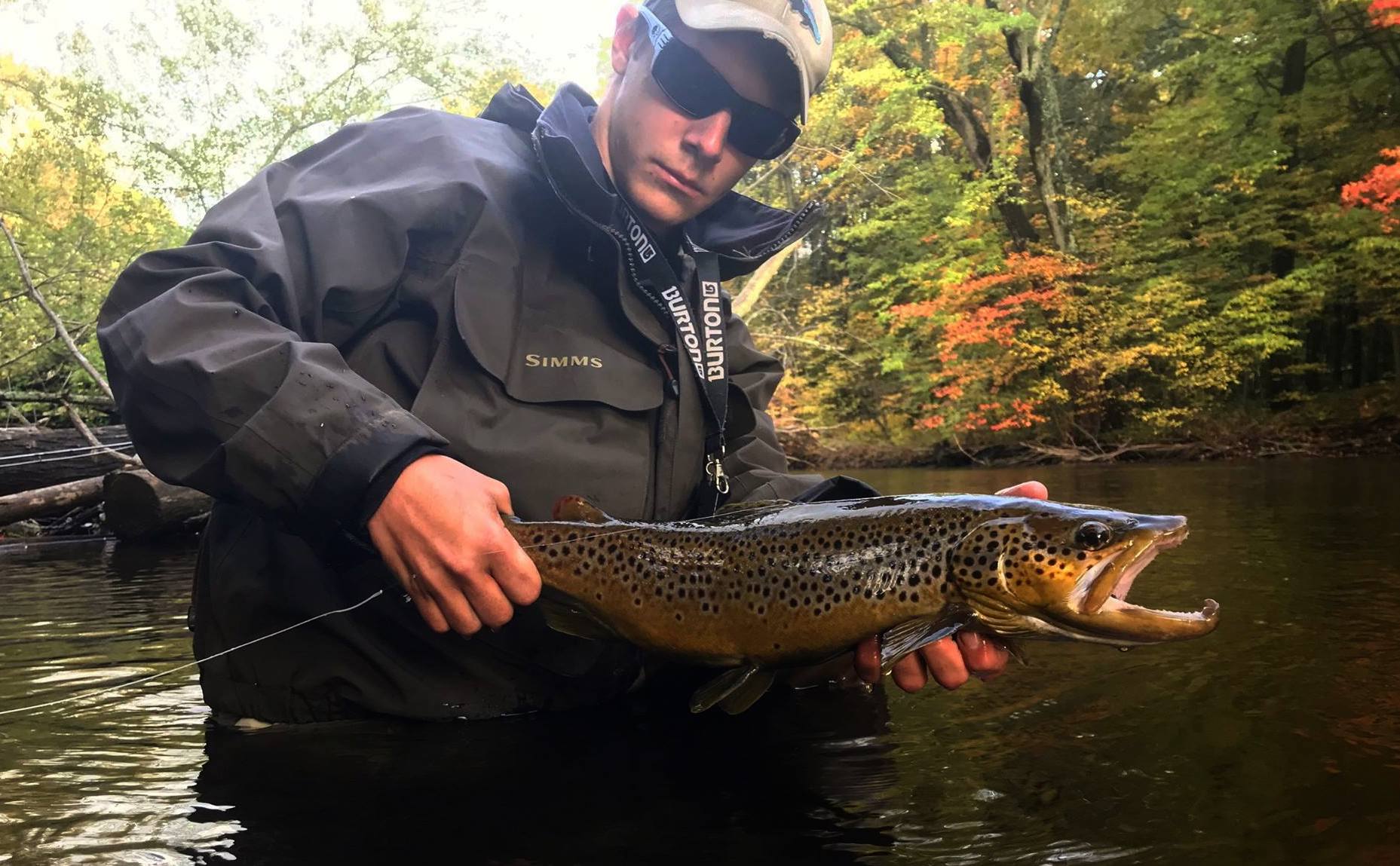 Also in Michigan, the Huron-Manistee National Forest has benefitted from the Great Lakes Restoration Initiative. TU has been able to implement extensive stream bank restoration and fish passage projects with more than $900,000 of GLRI and matching funds. Increasing accessible steam miles to brown, brook and rainbow trout, as well as to steelhead, throughout the upper Manistee Watershed helps to ensure that the Manistee will continue to be a premiere trout fishery for generations to come.

The Chequamegon-Nicolet National Forest in Northern Wisconsin has seen over $750,000 of investment into culvert replacements and removals which have opened 42 stream miles critical for the spawning and rearing of native brook trout. Additionally, this work has enabled local communities to update road infrastructure projects that they were otherwise unable to fund. TU fish passage efforts will continue in the 2019 construction season with GLRI funding.

Overall, the GLRI has helped to restore more than 150,000 acres of fish and wildlife habitat and opened fish access to more than 3,800 miles of river.

Trout Unlimited looks forward to continuing our work throughout the region with the continuation of GLRI funding. The effort to maintain the GLRI shows that when anglers speak up, decision-makers listen. TU staffers and volunteer leaders have made repeated trips to Washington D.C. and taken congressional members and staff on project tours to show them the work being accomplished through the GLRI, and TU volunteers have made phone calls and sent emails to their representatives in Congress to voice their support for the program.

For more information on Great Lakes projects explore the Project Finder and to get involved visit TU StandUp.

Taylor Ridderbusch is Trout Unlimited’s Great Lakes region organizer. A native of Wisconsin, he is based in Michigan.