Teen essay contest winnter Harrison B. fishing with a volunteer at the Trout Unlimited camp.

Editor’s Note: Each year, TU Camp and Academy graduates are invited to enter the TU Teen Essay Contest to share camp experiences. This year we had four finalists, and Harrison’s e

ssay is the final to be posted in this series as the Grand Prize Winner. Harrison attended the Pennsylvania Rivers Conservation and Fishing Camp. Harrison won a TFO BVK fly rod for his essay. Do you know a teen that’s ready to attend a TU Camp, visit the TU Camps Page to see if there’s one near you. Applications for the TU National Teen Summit, an annual conference for young leaders in TU, we be available in February.

My favorite thing about being outside: My favorite stream is the Yellow Breeches Creek, where we had camp and, of course, where I learned to fly fish. The thing I like most about fishing and being outdoors in general is the deep connection you establish with nature and wildlife.

TU Camp is… Harrison B

Anglers often credit their love of fly fishing to the first fish they ever landed, that magical farm-pond bluegill that kick-started their lifelong obsession with one little bite. I cannot say the same of my fly fishing career. My enthusiasm for the sport had little to do with my first fish on a fly, a diminutive bass that happened upon my line trailing behind me in the water which I did not even notice until I glanced back at it. Rather, fly fishing was brought into my life by something much bigger, bigger than a 5-inch bass or a 20-inch trout or all the rivers they call home. That something was Trout Unlimited camp.

My interest in hooking fish began years before I even knew fly fishing existed. Although I enjoyed reeling in Susquehanna River catfish from the deck of my grandfather’s old boat, I never really gained the essential skills I needed to fish on my own. So when I learned of TU camp through my Boy Scout troop, I applied for the scholarship, hoping to experience a new kind of fishing. The generous grant I received allowed me to attend completely free, and as June approached, I grew more and more excited for camp to begin. I could never have foreseen the new passion that would begin along with it.

We started learning sooner than I thought we would; within hours of arrival, we had circled up in a field to learn to cast. The afternoon sun was vicious, the air thick and stifling. But, immersed in my newfound fascination, I quickly forgot my discomfort. The demonstrator illustrated the basics to the watching group, and his casts were beautiful. Even Norman Maclean could not have described that sight, the fluidity of the motions, the way the looped line drifted effortlessly over the grass during the roll cast like a swallow over a glassy brook. Fly fishing, I realized, was an art. I swept the line over my head for an eternity as our casting time grew shorter, the sun sinking imperceptibly lower in the cerulean sky.

As the days went by I grew more and more comfortable with the lifestyle of the camp. Every morning and evening, when the beckoning polarized light brought the freshly-stocked trout up to the surface to feed, we would all head down to the Yellow Breeches Creek and wade in with our rods. Being completely inexperienced, I often had little success on my own. Fortunately the Gillies, a group of weathered fly fishermen who the neophytes flocked to for help and guidance, were always willing to lend a hand—and maybe a fly or two. They were the kindest people. They typically spoke little, but what they did say had meaning; they were so casual, so patient, so full of invaluable secrets.

With the help of one friendly gentleman, I finally landed my first trout, quite a milestone for me. This Gillie, named John, was probably my favorite. On his last day, he even supplied me with three of his own zebra midges, and we shook hands before parting ways. I will likely never see him again, but the memories he created will remain forever.

The indoor classes were excellent and incredibly thorough and engaging. The lessons were all astounding, but fly tying stood out from the vast array. Hand-crafting at the vise was an art in itself— and an addictive one at that. I was often dead tired from running on just a few hours of sleep, but bedtime still comes too quickly when you’re busy whipping up another set of wooly buggers.

The days were certainly long, but the week was, in retrospect, one of the shortest of the summer. It was also one of the happiest. Being stuck at home with no fly rod of my own made me realize how much I truly came to love the sport. It also made me recognize what camp was really for.

TU camp is a wonderful opportunity for kids to get outdoors and find their calling. It is a new perspective on fishing, conservation, and nature’s power. It is a week of friendship, learning, and the little moments that really matter in life. It is a workout for the body and for the mind. TU camp is a life-changing event—one that provides passion to beginners like myself, and strengthens it in the hearts of even the most experienced. But most importantly, it is the serene beauty in the predawn mist, the chill of the flowing stream, the graceful flight of the weightless fly line in the silky golden light, and the satisfaction of hooking a beautiful trout on a well-presented fly. 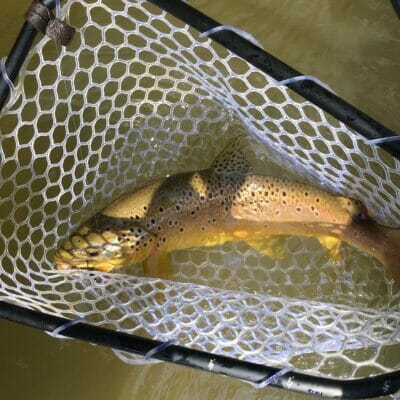 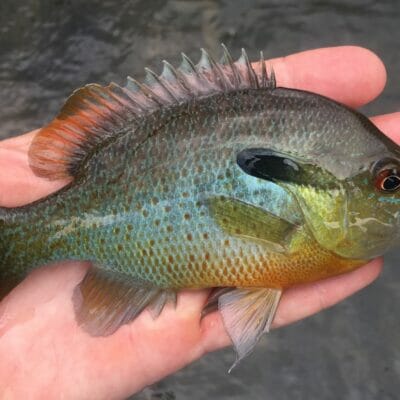 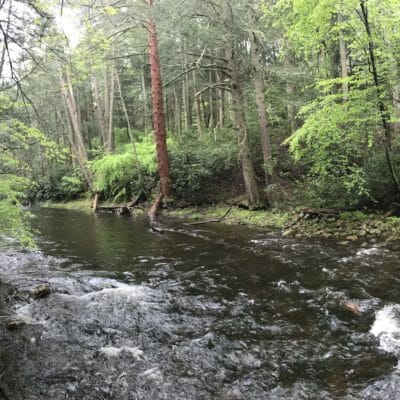