Passed in 1976, the National Forest Management Act requires that every national forest in the country prepare a land and resource management plan, commonly referred to as “forest plans”. These plans provide the foundation for every project-level decision made on the forest, from the installation of fish-barriers to watershed-scale restoration projects. Each national forest is supposed revise its management plan every 15 years, but most are still relying on the original plans developed in the 1980’s.

Currently, all five of New Mexico’s national forests are in the process of creating new forest plans, guided by requirements in the 2012 Planning Rule, which marked a significant shift in the way forests are to be managed and requires greater public participation in the process. The new plans are supposed to be science-based, allow for adaptive management and include a broadscale monitoring strategy. Many of the resources TU members care about – watershed health, riparian habitat, water resources, and climate change – must also be considered in the plans.

For the 3.3 million-acre Gila National Forest in southwest New Mexico, the forest plan revision process began back in 2015 with a series of public meetings to solicit feedback and chart a course for public engagement. Since then, the planning team has completed a forest-wide assessment of current conditions, identified a set of management priorities called “Needs for Change,” and conducted extensive inventories of wilderness and waterways. Finally, in late 2019, the Forest Service released its draft forest plan and accompanying draft environmental impact statement — combined, these documents present the public with over 1,000 pages of management direction and rationale. When adopted, the final plan will guide management of the forest for three decades or more. 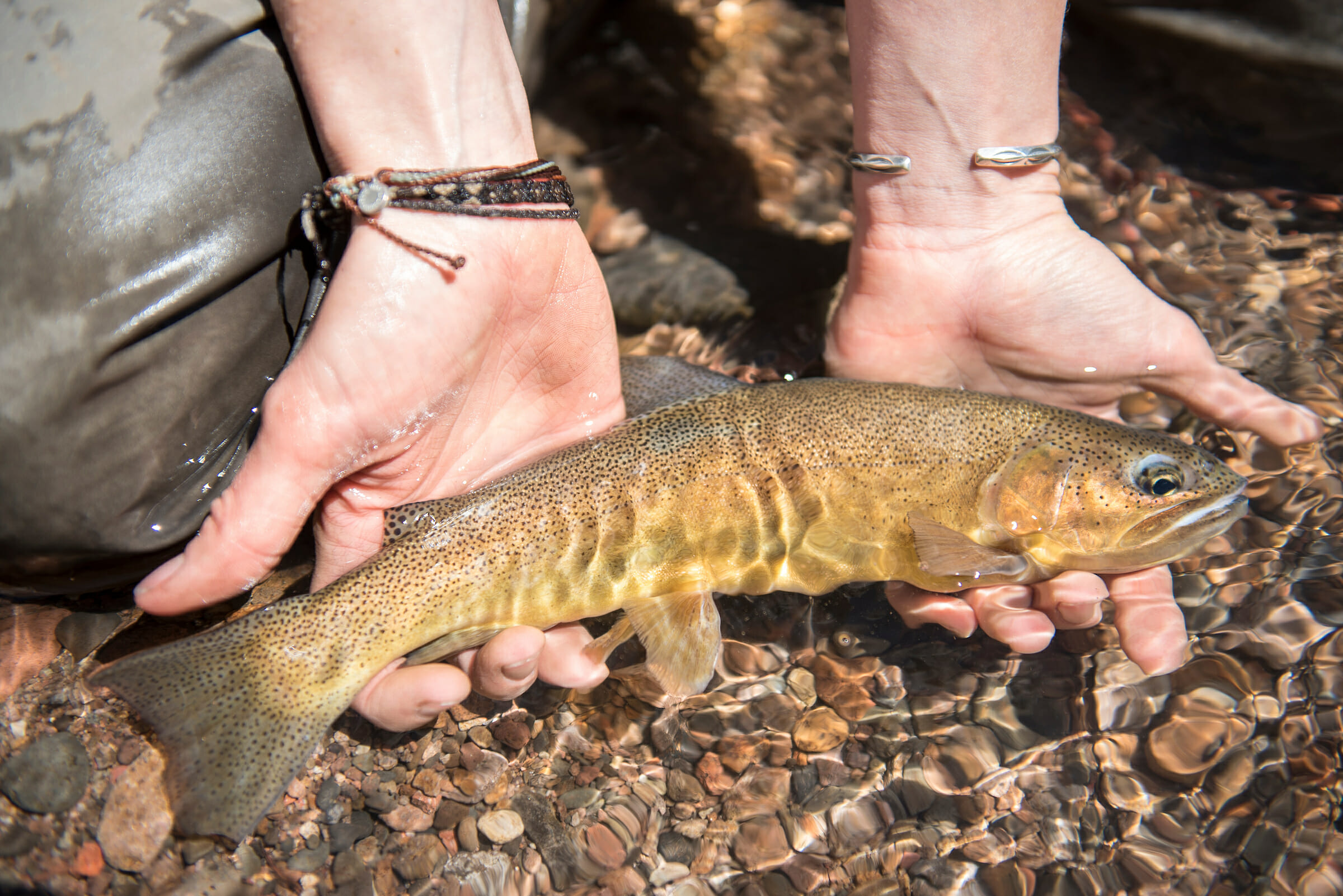 The 90-day public comment period on the draft plan ends on April 16, and marks the final opportunity to provide feedback on a plan that is five years in the making and will impact every spot on Gila National Forest map.

Trout Unlimited has engaged in the Gila plan revision since the beginning. In 2016, along with the New Mexico Wildlife Federation, we provided our first comments to the Forest Service stressing the importance of protecting and restoring coldwater fisheries, promoting healthy wildlife habitat and preserving hunting and fishing opportunities. In 2017, TU staff worked with the Gila/Rio Grande TU Chapter to create a “Sportsmen’s Vision for the Gila” that emphasized the importance of the Gila’s public lands and waters to hunters and anglers. These recommendations urged forest planners to prioritize watershed restoration projects that benefit native and wild trout fisheries, protect riparian areas and wild rivers and enhance big game habitat and backcountry recreation opportunities. Later that year, we provided comments urging the Forest Service to recommend four new areas for wilderness designation – Mogollon Box, Middle Box of the Gila River, Lower San Francisco River Box, and Frisco Canyon – which would result in over 75,000 acres of new protections for the region’s rivers and wildlife.

Trout Unlimited identified conservation of southwest native fish as a priority initiative, and the Gila National Forest’s planning process continues to provide a mechanism for advancing that initiative many years into the future. While moving ahead with on-the-ground projects to monitor streams and improve trout habitat, TU has continued to advocate for increased protections for trout and coldwater fisheries in the forest plan. In 2018, TU provided two additional rounds of comments to forest planners – first advocating for protections for roadless areas and asking the Forest Service to recommend two additional areas for wilderness designation – Mineral Creek and the lower reaches of Whitewater Creek. Both of these areas would protect habitat in the historic range of native Gila trout. Later in the year, we provided feedback on the preliminary draft plan, again emphasizing restoration of native Gila trout habitat, protecting coldwater fisheries, recreational fishing, big game habitat, and responsible off-highway-vehicle use.

All of that work – thousands of pages of documentation by the Forest Service and many rounds of comments by TU and our partners over a five-year period – brings us to the present. The Forest Service has released a draft of its proposed forest plan along with a range of management alternatives that impact everything from watersheds and wilderness to cattle grazing and recreational fishing.

We’ve provided a simple way for anglers and trout enthusiasts to comment on the plan. Given how much is at stake – literally the future of 3.3 million acres of public lands, the largest network of wild rivers in the Southwest, and the entirety of Gila trout habitat in New Mexico – we hope you will take a moment to send a comment. The next opportunity may be 30 years from now.

Send your comments on the Gila National Forest Plan today!