I hereby state for the record that I would much prefer to catch small trout, rather than larger fish.

Not that size doesn’t matter, of course. So there are caveats.

The first is that this predilection doesn’t apply to steelhead or salmon. The second is that it only applies on streams with a mix of wild and stocked fish.

The third is that the definition of “small” is, shall we say, somewhat flexible, if your fishing partner lands a trout more impressive than any you’ve brought to hand that day. For example, somehow, by a metaphysical process as yet undeciphered by science, a 6-inch trout can inexplicably acquire another four inches in length if your buddy caught a nice 12-incher.

I recently fished a fine Sierra stream with my brother where this preference was again exposed. This stream is well known and popular with fisher-folk, especially upstream of the bridge where the winding two-lane mountain highway crosses it. In that reach, for perhaps five miles, the county pays to stock the water—including truckloads of 4-5 lb. trout.

Pretty much anything goes here, in terms of tackle and tactics. Perhaps mine were not flashy or smelly enough, because over quite a few years of visiting this water I had never caught one of these toads.

As we drove up the canyon there were cars in every pullout. My brother is a paramedic, so we were practicing rigorous social distancing—that is, we were driving in separate vehicles. We stopped at the first pullout where we could safely park both.

A short amble along the road and down through willows took us to a nice bucket. My brother immediately caught a feisty wild rainbow on a dry fly in the riffle just above. It flipped and flashed like a tiny dervish.

I methodically worked a dry-dropper combo down the bucket and its tail-out and got no love. So I went deep.

A two-nymph rig began to produce. I managed to bring a couple of small wild rainbows to hand. But there was a foam line on the far side of the current that eddied above a boulder that looked sexy. I bungled a bunch of drifts trying to put my rig in the zone.

At length I managed a drag-free drift long enough that my line began to move back upstream with the eddy. Then, it stopped.

I lifted the rod and a pale slab about two feet long arced deep in the pool. I felt head-shakes as the fish began to move slowly into the current.

The feeling of being tight to a large fish never gets old. There’s always that whoa sensation when you realize it’s a fish that could break your tippet—which maybe you should have replaced before starting that session.

But this trout didn’t acquit itself with bull rushes or acrobatics. In fact, it came meekly to where I waded knee deep. It was like pulling a sack of flax seeds through the water.

As I worked the sluggish slab to where I could reach down and release it my size 16 nymph suddenly came unbuttoned. The trout idled off downstream and slid under the bank.

I checked the water temperature and it was still cool, so the trout’s languor wasn’t heat related.

I started working that same eddy again. Almost immediately another large trout flashed in the depths and, except for a few desultory head shakes, exhibited a torpid attitude. It would’ve been more interesting hauling in a root ball.

But then, pop, the fly came loose again.

I grumbled a few curses largely directed at my poor technique and put my line back in the water where the foam line articulated the eddy.

After another few drifts a third creamy log bowed in the green depths. And it, too, shook its head a few times, moved into the current, then placidly got towed to where I stood.

It was a big trout, for sure. The biggest I had ever landed on that river.

But instead of elation, what I felt was…something less. I didn’t even whistle for my brother to come check it out.

This trout, for all its size, was not nearly as beautiful in its attire as its small wild cousins. It looked and acted like a big slug of pellet-prompted fish flesh.

Don’t get me wrong: I accept that hatchery fish are a big part of the trout fishing formula in nearly every state but Montana. I’ll even keep a few from time to time for dinner or breakfast. But most hatchery trout seem, well, kind of lost. And they’re not too particular about what happens to them.

The next day I slid over and around large boulders in the west fork of that river, where it tumbles through a canyon, to make tight casts with a 3-wt. in perfect pocket water. This stream is stocked, as well. But I found no planters. Instead, I caught wild trout after wild trout, none bigger than six inches, each more bejeweled and as vigorous as the last.

You couldn’t have wiped the smile off my face with anti-viral sanitizer.

Given how much coldwater habitat we’ve lost or that has been degraded over the past half-century, hatchery-raised trout play a significant role in providing fishing opportunity today. But wherever wild trout are established, or could be, it’s flat-out cheaper and more environmentally friendly to manage that stream for self-sustaining populations.

And, for me at least, it’s a heck of a lot more satisfying.

Trout Unlimited’s position on stocking of hatchery-raised trout, steelhead and salmon is pragmatic and nuanced. TU’s Wild Steelhead Initiative, for example, advocates for a “Portfolio Approach” to managing steelhead fisheries: where wild runs are intact, or there is real potential for recovery of a wild run, there should be no stocking; streams without wild fish but with suitable habitat may be stocked to provide fishing opportunity. More broadly, TU supports the use of responsibly managed hatcheries in specific circumstances. Hatcheries may be appropriate to provide fishing and harvest opportunity on rivers where habitat degradation or long hatchery dependence make restoring fishable, wild populations impractical. Hatcheries may also be necessary to provide fish for educational purposes, such as through TU’s many Trout in the Classroom programs across the country. TU is also open to innovative use of hatcheries to facilitate recovery of wild, native trout and steelhead populations where good habitat exists but where they cannot come back on their own. In all cases, TU believes hatchery operations and stocking of hatchery-raised salmonids should be based on the best available science, and should not be operated to the detriment of wild fish in river systems that support or have a high likelihood of supporting abundant, fishable self-sustaining populations. 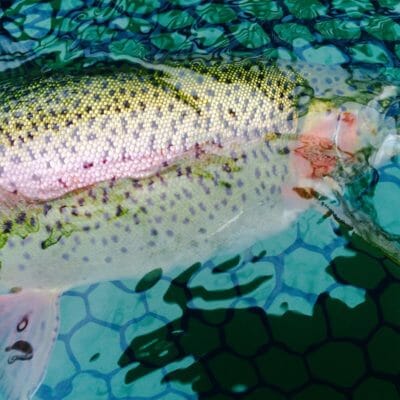 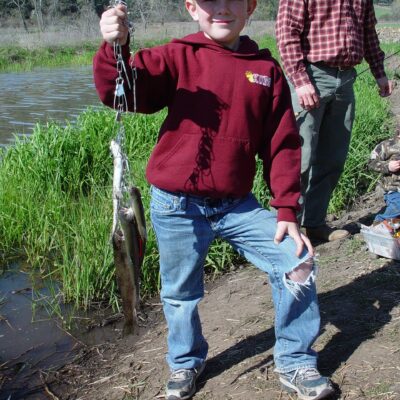 Voices from the River: How it starts