Nearly two decades ago, I caught my first carp on a fly. I can honestly say that, since that day, my angling life has never been the same. Carp are strong, smart and plentiful. They are a challenging fly-rod fish and in many places, anglers can sight-fish for them, much like they do for bonefish or redfish on the flats. Every spring, I devote plenty of time to chasing carp on the fly. It’s as close as a land-locked angler can get to saltwater fishing without flying to the coast.

Carp, introduced to the U.S. back in the 1800s as a ready food source, have spread all over the country, and are likely found in every state, except perhaps Alaska (and I could be wrong about that). Much of the rest of the world reveres carp as a savory food fish—here in America, most anglers hold them in disdain, and eating them is rarely considered. As TU’s Kirk Deeter noted last week, carp are like soccer—the rest of the world gets its, but Americans haven’t really warmed to the idea. At least not yet.

I’ve never eaten a carp, and I’m not sure I’m ready to make that leap. But carp are also invasive to the U.S. In most waters where they’re found, they have a negative impact on native fish and the riparian environment. Carp stir up sediment which can cover spawning gravel for trout and salmon. They are also extremely prolific—each female can broadcast thousands of eggs, which are often fertilized by multiple males. They can take over a fishery in short order.

So, perhaps I ought to reconsider my innate disdain for the food value of this fish, and try eating carp. Above is a pretty entertaining video that shows a Bangladeshi carp curry recipe. Honestly, it looks pretty tasty. 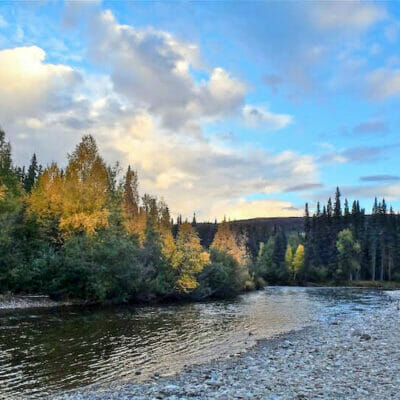