One of the best days I ever had on my local river—the South Fork of the Snake—was spent almost exclusively fishing riffles with big stonefly nymphs, maybe a week or so before the river’s fabled salmonfly hatch that generally happens sometime around the Fourth of July.

The upper South Fork is a braided, fishy wonderland for big browns, cutthroats and rainbows, and by mid- to late June, the big nymphs seem to really start to draw the attention of the fish, particularly in tailouts and riffles that are found throughout the braids.

It was deliberate, methodical fishing, but by the end of the day, we had to hustle back into the drift boat just to make it to the takeout by dark. How many fish did we catch? I honestly don’t know, but I remember that night at the tavern in Swan Valley struggling to tip a 12-ounce beer to my lips because my arm was so tired.

The video above offers a great primer on chasing trout in riffles and tailouts. Almost any time of year, these features in rivers all over the place hold fish that lie in wait for nymphs and even dry flies to come to them via the current. Don’t row by them—they’re fishy. I promise. 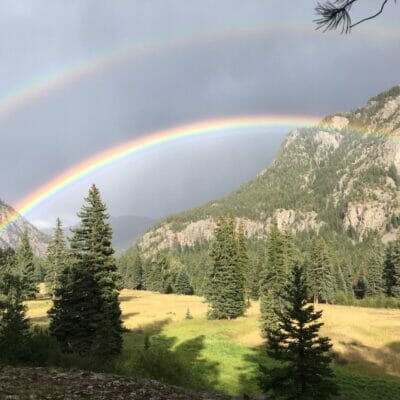