Home > Get Involved > Donate > Ways to Give > Coldwater Conservation Fund 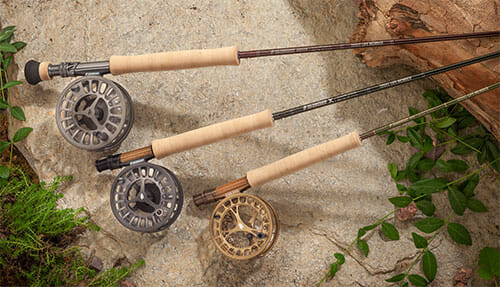 Since its founding in 1993, Trout Unlimited’s Coldwater Conservation Fund (CCF) has supported and advanced TU’s mission of conserving, protecting, and restoring North America’s coldwater fisheries and their watersheds. The mission of the CCF is to support scientific research, on-the ground projects, and other high-priority work of Trout Unlimited that might not otherwise be funded. The CCF is capitalized through the contributions of its Board members, who gather annually to allocate the fund’s capital among various projects through a participatory decision-making process. The CCF today is a collaboration between a group of Trout Unlimited’s most committed and generous supporters and the organization’s conservation leaders, providing simultaneously annual support to Trout Unlimited’s critical needs and a forum for learning, discussion, and decision-making.

All donors who make a commitment of at least $10,000/year for five-years to the fund become members of the CCF Board. The Board meets with Trout Unlimited’s program leaders once a year at the CCF Annual Meeting, where the staff make proposals for project support, and the Board decides how to distribute that year’s fund. The 2015, 2017, and 2018 annual meetings were held at the Henry’s Fork (Idaho), and the 2016 meeting was in Paradise Valley, Montana.

Over the past four years, the Board of the CCF has distributed nearly $900,000 to projects across a broad swath of Trout Unlimited’s programmatic landscape. A sampling of highlights includes:

CCF funds played a vital role in the process that led to the protection of 8,200 acres of forest, six native brook trout ponds, and the entire 14-mile length of Maine’s Cold Stream, made possible Trout Unlimited’s advocacy in Pennsylvania that has resulted in the designation (and resulting regulatory protection) of hundreds of streams as “Wild Trout” streams, fostered the reintroduction of native brook trout in New Jersey, and made possible TU’s grassroots work to stop the spread of invasive species to the Great Lakes.

The CCF has provided seed funding and operating capital for the Wild Steelhead Initiative (including an Olympic Peninsula restoration staff position,  fundraising/communications capacity building, and the application of research to management policy), and supported Trout Unlimited’s work to conserve rare redband rainbow trout in the high desert of Nevada, Oregon, and Idaho, cutthroat trout in Montana and Idaho, steelhead in the Snake River, coho salmon in California, and Chinook salmon in Alaska.

CCF funds have enabled Trout Unlimited’s science team to develop, purchase, field test, and put into use a variety of sampling, data gathering, mapping, and other tools and technologies to support coldwater fisheries conservation. These tools are put into the hands of TU staff and volunteers, biologists and other personnel at state and federal resource management agencies, and a variety of other partners to improve our ability to conserve, protect, and restore coldwater fisheries and watersheds. CCF funding has also been directed towards invasive species detection, native trout management, and “citizen science” projects to involve anglers and other volunteers in fisheries conservation.

From time to time the CCF Board has made grants to Trout Unlimited projects to expand fly-fishing and conservation curricula at summer camps, Trout Unlimited’s Veterans Service Partnership, and training programs to develop grassroots leaders.

To learn more about the CCF, please contact Steve Trafton.