Across the western United States, there are more than 37,000 oil and gas leases on more than 26 million acres of public lands.

These same public lands are home to 68 percent of remaining native trout populations.

But with proper planning and foresight, energy development and conservation of fish and wildlife do not have to be mutually exclusive. Half of the native trout populations on public lands are in areas that show little or no promise for oil and gas production.

Trout Unlimited needs your help to protect some of our very best public lands—places where it makes more sense to fish and hunt than it does to drill for oil and gas. We are charting a course for responsible energy development by advocating for policy changes and legislation that modernizes oil and gas leasing on public lands.

We need your help!
Want to learn more?

Read on to learn about some of the places that would benefit if we bring federal oil & gas leasing policies into the 21st century. 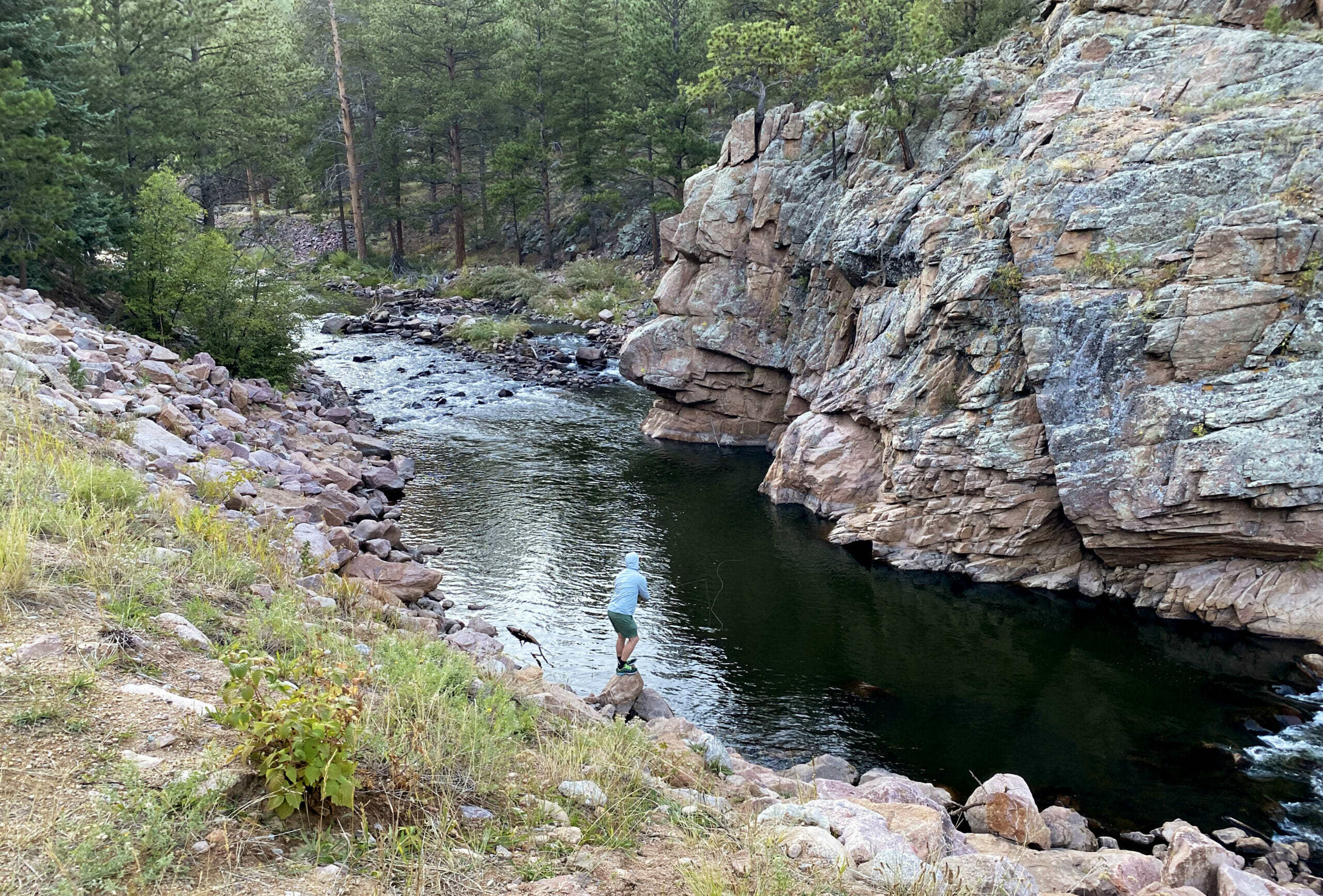 More than half a million acres in Colorado have been leased since 2012 in areas with outstanding resource values for fishing and hunting. That includes parts of northcentral Colorado adjacent to the Arapahoe National Wildlife Refuge and surrounding North Platte River watershed, a state-designated Gold Medal trout fishery where brook, rainbow and brown trout currently thrive as self-sustaining populations.

The calling card for the North Park region is its abundance of accessible fishing water, and several surrounding State Wildlife Areas are recognized as some of the state’s most reliable waterfowl hunting opportunities in the fall, and great big-game hunting grounds on winter range for deer, elk and pronghorn. 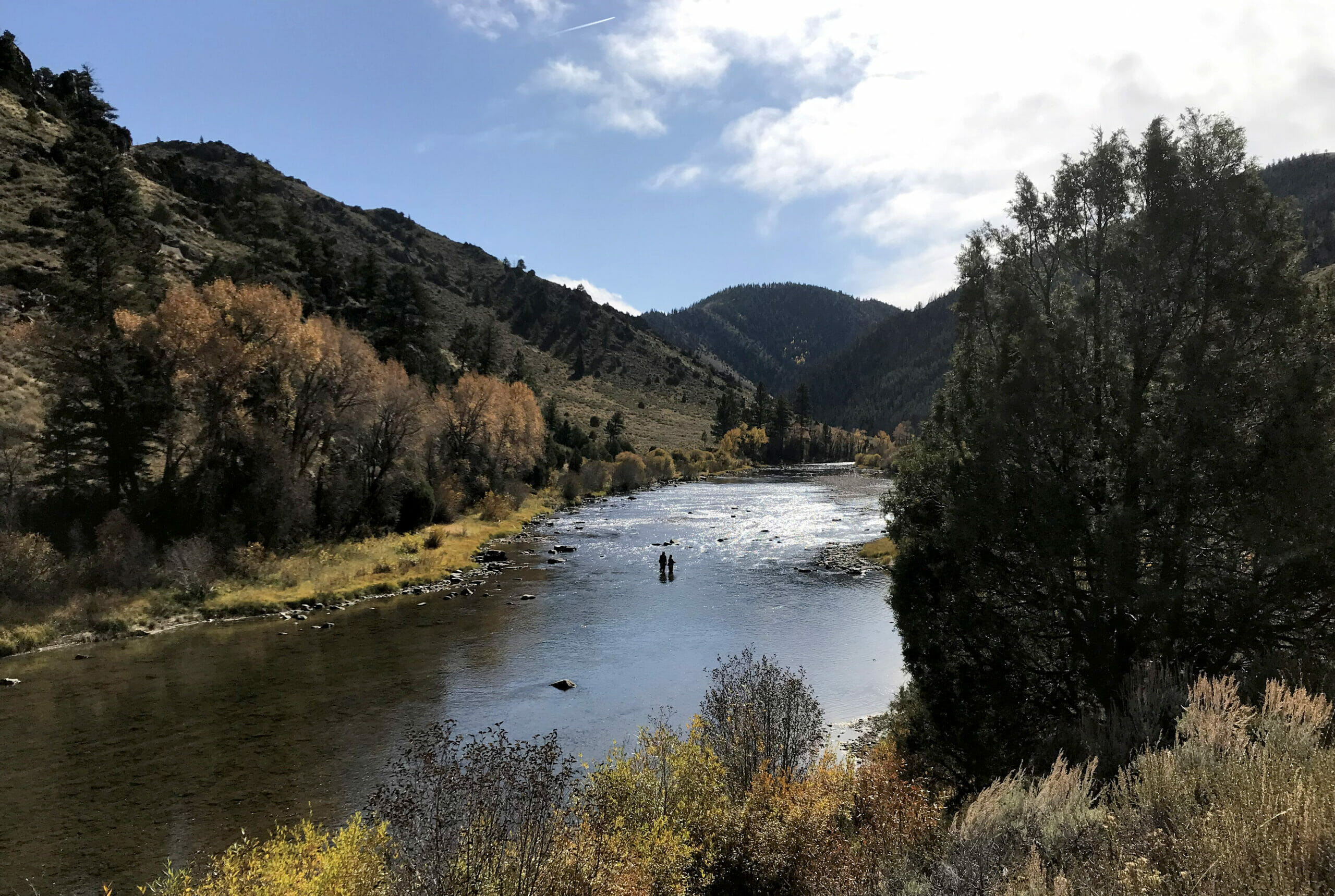 Many communities and businesses in Wyoming have propped themselves up around fishing, hunting, and other fish and wildlife dependent outdoor recreation.

Casper has embraced and capitalized on its surrounding public land and water to become a destination city for Wyoming anglers and out-of-state tourists. It frustrates us to see speculative leasing right on top of premier Wyoming fisheries like the North Platte, Greybull and Green Rivers.

We are selling our kids short if we continue to allocate resources to leasing public lands where the chances of producing oil and gas any time in the near future—or ever—are so slim, and the potential impacts to fish and wildlife and recreation are so high. In many cases, it would be a better investment to support fishing, hunting, and tourism here, while providing sensitive species with quality habitat.

Drilling technology is incredible, we have geologic and geophysical models all over the country, and we’ve learned so much about energy development’s impacts on fish, wildlife, water, and humans in the last decade. Our approach to energy development on public land should be more calculated, efficient, and forward-thinking to ensure that the American people get a good return on investment now and in the future. 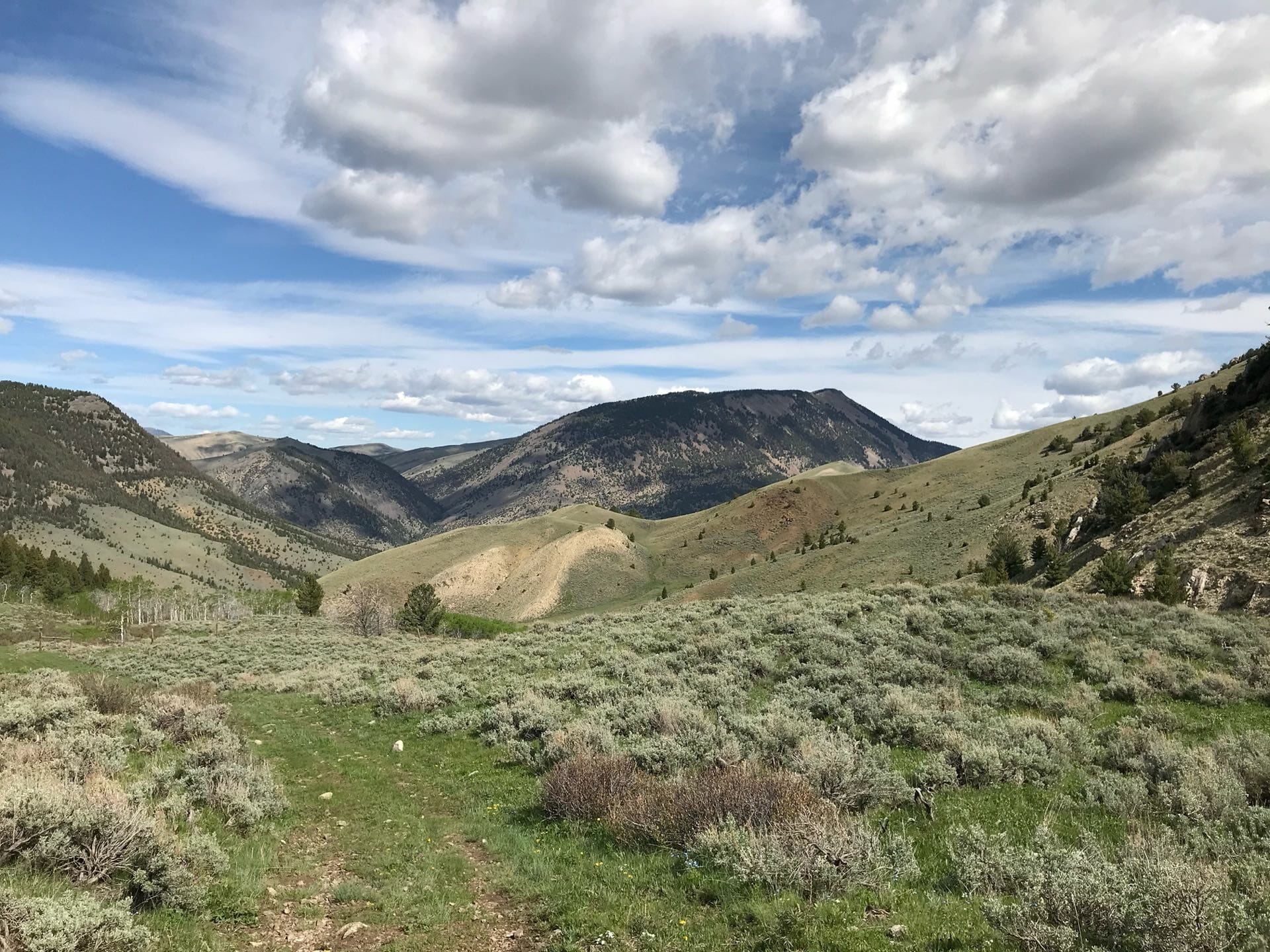 In Montana, a proposal to drill an exploratory oil and gas well atop White Pine Ridge in the Tendoy Mountains region of Beaverhead County threatens the headwaters of the beloved Beaverhead River, populations of native Westslope cutthroat trout, and one of the state’s most prized elk hunting areas.

The proposed project is wildly speculative and the possibility of finding enough oil or gas to make it worth the investment is negligible, according to experts.

Meanwhile, there is an economic driver in the county, one not nearly as speculative or destructive, that should be expanded and built around.

A report conducted by the Bureau of Business and Economic Research at the University of Montana in October found that hunting and angling in Beaverhead County generates more than $167 million each year for Montana’s economy. It is also responsible for the creation of over 1,400 jobs, many of which are located in the county—which a significant number in a county that has a total workforce of only 9,000. 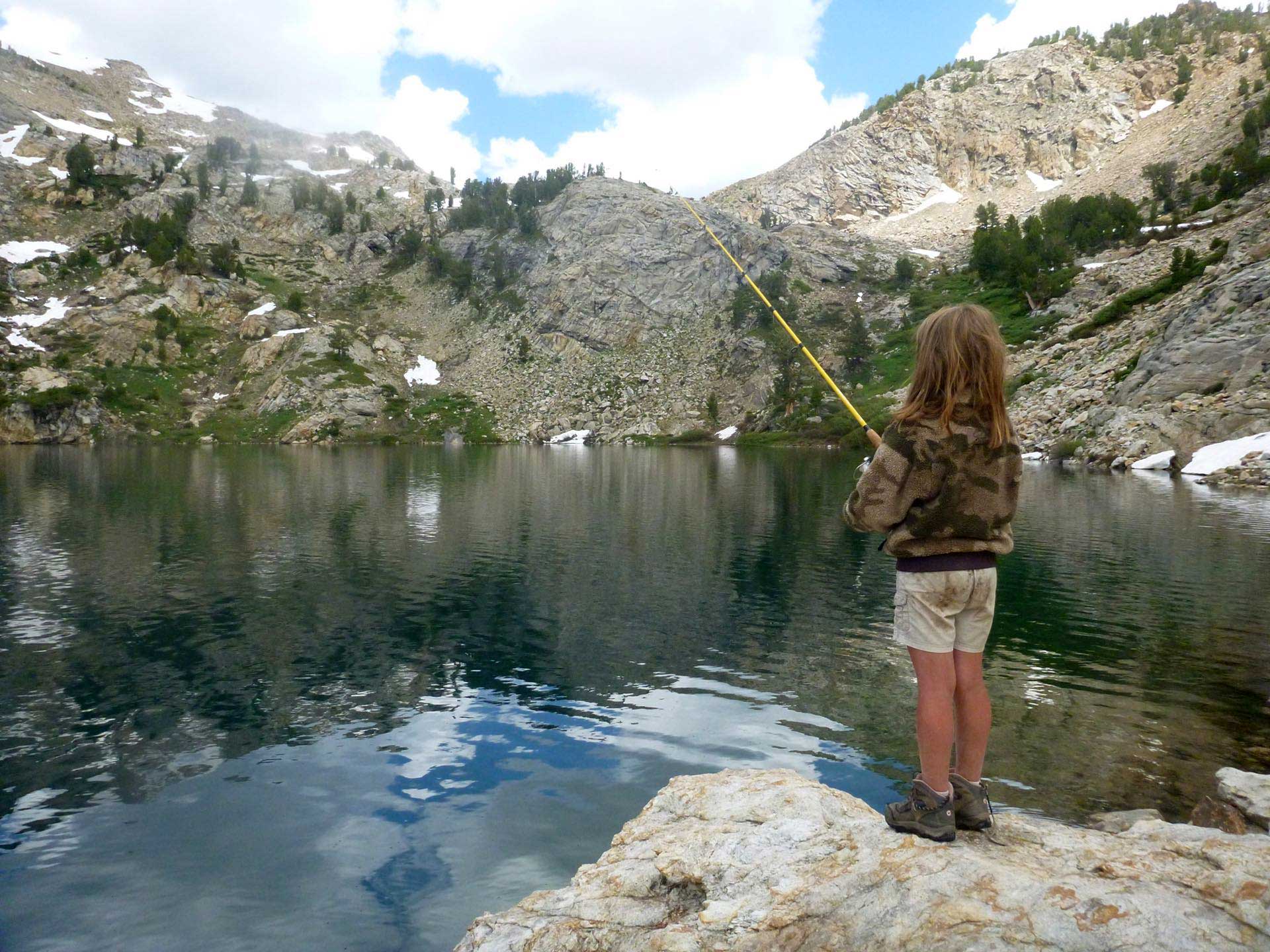 Speculation for oil and gas is spilling into our world-class hunting and fishing areas across the West. Far too often we see proposals approved in sensitive trout habitat.

In Nevada’s Ruby Mountains, the situation is different. In 2018, a broad coalition of sportsmen and women, conservation groups, and outdoor retailers pushed back on a proposal to lease acreage in this northwestern Nevada mountain range. Subsequently, the proposal was withdrawn and no leases were sold, giving us a window of opportunity to conserve one of the most important landscapes for hunters and anglers—a critical migration corridor for mule deer and home to native Lahontan cutthroat trout.

We know even exploration activities for oil and gas could degrade these public lands that are revered by so many. Genetically pure conservation populations of native Lahontan cutthroat trout still occupy some portions of this range; they once occupied over 175 stream miles of the Ruby Mountains.

Conservation populations of native fish in the arid west are considered extremely rare and the Rubies need to be taken off the table for development. 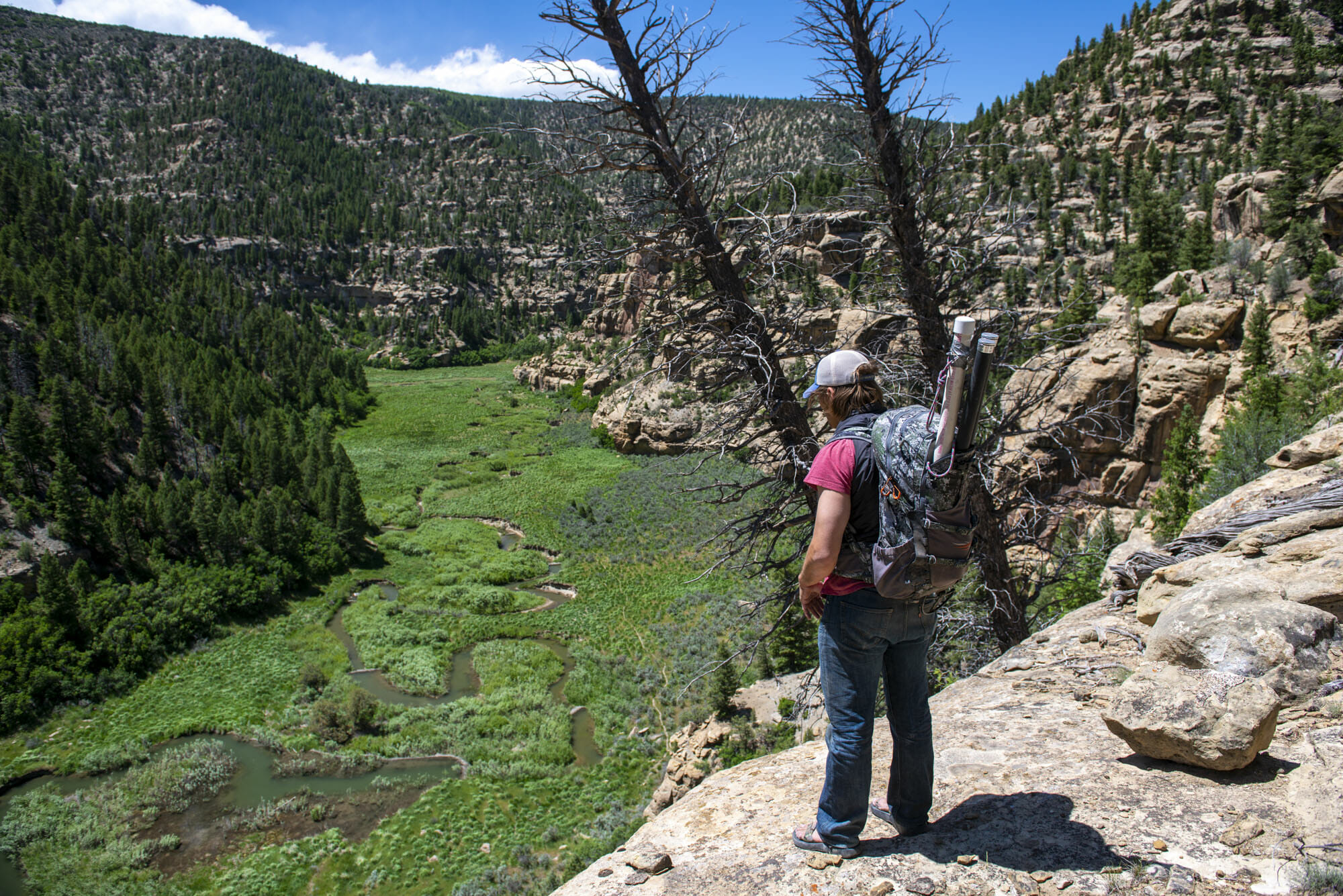 The Book Cliffs are a wild landscape critical to the survival of wildlife and fish in eastern Utah, and a priority for TU and many of our partners.

Colorado River cutthroat trout have been restored and established in more than 75 miles of stream in the area. But beyond the trout, the Book Cliffs might be Utah’s best big game hunting destination. It contains some of the highest quality mule deer and elk habitat in the West. Every year some of Utah’s biggest mule deer bucks and bull elk come from the Book Cliffs.

Each fall, hunters descend on the Books for dozens of limited-entry hunts for both deer and elk. Unsurprisingly, hunter success is excellent in this wild region. Success rates range from 76 to 92 percent most years.

Unfortunately, it faces significant threats. Many oil and gas wells already dot the region, and leasing continues on new parcels. Ensuring that industry and the Bureau of Land Management use the best available practices, the least surface disturbance, the cleanest possible drilling methods, and the most current reclamation science is vital for the long-term health of the deer and elk herds in the Book Cliffs region.