What do bridges, highways, and rail have to do with wild and native trout and salmon? In the case of the recently enacted bipartisan infrastructure bill, known as the BIF, a whole lot. TU staff played important roles in helping to shape many important provisions in the bill. At a deeper level, TU has spent decades partnering with the agencies to help develop programs through which the money will flow, such as the U.S. Forest Service’s fish habitat and watershed program. Our longstanding and effective relationships with the agencies will help ensure that these scarce resources produce major results for trout and salmon. Below are some of the reasons we are so excited about the passage of the BIF.

The bill contains major investments in some of Trout Unlimited’s highest priority watersheds, including the Delaware River, the Klamath, the Great Lakes, the Chesapeake Bay, and the Columbia River Basin.

Half of all the blue-ribbon trout streams flow across lands managed by the Forest Service. The legislation includes billions of dollars for the agency’s efforts to restore ecosystems, remove dams, and reduce the risk of harmful wildfires.

The EPA estimates that 40 percent of all western headwater streams are negatively affected by abandoned mines. The BIF establishes a new program and authorizes up to $3 billion to clean up these legacy mines in the western United States.

Trout and salmon need to be able to move through connected systems in response to floods, fire, and drought, which are becoming more intense as a result of climate change. The BIF provides up to $1 billion to remove, replace and restore culverts that fish cannot pass, and tens of millions of dollars for collaborative approaches to restoration of rivers and streams.

Although we are disappointed that Congress chose not to directly fund U.S. Rep. Mike Simpson’s (R-ID) bold proposal to recover Idaho’s salmon and steelhead, the BIF contains billions of dollars to support the removal, rehabilitation and retrofitting of dams. This funding can support critical projects to remove dams that no longer serve a public benefit (with the consent of dam owners) and to improve the safety and environmental performance for things such as fish passage.

In the West, climate change challenges water uses for agriculture, communities, and rivers and streams. TU has worked collaboratively for decades to improve irrigation efficiency and put more water in streams for fish. TU’s work also demonstrates that healthy watersheds are an essential part of our water infrastructure and part of addressing water scarcity. The BIF includes $5.85 billion for irrigation and water supply infrastructure and $1.85 billion for water recycling, desalination, and water conservation.  Another $600 million will be invested in river basins to improve watershed function and ease the effects of drought across the West. 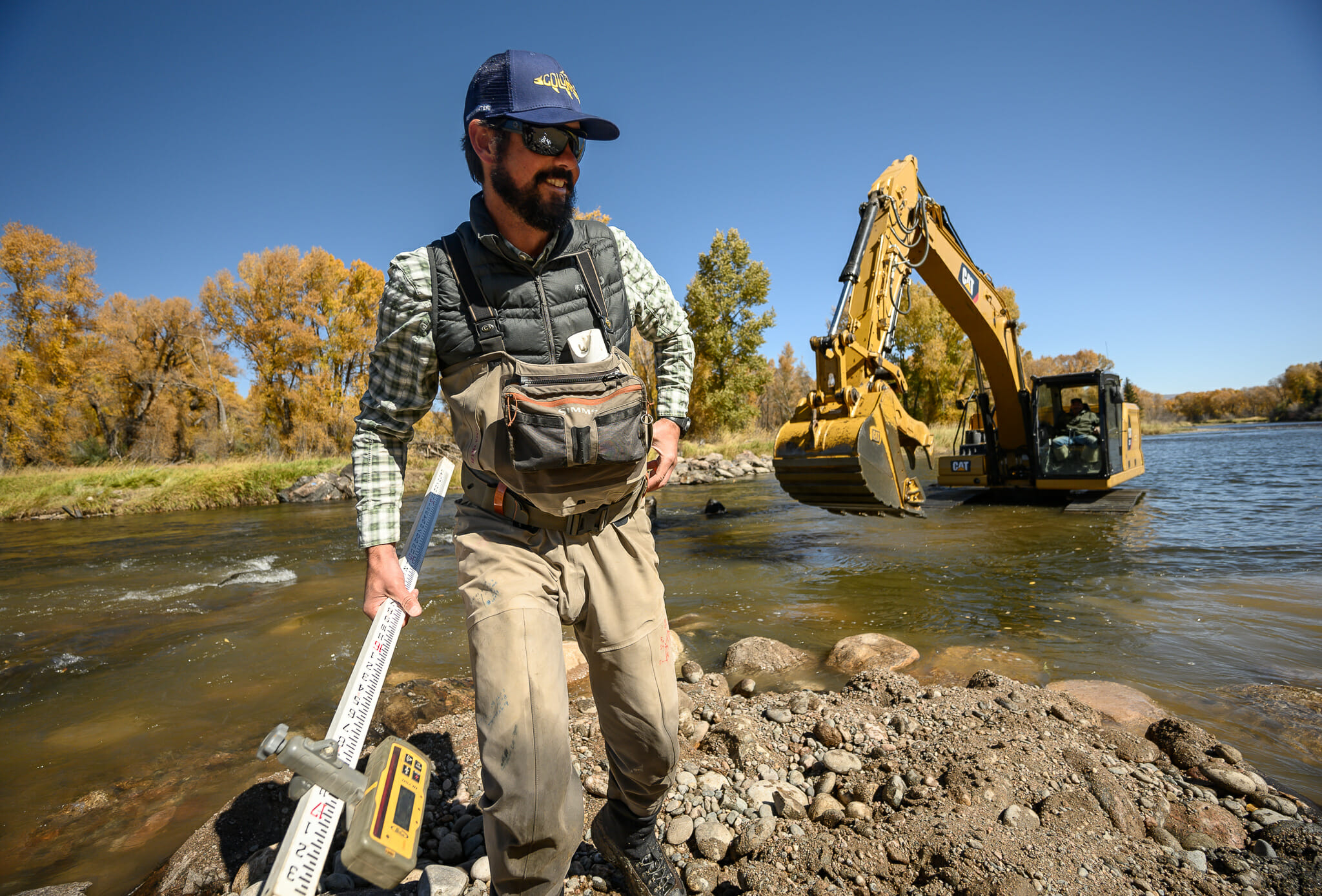 Trout and salmon are the ultimate indictors of clean water. The legislation provides more than $14 billion to fund streamside and estuary restoration, stormwater management, and more.

Conservation is often an incremental game. Protecting important landscapes, for example, can take decades. Recovering degraded rivers and streams often requires cobbling funding from multiple sources. The passage of the bipartisan infrastructure bill is an investment in the future, and one Trout Unlimited will take advantage of to care for and recover our rivers and streams.