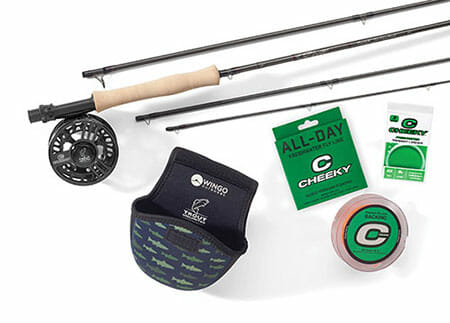 Genomics offers a whole new world for understanding the evolution and conservation needs of trout and salmon. The massive amount of information afforded by modern sequencing techniques provide a more comprehensive view of population relationships and histories, which can be used for effective conservation planning. We can also learn how fish are adapting to their environment, analyzing signals of selection for, or against, different genes.

Hybridization with non-native trout is a major threat to native trout. In Montana, we studied several hybrid zones — geographic locations where native westslope cutthroat trout are interbreeding with non-native rainbow trout to various degrees. Patterns of genomic variability in hybrid fish suggested selection against rainbow trout genes, even in warmer environments where rainbow trout were assumed to have a broader environmental tolerance. This suggests native cutthroat trout are better adapted to their environment than cutthroat-rainbow trout hybrids, and that perhaps selection will act to reduce hybridization in some cases in the future, although more research is needed on this complex topic.

We used modern sequencing approaches to investigate the genetic underpinning of thermal tolerance and growth in the hatchery broodstock being used to recover Lahontan cutthroat trout to the famed Pyramid Lake, Nevada (the worlds’ largest cutthroat trout).  Results highlighted complex pathways affecting these traits, in uncovering associations with genes related to immune response, growth and metabolism, protein assembly, cardiac function, the maintenance of cellular ion concentrations, and anaerobic resiliency.  Interestingly, the only 2 remaining native lake-form populations maintained different genes correlated with temperature.  This work is a step forward in our understanding, and therefore conservation of, these important trait. and was published in collaboration with researchers at the Universities of Montana, California-Davis, and Nevada