I had just finished leveling the camper when Morgan pulled up in his white sedan. It’s a process—leveling the camper—made a bit more complicated thanks to a slightly hyper mutt running around while I work the jacks, wondering why we can’t just go straight to the creek.

“Who cares if your feet are above your head?” Phoebe seemed to ask. “The cutties are waiting.”

And then there was Morgan. Super nice. Polite. Hat in hand.

I looked around. It’s a great, big national forest— there are some 3 million acres of it — and there are lots of places to stop and check out the scenery. That I had just snagged what I consider to be the best undeveloped campsite on the creek might have had something to do with his visit, but at this point, it was just pleasantries.

“What brings you all the way out here?” I asked him, as he got out the driver’s side door and wandered around to the front of the car. I was wondering how he’d gotten the classic, “Fletch” Oldsmobuick down the deeply incised “road” that we both had to use to access this little stretch of public lands paradise. “In … that?”

He grinned. The guy was like me 20 years ago. Cars go where drivers take them. I’ve been places in a 1980 Toyota Corolla that, today, I’d hesitate to go in my truck. Youth back then. Wisdom today.

You only have to get stuck in the middle of nowhere once.

Morgan looked around at my digs. A spacious clearing among the firs and the lodgepoles. Tall grass along the edges and a few choice spots for tents or, if you’re like me, a high-clearance camper. In the middle rests a well-used firepit that gets most of its action during hunting season, not now, not during the dog days when the mosquitoes and the deer flies can be relentless.

Thank God for the Thermacell and fishing hoodies.

The creek, one of several native cutthroat streams in the Caribou National Forest of eastern Idaho, does a big oxbow through a meadow that spreads out below the site, and it drips with fishy character. At the top end of the oxbow, and at the bottom of a fairly sheer cliff, the creek scours out a big pool. At its deepest, it comes to my bottom lip.

Oh, you bet your ass. There’s nothing quite as sweet as a chilly dip on a hot July day.

If Shoeless Joe Jackson were a fly fisherman, he’d look at me (assuming, of course, I could pull off a decent Kevin Costner), and ask, “Is this Heaven?”

Iowa has its corn fields. Here, where I live, we have our public lands.

But Morgan new about Idaho. And, I’m guessing, Heaven.

“You look awfully familiar,” he said. “Do you come to The Celt?”

The Celt, as some of my dearest fishing buddies know, is an Irish bar in Idaho Falls. And yes. I go there. Now and then. Frequently, even, but not since the pandemic started last spring. It might be “the” bar, but I can get a Jameson on the rocks quite a bit cheaper at the Elk’s Lodge across town, or at the slightly lower-rent Samoa Club across the street or even the nearby Golden Crown without paying for the atmosphere (the Crown is a grotto bar — an underground monument to the 1970s that just divey enough).

Sometimes the atmosphere is worth it, though. I took a look around at my digs for the week ahead. Yeah… sometimes, indeed.

“I work the door sometimes,” Morgan explained. He also explained that he was a teacher and that the door work at the local pub was a part-time side hustle (who doesn’t have a side hustle these days?). Not a bad part-time gig, honestly.

“So,” he started, almost as if embarrassed.

“I volunteer with a local Scout troop in town, and … well, I’m out looking for the best spot to bring a bunch of boys out for the week.”

Morgan looked around, almost regrettably. Yeah… this spot would be ideal. But just a quarter mile down the creek, an almost-as-good spot lay vacant.

“Are we going to bother you if we bring all the kids out and camp this week?”

First, hearty applause for asking. He certainly didn’t have to. This land isn’t just mine. It belongs to every American, much to the chagrin of mining company CEOs, oil barons, timber companies and the like. He could have done as he pleased without any reasonable repercussion.

“Oh, my gosh,” I said, surprised at the candor and, frankly, the consideration. “Absolutely not. You won’t bother us a bit.”

I took another look around and spread my arms wide.

“This,” I said, “belongs to all of us. Bring ‘em. I’ll have some folks in and out this week, but you’re not going to bother us.”

And then I made the usual preemptive mea culpas. We might drink a little around the campfire. I don’t have a leash for Phoebe, but if the boys don’t mind being licked to death, we won’t have a problem. I’m not the most organized camper — the perfect example of what not to do, if you want to show the Scouts what it’s like to watch a princess spend a week in the woods.

“No problem,” he said. “Some of the guys and I might come have a drink with you after the boys are in bed. I just wanted to make sure we’re not going to bother you.”

As I write this, my old mutt at my feet and a serviceable camping cocktail of Canadian Mist and Sprite Zero resting over ice (I did say I was a princess, right?), I can hear the hoots and hollers of a dozen Boy Scouts having their best week of the summer just down the “road.” It’s the sound of joy and youth.

I had a 20-fish day on the creek, but I missed a fat cutty under an overhanging willow that will haunt me until at least tomorrow when I intend to try again. This is Heaven, Joe. You can have your precious corn field.

The boys are having a blast. I can tell by the shouts and the laughter as they run free, unfettered by fences and “no trespassing” signs. Like me, they’re in Heaven, too.

This land is their land. And anybody who tries to take it from them will have to answer to me. 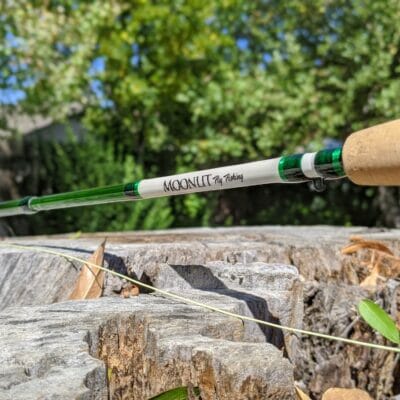