The Tongass. For many, it conjures some far away and foreign place. For others, it’s a name that has never been heard before. Yet, for all Americans, at nearly 17-million acres in Southeast Alaska, the Tongass is our largest National Forest and a national treasure owned by every citizen.

It conjures an other-worldly feeling of wildness with its lush and dramatic landscapes, fjords, glaciers, and old growth Sitka spruce, cedar, and hemlock trees that grow many hundreds of years old and nourish vast networks of streams and rivers incubating five salmon species, steelhead and trout. The Tongass is called the Salmon Forest because it produces a quarter of the West Coast’s entire commercial salmon catch. It’s salmon, unmatched scenic beauty, and unique recreational opportunity support vibrant tourism and fishing industries that account for 26% of all local jobs. The Tongass is ours, yet by the grandeur of its rich resources, it is critically threatened.

The U.S. Forest Service has proposed exempting the Tongass from the national Roadless Rule to make way for more industrial clear-cut logging of old growth forest, a practice that harms fish and scars the landscape.

As CEO and founder of an outdoor recreation company that depends on the health of our planet’s natural resources, I am deeply concerned this proposal disregards the fundamental importance of a wild America in favor of short-term gain from unsustainable resource extraction. This threat poses untold damage to culturally important areas to the Native peoples of the region, the wild fish and wildlife, and the public land heritage that all Americans share. As part of the largest temperate rainforest in the world, it also stores 8 percent of the carbon in all our country’s forests. The Tongass needs protection. (comment today)

If this proposal goes through, new roads and clear-cut logging will be carved into the carpet of ancient forest, where the DNA of salmon find their place in the tree’s age rings. More than 9 million acres of the Tongass would become available to countless miles of new logging roads and clear-cut logging on a scale we have not experience in America for decades, which not only harms our salmon streams, wildlife habitat, and scenery, but also comes at huge economic cost.  Taxpayers already spend $30 million per year to prop up barely a hundred timber jobs that risk 3,700 fishing industry jobs, and 8,000 tourism industry jobs.

Either we succeed as stewards of our public lands together, or we standby as decisions are made at our expense while the wild places and species we love are slowly chipped away.

When the Governor of Alaska and President backed this proposal, they did so against the will of the people who live in the region and Alaska Native tribes, and failed to consider how it would impact us down south – as Americans, anglers, and business owners, but perhaps most importantly, as public land owners. It is a short-sighted political catastrophe with consequences that cannot be erased.

Exempting the Tongass from Roadless Rule would be a huge leap backward. As the timber industry has dwindled, the region has adapted to more sustainable industries that are now thriving – more than 26 percent of the region’s jobs are in fishing, recreation and tourism, adding billions to the local economy. If the Roadless exemption goes through, the values that make the Tongass so unique and valuable to residents and visitors alike will be tossed aside in favor of a short term, exploitive industry in our nation’s best remaining temperate rainforest.

My business’s ability to meet the needs of our customers, and the Forest Service’s ability to meet the needs of the public, are directly tied to one another.  All Americans who value public lands have the chance to weigh in on the proposal and make sure the Forest Service knows we support the Roadless Rule. Either we succeed as stewards of our public lands together, or we standby as decisions are made at our expense while the wild places and species we love are slowly chipped away.

John Land Le Coq is the Founder, CEO, Director of Design and Development for Fishpond, Inc a Colorado-based Company. As a B Corp. Fishpond is one of the world’s most respected brands of fly fishing and outdoor gear, and advocates for environmental policy change to ensure that we continue to have healthy habitat, clean water, and open lands for species.. He currently lives on the western slope of Colorado on a working ranch nestled under the majestic Rocky Mountains. . 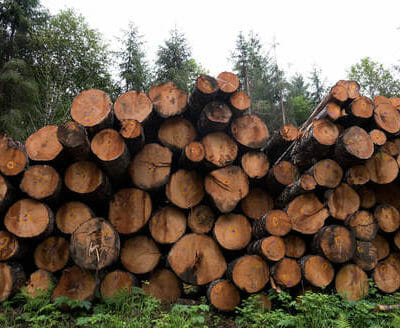