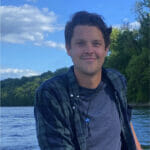 After the Recovering America’s Wildlife Act resoundingly passed the House, it’s time for sportsmen and women to urge the Senate to support this important legislation.

The nation’s valuable fish and wildlife resources are a step closer to benefiting from important legislation that will fund conservation measures to help at-risk wildlife and restore fish and game habitat.

The U.S. House of Representatives passed the Recovering America’s Wildlife Act (H.R. 2773/S. 2372) on June 14. Up next, the legislation will move to the Senate floor for consideration.

If enacted into law, the Act will dedicate $1.39 billion annually to state wildlife management agencies and tribal nations for proactive, on-the-ground efforts.

In the U.S., many native coldwater species are at risk, and more than 40 percent of freshwater fish are considered imperiled. The Act will help provide the science-based conservation funding that is desperately needed to recover and sustain coldwater species such as the eastern brook trout, bull trout, chinook salmon, and wild steelhead.

Trout and salmon are key indicators of ecosystem health, as they require a pristine habitat and can only survive in clean, cold water. Unfortunately, increased water pollution, higher water temperatures, and other habitat alterations have reduced some populations to a dangerous level.

Funding made available through the bill will enable state wildlife management agencies, alongside partners like Trout Unlimited, to build out existing conservation initiatives and combat declining populations for key fish and wildlife.

In West Virginia, federal funding like what Recovering America’s Wildlife Act would provide has allowed TU to establish a watershed-level cold-water habitat restoration program to protect brook trout in the Potomac headwaters.

West Virginia’s many intact native brook trout streams and surrounding coldwater resources are critical for anglers and the communities they support. In the Potomac headwaters, TU has partnered with hundreds of farmers to restore streams and remove barriers to fish movement.

Volunteers, TU project managers, and the small businesses they employ have planted trees to enhance riparian buffers, stabilized miles of eroding streams, and installed millions of feet of fencing to keep livestock out of trout habitat.

Recovering America’s Wildlife Act would provide a new source of funding to continue this type of work in West Virginia and across the nation.

While the House passage of Recovering America’s Wildlife Act represents a great conservation win, there is more to be done to ensure this important conservation funding makes it to our imperiled rivers and streams. Anglers and those who love natural spaces represent a critical voice for fish and wildlife conservation.

Urge your senators to support The Recovering America’s Wildlife Act.