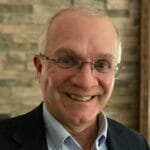 Conservation is a marathon, and if ever we needed proof, consider what is playing out in the U.S. Supreme Court.

Fifty years to the month after the passage of the Clean Water Act, justices heard arguments this week in a case that could upend protections for more than half the nation’s wetlands—and if the plaintiffs have their way, half our stream miles, including headwaters for trout and salmon.

In other words, after a half-century of watching our waters get cleaner and healthier and more fishable and swimmable, we are still trying to defend them.

Trout Unlimited joined some of our closest conservation partners in filing an amicus brief in the case before the U.S. Supreme Court, Sackett v. EPA. We argued that the Sacketts’ legal request, if granted by the court, would illegally and dramatically weaken the Clean Water Act.

It’s all connected. For downstream waters, connected wetlands provide critical habitat, filter pollutants and sediment, and produce food. Small streams, even those that only flow a few months of the year, are like the capillaries to larger stream systems. Damage them and you do harm to waters closer to home.

The conservation group brief that TU helped to author cited the case of Montana’s Tongue River Basin, where 35 percent of waters would lose federal protections. The Tongue is an important tributary to the Yellowstone. In the Rocky Mountains, isolated wetlands known as fens support trout populations, but would not be protected under the Sacketts’ interpretation. The amicus cited Rio Grande cutthroat and Eastern brook trout as other species that would suffer from habitat destruction.

Sackett ruling could upend protections for trout and salmon streams

The case before the U.S. Supreme Court involves Michael and Chantell Sackett, who in 2007 sought to build a home on a wetland on Priest Lake in Idaho and disputed the EPA’s conclusion that they needed a Clean Water Act permit.

When Army Corps and EPA biologists visited the site, they found the property to be part of a priority wetland in Idaho that flowed into Kalispell Creek and then the lake. Historically, Westslope cutthroat trout from the lake spawned in the creek, but excessive sediment and competition with non-native brook trout led to declining native trout populations. The biologists found that the wetland system was key to maintaining water quality in the lake and restoring the native cutthroat population.

The Sacketts argued that because the section of the wetland they own is separated from the adjacent creek and lake by roads, it should not be covered by the Clean Water Act. Years of legal jousting led to the current Supreme Court review of the case.

The Sackett case has to do with what are considered “Waters of the United States” by the Clean Water Act, a definition that has been debated for decades.

In 2015, TU and our partners backed the Clean Water Rule, which would have confirmed protections for small “ephemeral” and “intermittent” streams, headwaters, and wetlands.

That rule was blocked by the courts, repealed by the Trump administration, and briefly replaced with a weaker definition. In findings published in a peer-reviewed journal, TU showed that the rule would have stripped protections from half of all waters and wetlands.  In the past year, two federal courts in the Southwest have overturned the Trump administration rule and reinstated rules that had been in place for 30 years prior to 2015.

Attorneys for the Sacketts have proposed an even weaker definition than the one developed under the Trump administration. A ruling from the Supreme Court is expected by June.

In the meantime, the Biden administration EPA is set to finalize a revised interpretation of what waters are covered by the Clean Water Act, which would provide better, clearer coverage of small streams and wetlands while a long-term definition can be crafted.

Once and for all, it’s time to protect all “Waters of the U.S.”

If you’re confused, you’re not alone. Here’s the bottom line: Fifty years on, this is no time to let up on defending the Clean Water Act.

It’s time for the EPA to finalize its “Waters of the U.S.” rule, and finish the work of collaborating with landowners, farmers, businesses, and conservation organizations in crafting a lasting rule that achieve the original goals the Clean Water Act—making the nation’s waters healthy, fishable, and swimmable.

TU has been a leader among fish and wildlife groups in defending the Clean Water Act protections for our vital wetlands and headwater streams. Our amicus in the Sackett case was our fourth submitted in four different courts in defense of wetlands and streams. Our science and advocacy teams, in tandem with our relentless TU volunteers and esteemed conservation group partners, have run a long, strong race, but the outcome is still in doubt. We will never give up.

Stand up for clean water and healthy fisheries