Lyla Blue Guymon in a battle with a brown trout captured by her father Matt Guymon. Matt Guymon photo.

Our 7-year-old daughter, Lyla Blue, has been on the water her entire life. In fact, she spent quite a bit of time wading while still in utero.

Summer, her mom, and I have been fly fishing for decades. The passion we both share for the water was obviously passed on to Little Blue. You will find our family on the water from March to November and you will find me there—with a camera in my hands—nearly every day of the year.

Lyla has been catching and releasing fish since she was 3. The day I brought her home a pair of waders I saw the light go on, and she has been game ever since. Lyla has a pink fly rod with a pink line and a box of pink flies that goes everywhere with us. She is just starting to cast on her own and learning the rhythm of the water. 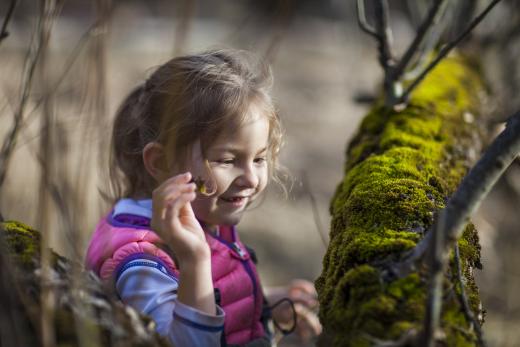 Lyla Guymon taking time to explore the landscape while on a fishing trip with her dad. Matt Guymon photo.

Everything came together the day I snapped the photo of Blue catching a fish that ran on the cover of the fall 2018 issue of TROUT magazine. It was a special day for sure. I try to get out with her for “daddy-daughter” time as much as possible. We manage to sneak a few days in throughout the year. The majority of the time is spent watching water, climbing trees or snacking next to the river. We do catch fish, but it is never the goal.

On this outing I was trying to time it so the browns would be active, but not yet spawning. It can be difficult to find this window. As we got to the water I was surprised at the lack of fish in their normal spots. We put on the classic soft hackle Hare’s Ear followed by a tungsten Pheasant Tail. 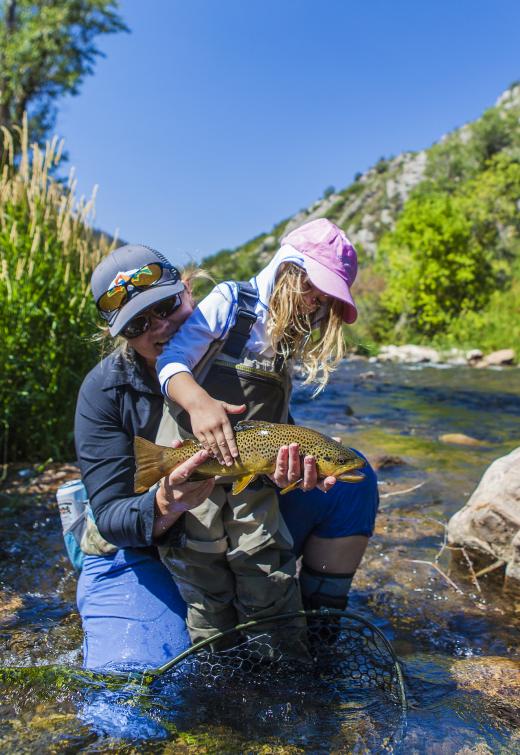 Summer Guymon helps her daughter admire a brown caught by her family on a Utah water. Matt Guymon photo.

As we rounded a few bends I saw what looked to be a small group of fish rising. Like many dads I said, “Let me cast and let’s see if we can hook one.”

I made one cast and two of the four fish spooked. After nearly spoiling the opportunity I figured it was a good as time as any. I handed her the rod and walked her into place. I told her if she hooked one to sit down on the rock behind her.

And then I told her she would likely only get one shot the remaining fish. She surprised me and said, “I got it.”

She let the flies go tight with the water and somehow then made the perfect cast right in the seam. I watched—expecting the fish to bolt. Instead the bigger of the two trout drifted into the seam and sucked down the pheasant tail. I helped her lift the rod tip and left the rest up to Blue. 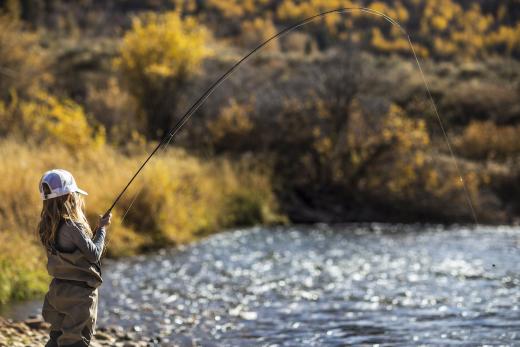 I told her, “Forward!” and she sat down on the rock and began an all-out war with an 18-inch brown trout.

I backed up slowly and pulled out the camera and started to shoot this series. I could tell she was struggling, so I yelled, “Give it to him!”

She bent the rod, and the fish came half way out of the water.

This is the moment captured on the cover of TROUT.

I realized how big it was. I kept shooting for a few more frames then waded out and netted the fish. The best part is how hard she laughed the whole time. I handed her the net and she said, “Its so big … what is it?”

I told her it was a brown trout and she said, Tthey should call it a gold trout.”

I pulled the fly out and we tried to get a quick shot of her holding it. Blue said. “I want to let it go dad”.

She slowly let go of the fish and, with a swipe of its tail, it doused us both. We rose our hands for a high five and laughed. We spent the next hour climbing trees, eating snacks and looking at moss on the branches. It was an epic day.

As a dad, it means the world to see how much she loves just being outside. The respect and curiosity is inspiring to say the least. The best part is the way it all came together so organically. When I got home and looked at the images, I knew immediately it was a special moment.

When Jim Gray with TROUT Magazine asked if I had images of women and children for the Fall issue (the theme is “diversity”), I knew this one would be perfect. A few weeks after sending in some images I got the e-mail saying it was the cover. I was so happy I almost cried.

Summer and I could not be prouder parents! Blue is the best kid you could ever imagine, and she is what makes our family so strong and fun. 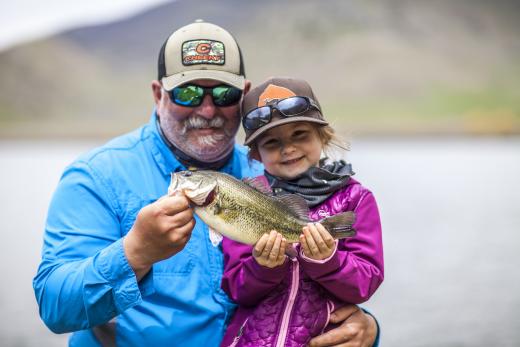 Matt and Lyla Guymon with a largemouth bass. Courtesy of Matt Guymon.

Along with the other 155,000 Trout Unlimited members, we received our copy of the magazine last week. My daughter squealed like a little pig and giggled for a few minutes when she saw it.

“Dad! I’m famous,” said. And then she asked if we could go fishing – that’s my Blue.

The magazine will be making a show-and-tell appearance at her school next week. She is almost as proud as I am.

Take your kids to the water. Let their inspiration and curiosity drive the train. Catch the fish when you can and teach them the importance of the resource and how to protect it. The time spent out on the water is extra time added to your life and their lives. These memories will last a lifetime. Don’t forget the camera … because you never know.

Matt Guymon is a professional outdoor photographer based out of northern Utah. He cherishes nothing more than time on the water with his wife and daughter. Follow him on Instagram @freestoneriverphotography 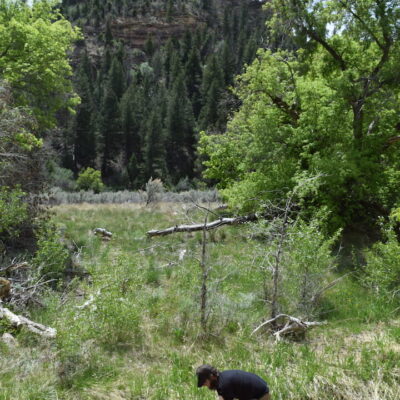 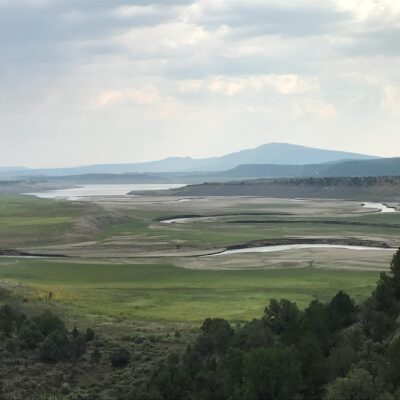 Voices from the River: Teachers and preachers 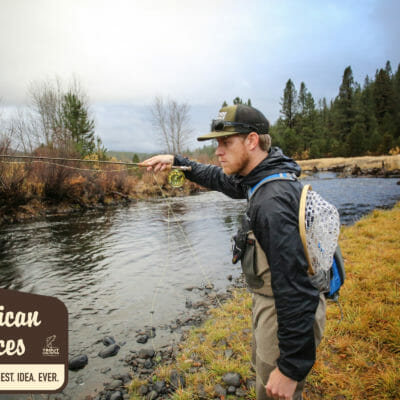