“One more cast,” I say to my brother from the bank above the Frying Pan River. A monster trout is rising with regularity and taunting my brother’s last nerve. I’ve been coaching him to place his fly in the exact spot from his perch on the opposite side of the run for what seems like forever.

We’ve already had what could be considered a “best day ever” on the water. Catching too many fish to count (good thing, since I’m not a fish counter) with a significant percentage ranging well above 15 inches. But neither of us can resist just one more.

He’s in a spot with a glare that prevents him from seeing the fish, the rise, and the drift from there is tough. Casting across a swift current, this fish is sitting tight to the big boulder on the bank, and because it’s the Pan, the drift must be perfect.

Frying Pan fish see lots of flies. Being a very productive river for bug life, trout see abundant naturals swimming past their faces and above their heads all day, every day. That means anglers flock there for chances at one of the football shaped rainbows that gorge on mysis shrimp as well as the smaller fish that hammer flies and put up a good fight. At least they’re hungry.

“Mend,” I yell. He’s on it. After switching flies about eight times and tying on smaller tippet (the fish are picky, afterall), he gets the cast, the placement, and the drift is happening. Immediately, he mends. I vacillate between watching the fish and his fly. Both are coming into view and the fish pulses its tail and prepares to pounce. And wammo! He’s got a 23-inch trout on the end of his line attached to a 3-weight fiberglass rod, and the fight is on.

I’m jumping up and down, hollering, and then remember it’s “guide service” time. I bolt down the rocky shore and ready my net. Success!

All that remains is celebration of a day never forgotten over a cold beverage. Cheers, bro!

Kara Armano is the communications director for TU’s southwest region. 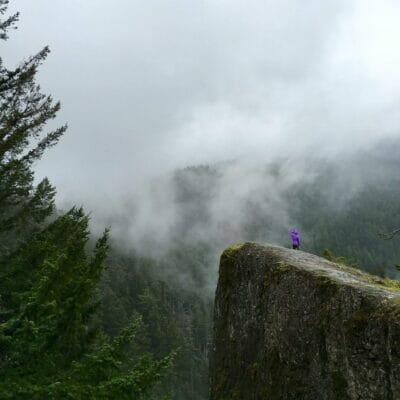 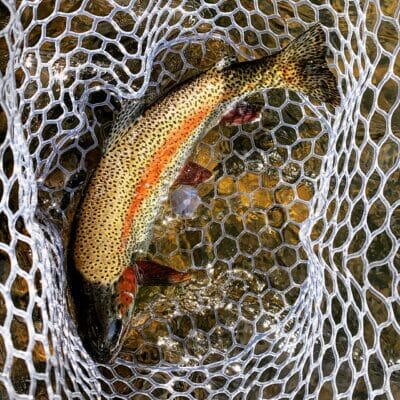