Editor’s note: This piece first appeared in the Albuquerque Journal.

Often referred to as the hardest-working river in America, the Colorado River provides drinking water to 40 million people and irrigation water to 5.5 million acres of farm and ranch land across the Southwestern United States. According to the Washington Post, the upper reaches of the Colorado River basin in Colorado and Utah contain a 30,000-square mile “hot spot,” the largest in the contiguous United States, where average temperatures have increased by more than 2 degrees Celsius.

Along with escalating temperatures, the region is suffering from the impacts of a 20-year drought. Cities and towns and farms and ranches that rely on the Colorado River and its tributaries are facing an uncertain future, as are the region’s environmental health and outdoor recreational industries — all of which depend on healthy, flowing rivers.

Congress has an opportunity to address these challenges. The Senate is currently considering legislation that would improve water security in the Colorado River Basin and other regions around the West.

Two bills, sponsored by Sens. Tom Udall, D-N.M., and Ron Wyden, D-Oregon, respectively, as well as a third piece of legislation by Sen. Kamala Harris, D-California, provide the Bureau of Reclamation with new authority and funding to help Western communities adapt to a hotter, drier future. As the federal agency most heavily involved in managing the Colorado River and other water supplies across the West, Reclamation is uniquely positioned to tackle the region’s climate and drought challenges.

The Udall and Wyden bills authorize new Reclamation programs that would benefit a variety of stakeholders, including municipal water providers, agricultural producers, Native American tribes and conservation and recreation interests.

These bills would authorize Reclamation to invest in irrigation and municipal water infrastructure, as well as aquatic and watershed restoration. These bills could provide funding for projects on our drought-stricken Rio Grande and its tributaries, improving fish and wildlife habitat while benefiting agricultural producers through improved irrigation infrastructure.

Significantly, the Udall and Wyden bills clarify that existing laws governing federal expenditures to improve water infrastructure should result in public benefits, such as reducing imbalances between water supply and demand or increasing ecological resilience to climate change. Because Reclamation has at times struggled to make investments that result in broad public benefit, this new guidance under the Udall and Wyden bills would be a welcome improvement.

The Udall and Wyden bills would help address the West’s infrastructure needs, improve regional water security and ensure a future in which the agricultural, environmental, municipal and recreational sectors will thrive. For such places as the Colorado and Rio Grande river basins – hard-struck by climate change and drought – these bills would provide enduring benefit. The Senate should make passage of these bills an immediate priority. 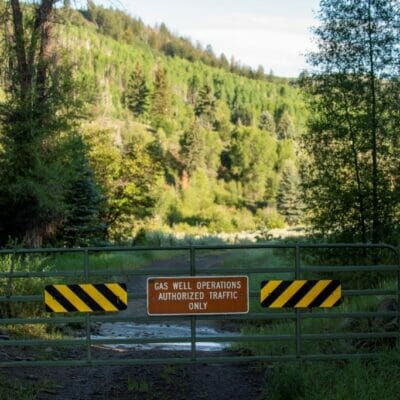