The Snake River is commonly referred to as the “jewel of fly fishing” and “the center of the cutthroat universe.” It is a refuge for cutthroat trout, and many local organizations like Trout Unlimited and the Snake River Fund are working hard to keep it that way.

The river runs along the Teton Mountain range and through the Jackson Hole valley, making it one of the most scenic rivers in the world. With the combination of its beauty, and the fact that it is one of the largest remaining homes for genetically pure cutthroat trout, the Snake River attracts many anglers every year who enjoy the reward of fishing for this unique fish in this spectacular setting.

However, there are many threats being imposed on the cutthroat trout and the Snake River watershed in our ever-changing world. Like many other places all over the world, issues such as climate change and habitat destruction are becoming more and more prevalent, threatening ecosystems and the survival of many species all over. While no cutthroat trout species are listed as “endangered” under the Endangered Species Act, several cutthroat species are listed as “threatened” because of these changes. It is vital that actions are taken in our community to protect this incredible and limited species to ensure they persist long into the future.

Individually, the Snake River is one of the most valuable rivers in America because it is one of the last remaining homes for genetically pure, native cutthroat trout.

In his Fly Fisherman magazine article titled “Wyoming’s Snake River is a Cutthroat Nirvana,” Boots Allen emphasizes the uniqueness of the Snake River and how it is an important resource to protect because it is an oasis for fine-spotted cutthroat trout.

Cutthroat survival relies heavily on this diverse watershed, but in the past few decades there has been a decline in the cutthroat population in this region due to issues such as habitat loss, competition and hybridization with invasive fish species, improper fish passage systems, climate change, water quality and many other threats.

Major tributaries of the Snake River, such as the Henry’s Fork, have seen a near complete loss in Snake River cutthroat due to the introduction of invasive fish species, however, the main Snake River stretch from Jackson Lake to Palisades Reservoir remains a safe-haven for cutthroat and hopefully we can keep it that way.

Although this decline in cutthroat may seem irrelevant to many, it actually impacts everyone in ways you would never imagine. By threatening Snake River cutthroat trout, you are also threatening the health of our rivers which act as veins, supporting ecosystems all over. This threat goes beyond the fishing and river industry, it is about protecting our earth and keeping it healthy. It does not matter if you are a fisherman or a river person, rivers are the life-blood of communities and ecosystems all over the world, and in some way, even if not directly, they affect all of us.

Everyone should want to know that there are still healthy, flowing rivers that provide habitats for unique fish; it would be a sad world without them. In an article from the Snake River Waterkeeper it quotes Stanley Bryer, one of the contributors of The Stream Conservation Handbook, about why everyone should care about these issues.

“Every individual who derives inner satisfaction from the sight, sound and presence of clear, clean water has a responsibility which cannot and must not be ignored. Our water resources are not limitless and, generally, when lost, are lost forever. None of our resources that are worth saving should be abandoned to industry, development or just plain carelessness, without inquiry and a proper fight mounted if deemed necessary,” the article reads.

If action is not taken then the possibility of losing beautiful, healthy ecosystems like the Snake River and native cutthroat will increase, until one day, they are gone forever. Imagine a world without rivers filled with remarkable fish. The day that we lose these species and no longer have healthy, flowing rivers will be a sad day for everyone.

In an interview with Rob Gipson from the Wyoming Game and Fish Department, Gipson expresses why this issue is important. It’s “for future generations to have the genetically pure species,” he says, “It’s like a polar bear, I’ll probably never see one but I want to know that they are there, and I think the same is true for cutthroat, especially Snake River’s. You just want to know that they are there,” he said.

Whether you devoted your entire life to rivers and the species that depend on it, or have never set foot in a river, it is important that we protect this species and make an effort to keep our planet healthy.

For many like myself, rivers are a special place that provide a deep connection to nature and a sense of adventure and solitude. Having grown up fishing and floating the Snake River, I have formed a deep love and appreciation for it. Currently, that river and this species that I have grown up loving are at risk. The thought of losing such an invaluable species and the river it finds solitude in is devastating. That is why I chose this project, as a way to give back by raising awareness about the subject through art.

For my project I have worked on three paintings to represent different top threats to Snake River Cutthroat Trout as well as presenting the beauty and wonder of the species. Many people may overlook these threats or not have any knowledge about the issue so I want these art pieces to act as a call to action by showing the beauty and complexity of these species while also representing what could be lost if nothing is done. The two outer pieces depict two of the many threats to Snake River Cutthroat Trout, improper fish passage and habitat degradation, while the middle one displays the general beauty and uniqueness of the Snake River cutthroat trout. I chose to present this issue through art because I think there is great power in using art to raise awareness.

Art has the ability to shape a viewer’s perspective on something through emotion, truly capturing their attention. In an article from Princeton University titled ‘Nature’s Nation’: How American Art Shaped our Environmental Perspectives Alan Braddock at the College of William and Mary is quoted for saying, ‘“Art has the power to help us understand these issues and inform our ethical and moral decisions. It also alerts us to issues of environmental justice and ecological inequity, since not everyone perceives places and conditions in the same way.”

The purpose of my artwork is to inform and inspire our community about this threat. People need to start caring about our rivers and the invaluable and threatened fish in them before we lose them, and I hope that my project brings this to light.

It is crucial that as a community and a nation we take care of the land and river that acts as an oasis for this prize fish because if we don’t, we are at risk of losing one of the most beautiful and complex ecosystems. While many rivers have seen a loss in native cutthroat, the Snake watershed has managed to remain as a native cutthroat dominated river, and that is something worth protecting. Things like keeping habitats healthy for fish and allowing fish passage is crucial to SR cutthroat trout’s survival as a species and it doesn’t take much. As a community we can work with and support local organizations like Trout Unlimited and the Snake River Fund to ensure the survival of Snake River cutthroat trout. 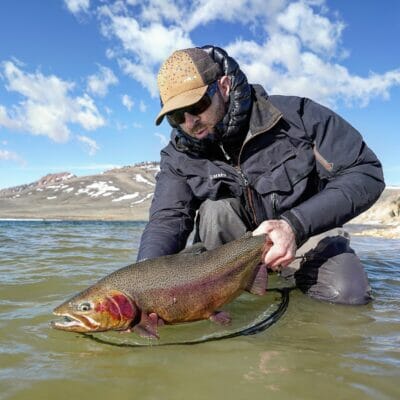 Check out Thin Air Angler for great fishing in Wyoming 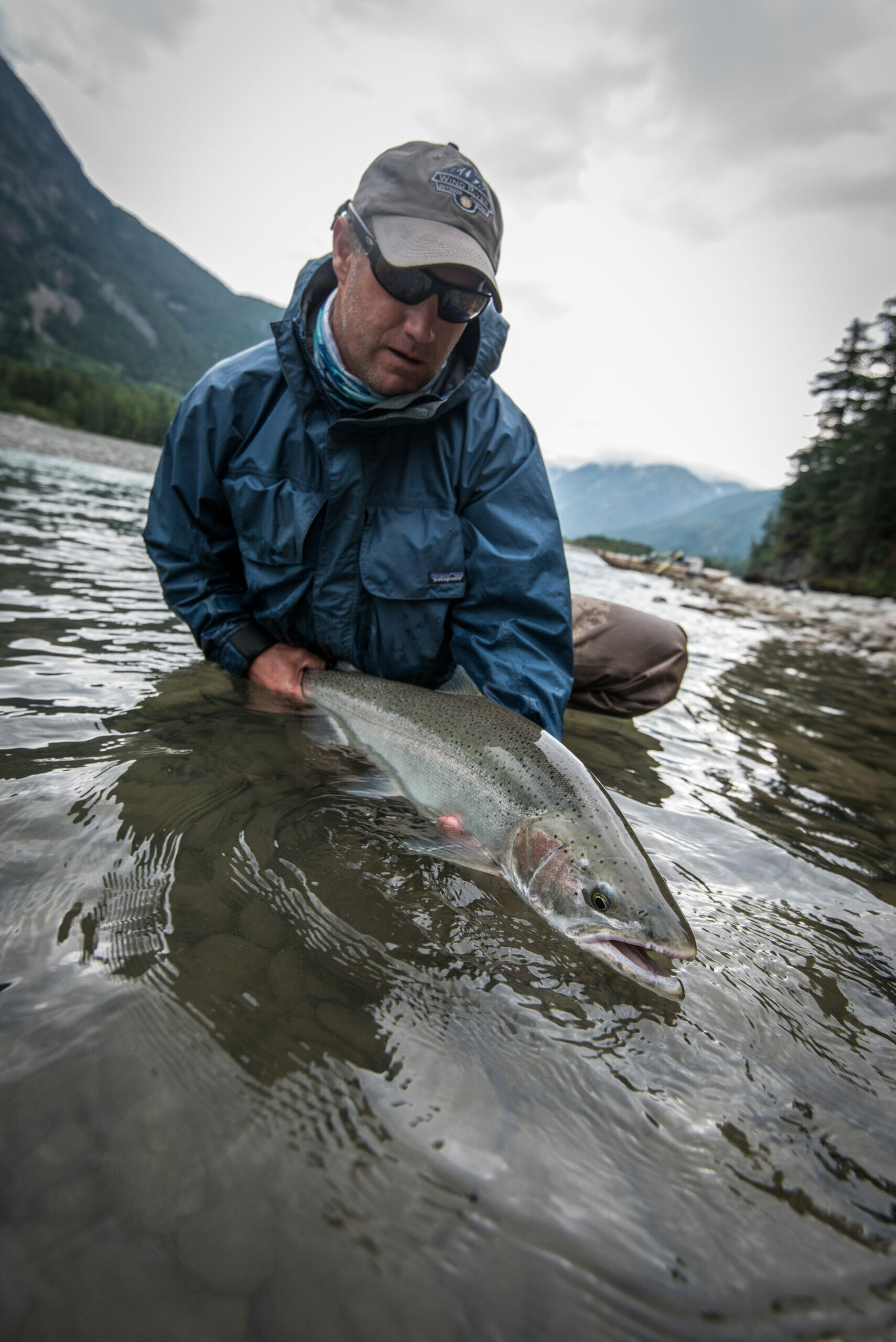 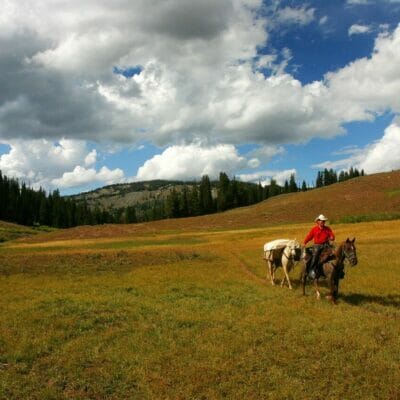 A letter from the Wyoming Range