When an early snow storm with hurricane-force winds toppled trees in a Wyoming town, TU saw an opportunity to help the community recover and support our work

Nick and Hilary Walrath have learned not to be surprised by Wyoming snowstorms in September, but even they were caught off guard by the cold front that hit their hometown of Green River this year.

“The temperature dropped 25 to 30 degrees while we were covering our garden. We knew it was going to be a big one,” Nick said about the epic storm that hit the western Wyoming town on Sept. 7, and left late the next day after toppling trees with 80-mph winds, a solid six inches of snow and a path of destruction in its wake.

When he ventured outside at first light on Sept. 8, Nick was a little surprised, but quite relieved, that their home had not been damaged by the hurricane-force winds.

Others in their community were not so lucky.

“Power was out everywhere, and trees were laying on homes, apartment complexes, buildings and cars all over town,” he said. “The city was just devastated. It was crazy.”

Across town Brad Raney was also out viewing the destruction and trying to figure out how the city was going to deal with all the downed trees and who might be able to help remove them. Nick Walrath came to mind.

“I called him and asked if he wanted some trees,” said Raney, who serves as the Green River Parks and Recreation director. “It was as simple as that.”

Walrath, who works for Trout Unlimited as the Green River Project Leader, has been coordinating with Raney on a plan to restore eroding riverbanks in a city park. The project requires trees — lots of trees.

The project at FMC Park along a stretch of the Green River known as Scott’s Bottom wasn’t scheduled to get going until the fall of 2021, but Walrath recognized he could supply needed materials for the restoration work and help his community clean up damage done by the storm.

Walrath was able to secure the services of Longhorn Construction to start removing trees and hauling them to a holding area.

As it turns out, the trees toppled in the storm will also be a better fit for the restoration work.

“These are three or four times the size of trees I normally get for projects and they still have the root balls,” Walrath said. “The root ball and 15 to 30 feet of attached trunk is key for securing the tree in the river and keeping it in place during high flows.”

They don’t have an exact count yet — around 60 — but Walrath believes the trees gathered primarily from the city cemetery and other locations around Green River will be enough to complete the Scott’s Bottom Project.

“The hardest-hit place in all of the city was the cemetery. There were many 100-year-old spruce trees,” Raney said. “I would describe myself as highly unemotional, but walking through the cemetery and seeing all of the destruction was an emotional experience.”

Raney told Walrath what TU and the contractor did in a week at the cemetery likely would have taken the limited crew he has available two months to complete. The city crew was able to focus on other critical areas and the town of Green River saved money as well.

“It was either a coincidence or miracle depending on how you look at it,” Raney said about the planned project. “This partnership was a win all the way around. It saved the city money and time, parks — including the cemetery — returned to normal sooner. It should also reduce the overall cost of the project proposed by Trout Unlimited.”

FMC is a popular 637-acre city park with a playground, picnic areas, archery range and access to the Greenbelt Pathway. It is a place Nick and Hillary often take their two young daughters.

A bridge upstream of the park causes unique downstream currents, putting the bridge at risk and causing severe erosion issues along the river in the park. Experts estimate roughly 1,600 tons, or 100 dump trucks, of sediment fall into the river each year at the park.

“The bridge and the walking path along the Green will be compromised if nothing is done,” Walrath said.

In addition to bank stabilization at FMC Park, the project includes a new boat ramp, giving people another access point for floating the Green and will also provide better fish habitat.

“It is really sad what happened to all the big trees in town and the damage the storm caused,” Walrath said. “I’m just glad we were able to be a part of the cleanup effort and take advantage of the opportunity to reuse the trees for this important project.”

Raney plans to take advantage of the new habitat and boat ramp created along FMC Park in the coming years. Knowing intimate details of the Scott’s Bottom project will likely bring a smile to his face when floating past the site.

“I’m not much of a fisherman, but I will most definitely spend some time fishing in the area when the project is complete,” he said. “It will be especially meaningful to me to know where each of the trees came from to provide new fish habitat and protecting a beloved park.”

Brett Prettyman is a communications director for Trout Unlimited. He is based out of Salt Lake City. 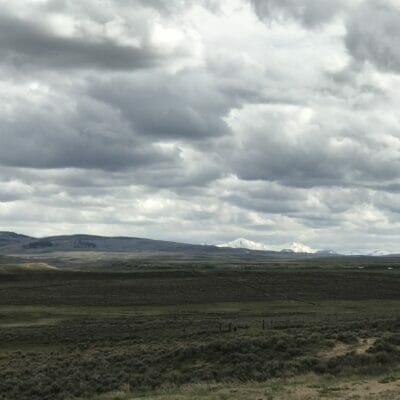 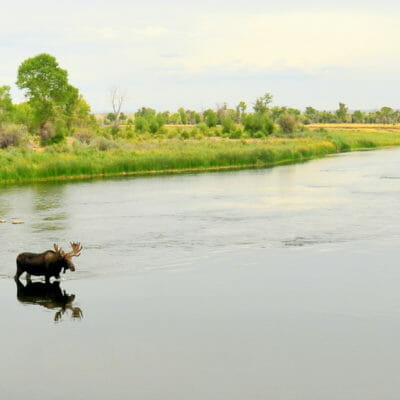 Join us for the #CleantheGreen2020 campaign