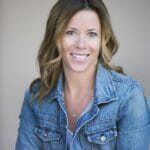 In memory of the beloved founder of the Jackson Hole Fly Fishing School, local teenagers are cleaning up waters he cherished

Last May, we lost John Spencer “Spence” Morton, founder of the Jackson Hole Fly Fishing School. He was only 38, but he left many indelible moments with so many in the community, not to mention all the people from around the world that he guided on our rivers. For my teenage son Beckett, the times the two spent fishing and becoming friends will never be forgotten. They will always bring back warm memories.

Beckett and I had a hard time coping with losing Spencer. The grief was black and blurry. He meant so much to us.

We discussed how, maybe, we could find some joy and energy by planning something to honor him. To pay back the bounty of time with him. He didn’t just give to us, but to his clients, his family, his friends, and to the local Trout Unlimited chapter.

As the months passed, Beckett, who is 16, pondered exactly how best to memorialize Spence. At the end of September, he had it—inspired by the fly fishing camp for kids that Spence had run for years, Beckett would create a local stream cleanup crew for teenagers that would work around Jackson to help conserve trout habitat. They would start on a stream running through Jackson, Flat Creek.

He sent a message to the board of the Jackson Hole TU chapter laying out the details of the cleanup, but began with what was most important.

“I have decided to start a new event because of the impact Spencer Morton had on my life,” he wrote. “From him I learned patience with different fishing environments and also that we are blessed to have the quality of fishing that we know and love.”

The board immediately supported the cleanup and applauded Beckett for taking on a leadership role for his peers. Beckett was excited, and he began inviting friends from the school and the community. But as the date of the cleanup approached we started feeling sullen about our loss. Remembering our favorite stories about Spence helped.

Beckett told me one from when he was a 10-year-old at the kids’ camp Spence ran.

“My friend August decided to hop into the driver’s seat of Spence’s big maroon van and turn it on,” Beckett said. “He proceeded to rev the gas pedal and I think he moved it into gear, and we started driving. We only made it about 20 feet, but it was one of the funniest experiences of my life! Spence jumped into the passenger seat and grabbed August. He handled it amazingly and we were able to keep fishing that day.”

My personal favorite was a story we asked Spence to retell every trip we took with him down the Green River. Spence was floating with clients and got lost in the talking and the fishing. Everyone was so engrossed in casting or rowing or sighting fish that Spence missed the main channel and ended up in an irrigation channel. He and the clients had to jump out of the boat and shimmy and drag it over land to the river.

I imagine he often retold a story about a memorable day we had with him on a special eddy of the Green River. We passed through the eddy the first time and Beckett landed a 16-inch trout. Spence circled back and Beckett hooked an 18-inch fish. A third pass through that eddy and Beckett outdid himself again with another brown trout, this one more than 20 inches.

Spence was crafty, authentic and humble. I know Spence had his Jackson Hole Fly Fishing School guides understand the importance of high-level instruction and fun, but also an ethic to uphold the rules. This was Spence, a gigantic storyteller with humble generosity and immeasurable values.

On the day of the event, a cold October rain fell all day. We layered up and made a few calls to ensure Beckett’s close friends would still come. We met up at the Orvis alongside the creek.

I have to say, I had butterflies, like somehow Spence had gotten word and was going to arrive too.

But as we started our work in Karns Meadow, the boys joked with each other and it lightened the mood.

Grabbers, gloves, and trash bags in hand, we collected some scattered barn insulation first, then we wound our way down the banks and into the willows, grabbing scraps of plastic and cans. We found discarded spoons, straws, and tobacco lids. There were pieces of wood with nails and more plastic and Styrofoam wrappers of all shapes and colors. By the time we reached the bridge, our trash bags had grown heavy.

Back at Orvis, manager Maggie Heumann, who serves on the Jackson Hole TU board, told me that a fall Flat Creek cleanup had been in the back of her mind for some time. The staff had done a couple of cleanups behind the store, but it always piled up quickly. When Beckett reached out, she said, “it was like music to my ears.”

“Working for a business that is located right on Flat Creek made it easy to see the problems, and it brought me joy knowing that our local youth had the same cares and concerns,” she added.

More than 75 pounds of trash was collected from Flat Creek. Everything went into the dumpster behind the store, and we felt gratified that these waters felt pure for the trout going into winter.

A week later, Tote Turner, a local board member, sent us a message, his words coming alive, and they now echo like a rock skipping over water. “It is because of young conservationists like Beckett Maher, Trout Unlimited and its surrounding resource will be around for generations to come. I am proud of him for identifying a need, alongside one of our critical spawning tributaries, and taking action to clean it up. He is an inspiration to anglers of all ages. Thank you, Beckett.”