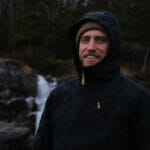 In the Rio San Antonio, TU is working to restore a vital and vulnerable watershed.

The spectacular landscape notwithstanding, it’s the still-productive habitats in this watershed that make it a conservation priority for Trout Unlimited and our local partners.

The Rio San Antonio is born along the continental divide and tumbles through aspen forests, sub-alpine parks, and stands of mixed conifer before snaking east through sagebrush plains towards San Antonio Mountain. Along the flanks of this peak the river flows through a rugged canyon, merging with the Rio de Los Pinos just across the Colorado border.

The story of the San Antonio is one of hidden treasures. Seasonal waterfowl, a large elk population, and a unique high-country herd of pronghorn are some of its natural riches. San Antonio Mountain is significant to many tribes and pueblos — its unique dacite basalt was used for tool-making for over five thousand years.

But beginning in the late 1800s, a mining boom dramatically increased the human footprint in this watershed. Eventually, two million sheep grazed the landscape, and several million board feet of timber were harvested. When these riches played out, a network of roads, bare soils, and abandoned mills remained.

Conditions in the Rio San Antonio reflected this land use history. But native fishes somehow persisted.

These impacts, combined with intense storms, produced two massive flood events in 1911 and 1938. The 1911 event was not recorded by a gauge but is said to have been even larger than the flood of ’38, which remains to this day the highest peak event on record in this watershed.

The magnitude of these floods caused a sediment deposition on the floodplain of the Rio San Antonio so extraordinary that the impacts are still evident more than a century later.

Since then, the stream has not had sufficient power to re-right itself. The current channel is overly wide and shallow, providing little trout water. The thick layer of cobble holds no soil for stream side vegetation and therefore no shade. Add rising temperatures and prolonged drought to the mix, and the Rio San Antonio now frequently exceeds 80 degrees F in the summer.

Yet native fishes in the Rio San Antonio are hanging on.

In 2020, Trout Unlimited began investigating cutthroat trout distribution, habitat conditions, and the potential for native fish to persist in the San Antonio in the face of climate change. This watershed characterization study has yielded new discoveries and produced successful partnerships — and sounded the alarm.

In 2021, Trout Unlimited identified a previously unknown population of Rio Grande cutthroat trout in the San Antonio. These trout have survived against all odds. While their resiliency is nothing short of remarkable, their legacy on this landscape will be lost if we do not act quickly to restore this vital, and vulnerable, watershed.

Thanks to funding from the National Fish and Wildlife Foundation, the Enchanted Circle Chapter of Trout Unlimited, and the New Mexico Department of Game and Fish and the support of other key partners, including the Carson National Forest and local grazers, TU’s Upper Rio Grande Initiative is now leading major restoration efforts in the Rio San Antonio basin.

Using data and surveys from our characterization study, TU has launched an initial restoration project in the upper Rio San Antonio, where we plan to restore up to seven miles of stream.

But many more restoration opportunities in this important watershed aren’t yet being planned, designed or implemented.

If we are to be successful in keeping rivers and native trout from going belly up over the next 100 years, in northern New Mexico and across the West, it will require additional capacity and support at the local level. Strategic policy and solid funding, such as that provided for restoration of “natural infrastructure” under the Infrastructure Investment and Jobs Act (passed last year, with strong support from TU), will help.

In the high desert of northern New Mexico the adage “water is life” is murmured in every land management conversation, yet we’re still woefully behind in addressing the problems facing our most precious resource. But we are making progress.

In many ways, the Rio San Antonio is representative of hardworking stream systems all over the West. Not only is it important for native trout —its waters are also the limiting factor for wildlife and livestock that graze the land.

Trout Unlimited works hard to build bridges between agencies, funders, landowners and land users, and the public to keep river systems like the Rio San Antonio productive for both fish and people. Our staff and volunteers care deeply for our native fish — and for our landscapes and our communities. This formula has proven effective in hundreds of watersheds across the country.

But we must continue to prioritize planning and funding for watershed restoration and the partnerships that make it happen, on both public and private lands, so that our children can enjoy healthy fisheries in their home waters.

To support or learn more about TU’s restoration work on the Rio San Antonio and in the Upper Rio Grande River watershed, go here, or contact Garrett Hanks at ghanks@tu.org.