Considering the existential threat to mankind imposed by the climate crisis, I am sometimes a bit sheepish discussing climate change in terms of the impacts to our salmonids. But, we are Trout Unlimited and our mission is to protect our fishy friends we occasionally like to say hello to on the end of a line and that help generate a substantial amount of dollars through the recreational fishing industry. While climate change can be a direct stressor on coldwater species like trout, it also intensifies existing stressors that affect us all like flooding, fire and drought. How much risk are we willing to take? What is Trout Unlimited doing?

I would like to introduce everyone to the Climate Change Workgroup Message Map. This document outlines a road map for accomplishing the following goals of the National Leadership Council (NLC) Climate Change workgroup: raise awareness of climate change, utilize TU’s non-partisan outdoor sportsmen’s and women’s voices on adaptation and mitigation issues, and build capacity and diversity within the organization through strategic partnerships. Like any road map, there multiple routes that councils, chapters and grassroots members can take to assist the organization to reach its “climate” destination. This is truly a “one TU” moment where everyone can pitch in, moving in the same direction.

Before we explore the road map and continue on our journey, I think it’s important to understand how we arrived at our present location. For Trout Unlimited, work on climate change began in the early 2000s with cap and trade policy. With the realization that climate change threatened our National Conservation Agenda, the Climate Change Workgroup was formed in 2013.

In 2014, climate change awareness was added as a critical focus area within the National Conservation Agenda and in 2015 a resolution developed by the workgroup led to creation of the TU Policy Statement on Climate Change and Responsible Energy Development by the Board of Trustees, followed by a Policy Foundation Statement for TU Action in 2016.

We’ve also completed several polls to take a pulse on the organization at various levels. TU grassroots leadership was surveyed in 2014. Results indicated leadership believed climate change is real, is degrading cold water habitat, and has a man-made component. A survey of the membership in 2017 and TU businesses in 2018 raised similar concerns. In May we sent out another climate change poll to TU members to solicit feedback.

Let’s take a closer look at the message map. Why are we doing this? Climate change is already impacting our cold-water resources. Adaptation measures like habitat improvements, at the core of TU’s mission, moderate the negative impacts of a changing climate. However, mitigation by reducing carbon will be necessary to avoid the most serious threats to our native salmonids. There are several recent workgroup initiatives with which councils and chapters can help.

I cannot stress enough the importance of having someone in this volunteer role to just start the climate change conversation within council and chapters.  Climate Change Coordinators can help the council/chapter identify climate change champions. This has the potential to bring in non-traditional members and add diversity to the organization.

Coordinators can also communicate climate change awareness at the grassroots level by utilizing the resources on the NLC Climate Change Workgroup page,  invite speakers from organizations promoting solutions to facilitate TU’s Climate Policy goals of transitioning to clean energy, coordinate with your Conservation Chairs to design features into habitat projects and incorporate climate change into your council/chapter’s strategic plan.

We have also been partnering with Citizens’ Climate Lobby in support of the Energy Innovation & Carbon Dividend Act. Because climate change has already begun to alter our nation’s lakes and rivers in many of the places we love to fish and recreate and our work to build resilient watersheds fisheries is not enough, substantial carbon emissions reduction – getting at the root of the problem – is an essential part of the equation.

Trout Unlimited views the Energy Innovation & Carbon Dividend Act as a strong start that Congress should seriously consider. It is a bipartisan, market-based approach that will reduce America’s emissions by at least 40% in the first 12 years. Trout Unlimited is encouraging councils and chapters to partner with your local Citizens’ Climate Lobby chapter on climate advocacy and joint presentations.

Other positive bills are in the offing, such a bill to encourage carbon capture in our agricultural and forestry landscapes, and TU will evaluate each prospect as it comes along to see if it can help move our agenda forward. Thus we will likely support more than one bill in the future, as climate change covers so much has so many aspects to it. The TU Climate Change roadmap will help to keep TU members informed about which bills we support and why, and will provide links to take action to support them.

Trout Unlimited is positioned to lead on the climate issue. Building partnerships and coalitions is something TU does well and we are always looking for opportunities to partner with other like-minded groups. Expect more exciting announcements moving forward.

We are often asked by the grassroots for tangible things that one can do to help combat climate change.  I urge everyone to check out the “What can I do?” section of the road map. Something as simple as talking about climate change is important. You can help increase awareness by sharing our climate change resources. Get involved with habitat projects or angler science. Discuss climate change concerns with legislators during stream walks or in-district visits or even better while fishing with them.

Of course, there are many opportunities daily to reduce our own carbon footprint. This is a personal choice, but every step no matter how small, taken together, gets us further down the road, closer to TU’s vision to ensure robust populations of native and wild coldwater fish for the next generation in their home waters. Let’s do this.

Brian Wagner is chair of Trout Unlimited’s National Leadership Council (NLC) Climate Change workgroup. He is a life member of TU and past president of the Pennsylvania Council. He lives in Nazareth and most of his angling adventures include chasing wild browns and native brook trout in his home waters of the Lehigh Valley and Pocono Plateau. 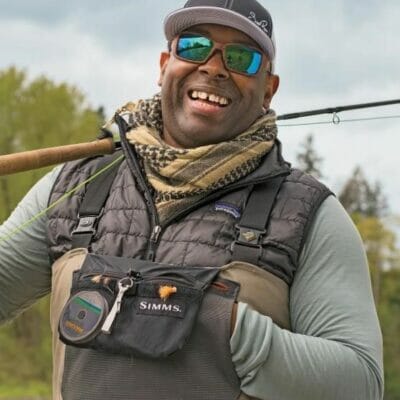 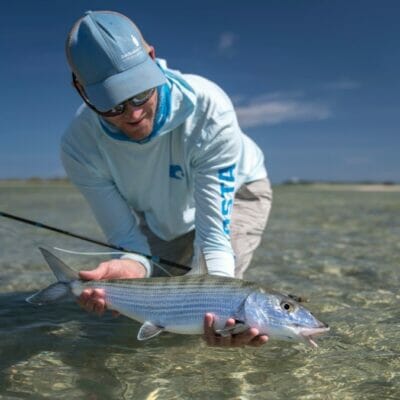